New Jersey Democratic State Committee Chairman John Currie this afternoon reacted to the loss of Nancee May of Burlington, the

President of the New Jersey Federation of Democratic Women.

“A dedicated public servant, Nancee May was a champion for women, a passionate Democrat, and a miraculous organizing force,” said State Democratic Chairman John Currie. “Nancee is responsible for jump-starting the state Democratic women’s organization and helping it to more than 1000 members with chapters across the state.”

Retired Assembly Speaker Joseph J. Roberts Jr. (D-5), also a close personal friend of Ms. May, added, “Nancee May was one of the most thoughtful and generous people I have ever met. I am one of countless people who were remembered by her on every birthday, milestone or holiday. She made everyone feel special. No matter the challenges she faced in life, and they were many, she was always the most positive person in the room.”

In addition to involving herself in political campaigns at the local, county, state and national level, Ms. May was the first woman from Garden State to serve on the board of the National Federation of Democratic Women (NFDW) as its first Vice-President, a position she won after acting as the Eastern Regional Director.

Until her unexpected passing, May was serving as the federation’s Political Action Committee Treasurer, and poised to win election as the national organization’s President — a post that would have earned her a seat on the Democratic National Committee.

Nancee May was also the first woman in history to gain a seat on Riverside’s township committee, a position she held for a decade. And, in 2007, May was appointed as the Legislative Liaison for the New Jersey Department of Agriculture, a position that involved liaising with local, county, state and federal elected officials.

Additionally, May served on the Board of Directors for the New Jersey Association for Elected Women Officials, a bi-partisan women’s political organization. 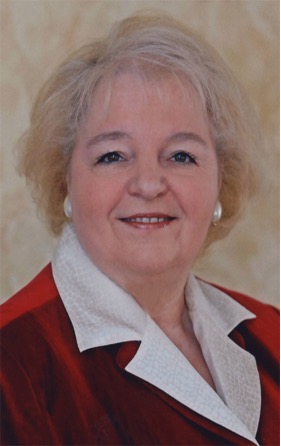