NEWARK – There may be a trio of potential 2017 Democratic gubernatorial candidates trying to get New Jersey voters to dance to their tune. But two party stalwarts have recently shown evidence that they might want to make that electoral orchestra a quintet.

Interestingly, both Lesniak and Codey seem to be forming strong alliances with Newark Mayor Ras Baraka, a strong Fulop ally. Lesniak was seen embracing Baraka at a Newark protest rally on Thursday, while Codey stood steadfastly by Baraka’s side during last year’s contentious Newark mayoral campaign.

Yet Lesniak and Codey don’t seem to have given up on seeking the top spot in Trenton for themselves.

Exhibit A, as in airport: as he marched in the protest on Thursday in support of Newark airport workers, Lesniak made it clear that he would he interested in running for governor.

“Very much so. This state needs some leadership, like this, to stand up for workers, for jobs, and to change our direction,” Lesniak said. “[Republican Gov. Chris Christie’s] policies have failed. And now, his policies are either directed by out-of-state interests or are not attended to because he’s too busy promoting his presidential ambitions.”

Exhibit B, as in Bergen: Codey, who served as New Jersey’s governor from 2004 to 2006, walked up to Bergen County Democratic Chairman Lou Stellato shortly before he ceremonially swore in Bergen County Executive Jim Tedesco earlier this month. All three Democratic gubernatorial hopefuls most named by New Jersey political observers as the leading potential candidates were in the room – Fulop, Murphy and Sweeney.

But Codey, who led a September 2014 Fairleigh Dickinson University PublicMind poll of potential 2017 gubernatorial candidates, sidled up to Stellato with a smile and a sly comment.

“When are you going to tell people that I’m your candidate?” Codey asked as PolitickerNJ looked on.

And with that, Codey sat back down, surveying the scene, still smiling. 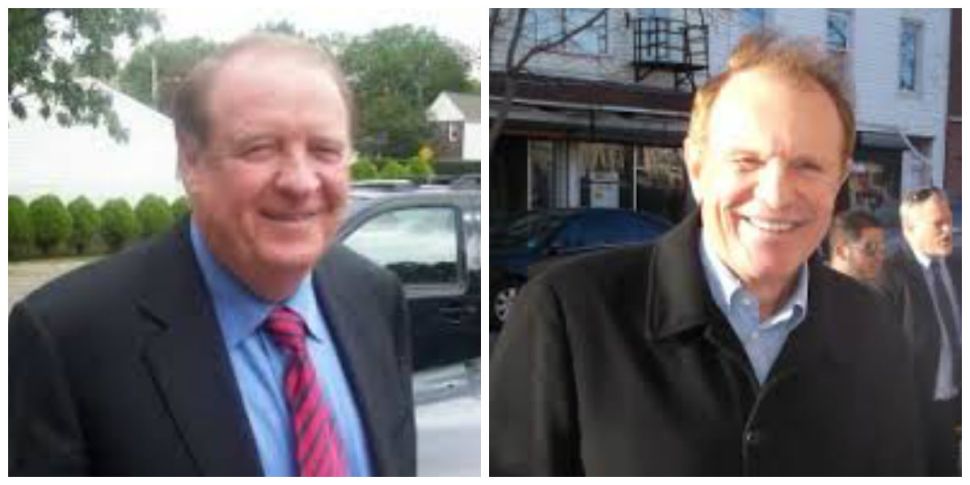