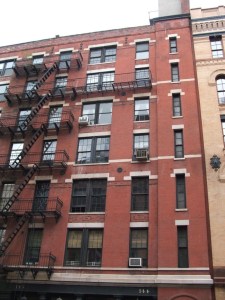 The one-time feta and olive oil factory at 144 Franklin Street.

Despite an illustrious music industry career, the Australian rock producer and engineer Victor Van Vugt never got to work on the most hallowed output of his most famous clients, 80s electronic heroes Depeche Mode. It has, anyway, been some time since the band’s 1990 record, Violator, went triple platinum; after all, nobody buys albums anymore. But he’s stayed busy enough in the interim, applying his talents to recordings by Nick Cave and the Bad Seeds, P.J. Harvey, Voxtrot and Gogol Bordello, among others. And surely at least one of them has seen some respectable royalties out of iTunes, et. al.

Mr. Van Vugt and his wife, Felicia, seem to have done well enough, anyway, for a 3,000 square-foot Tribeca loft occupying the entirety of the third floor of 144 Franklin Street, which they’ve just unloaded for $5.425 million, according to city records. The couple paid $2.456 million for the co-op, which is housed in a former olive oil and feta factory, in 2005; it’s unclear whether they received a discount back then due to any lingering, er, Mediterranean aroma. The buyer this time around was the dreamy-sounding but otherwise anonymous Miraj Patel, while Shii Ann Huang, of Corcoran, had the listing, which emphasizes the apartment’s “artist’s” bonafides. 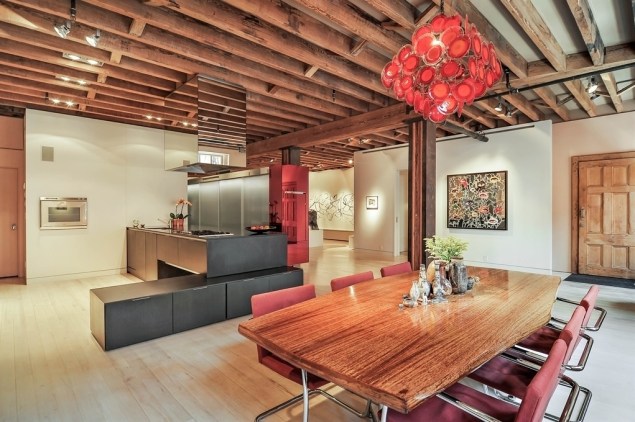 We imagine that whoever lives on the second floor will be glad to get rid of the artist upstairs—although chances are Mr. Van Vugt has a collection of really, really nice headphones—and Mr. Patel is doubtless pleased with the departure, too. The space, redesigned by the Norwegian architectural firm, Tupelo, has beautiful exposed rafters throughout much of the living space, plus cast-iron columns and “hand-oiled” maple floors, which sound like kind of a lot of work? There’s also an “art meets function” variety mirrored storage unit, evoking “a Jeff Koons sculpture,” in the listing’s estimation.

As it happens, it seems that Mr. and Ms. Van Vugt actually have one of those, too; Mr. Koons’ Old English Sheepdog appears in a listing photo, set on a pedestal in the living room.

This, clearly is new Tribeca—no olives or feta in sight. 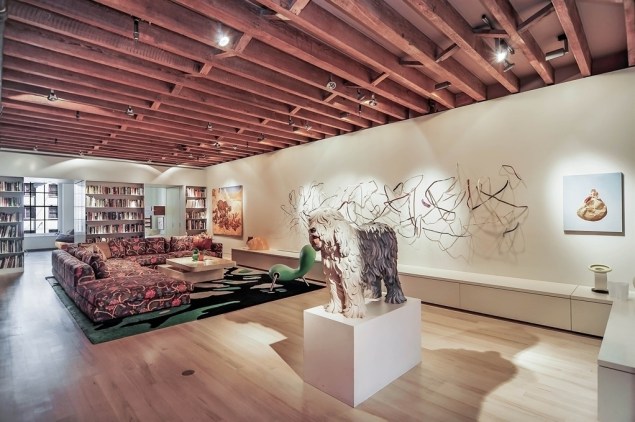 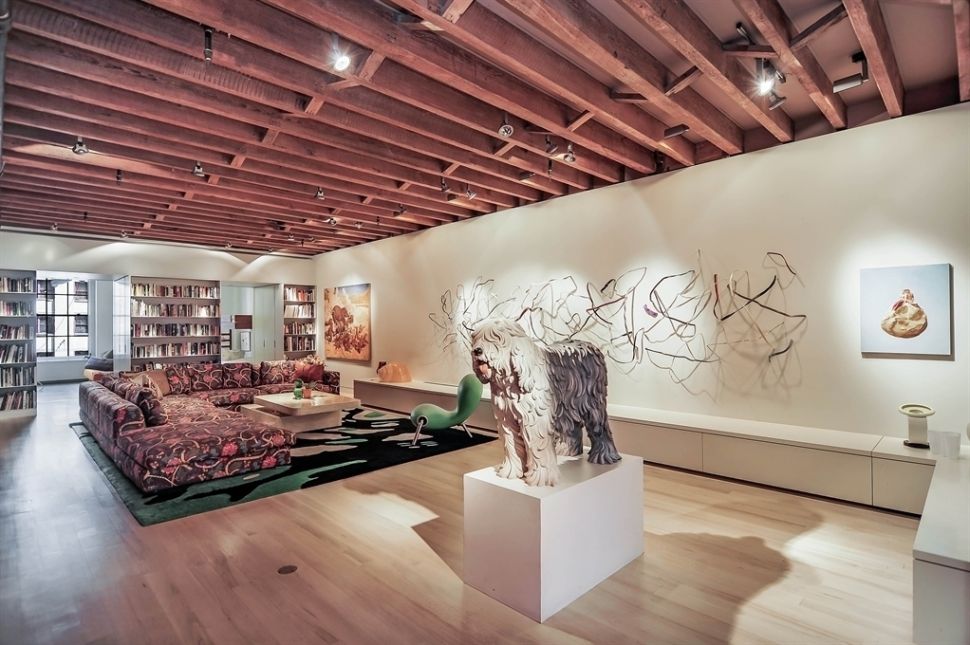