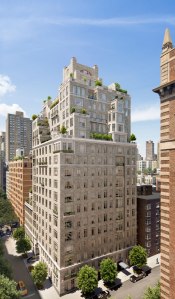 When back in September the New York Times described the Robert A.M. Stern-designed 17-floor condo tower at 20 East End Avenue, which opened its doors to buyers late last week, as an exercise in “scaled-down luxury,” the paper may have been overstating the case. That, anyway, is what Edward Baquero, the president of the building’s developer, the Corigin Real Estate Group, told us recently when we spoke with him about the project by phone.

Of course, the very term “luxury,” has in the last few years grown so inclusive as to be quite nearly meaningless, at least as it applies to New York City real estate. But still, a $4.5 million two-bedroom, 20 East End’s most modest offering—for now—is very few people’s idea of scaled down anything, to say nothing of the more than $25 million for which a pair of penthouses are eventually anticipated to enter the market. (The notion of “affordable luxury,” to which the Times story skated quite near, has been the subject of not-infrequent snickering among the high-end broker community.)

In the case of 20 East End Avenue, there is also the matter of the development’s aesthetic and inspirational genealogy to consider.

“We thought a lot about the greats from the 20 and 30s,” Mr. Baquero recalled. “We thought about Candela and Carpenter—740 Park was a big inspiration, not just for the interior but for the exterior.” Indeed, renderings for the building, which is slated for move-ins in May of next year, show upper floors cropped by successions of recessed balconies sporting limestone balustrades and lush greenery, like some opulent Escher composition. It’s an architectural style to which Mr. Stern, the designer of 15 Central Park West—until recently the record holder for most expensive residential sale—is no stranger, and certainly not one affiliated with humility or restraint. 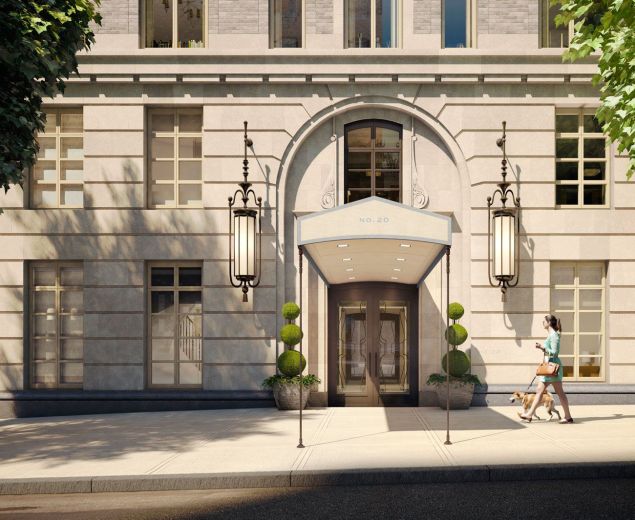 Mr. Baquero allowed, however, that there was some belt-tightening associated with the condo—compared, anyway, to 15 CPW. There’s no pool, for example, which the developer (and pretty much everyone else) considers an oft-underused amenity that unduly inflates maintenance costs. Floor areas in many of the units—the none-too-quaint penthouses will top 6,000 square feet—will meanwhile be reduced to accommodate buyers without need of two and three maid’s rooms. Common space, Mr. Baquero said, “was designed to be an extension” of owners’ homes, with a billiard room and library, a youth-focused “junior lounge” and a wine room with private lockers where the developer imagines buyers might “store their cordials.” (Mr. Baquero’s apparent belief in the abiding popularity of cordials made us wonder whether he hadn’t perhaps drunk too deeply of the early 20th century romanticism that helped bring the project to life.)

It was a preoccupation that appeared to carry over to his appraisal of Mr. Stern, an artiste he felt privileged to work with and whom, he said, he considered to be in the midst of his Blue Period. Buyers already seem to be sampling the Kool-Aid—er, cordial. Of the 43 residences, which benefit from 27 unique layouts, three will be townhouses sprawling 5,000 square-feet each and asking $10 million a piece to start; at the time of our discussion, seven units were already in contract. 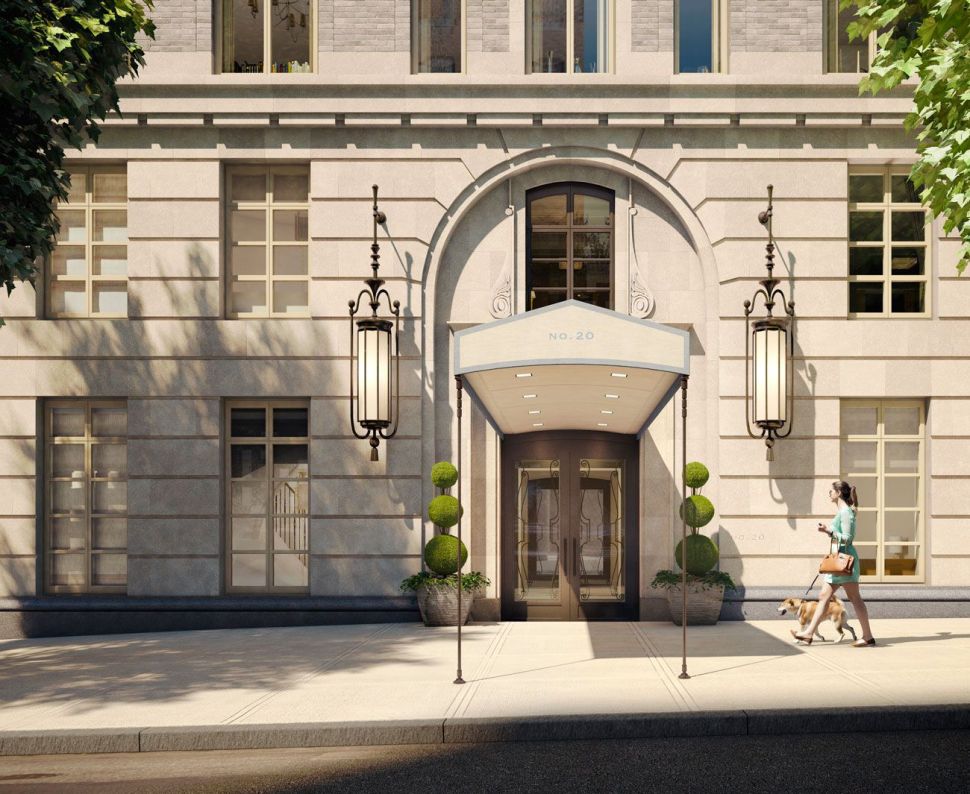