Leonard Litwin, whose company Glenwood Management is believed to be the unnamed Developer 1 in the complaint against Assembly Speaker Sheldon Silver, was on a list Mayor Bill de Blasio released today of members of his host committee seeking to bring the 2016 Democratic National Convention to New York City.

The 100-year-old Mr. Litwin—known for his massive donations to Mr. de Blasio and Gov. Andrew Cuomo, among many others—is one of 119 committee members hailing from the upper echelons of the worlds of finance, real estate, organized labor and politics. Last week, Crain’s New York noted that Glenwood Management, a luxury real estate firm, fits the description of “Developer 1” in U.S. Attorney Preet Bharara‘s corruption complaint against Mr. Silver.

According to Mr. Bharara’s office, Developer 1—not charged with any wrongdoing—hired the law firm Goldberg & Iryami as its lobbyist for matters before the state on Mr. Silver’s advice, knowing that the powerful speaker received lucrative referral fees from the firm.

Mr. de Blasio’s office did not immediately respond to requests for comment. In his statement announcing the members of the host committee, Mr. de Blasio argued that his slate of organizers and fund-raisers represent a broad cross-section of New York’s best and brightest.

“As we head into the final weeks of the selection process, it’s more critical than ever that we show the DNC that New Yorkers are enthusiastic and united in our desire to bring the convention back to New York City,” the mayor said. “We are so proud to have the support of this diverse group of leaders who represent everything New York City has to offer. We’ve significantly outraised the other cities competing to host the convention, and we are well on our way to reaching our goal of a $100 million convention. Add to that the support of these 10 co-chairs, New York City is in the strongest position to execute an unforgettable convention.”

A source familiar with the effort to bring the convention to Brooklyn told the Observer that Mr. Litwin was named to the committee last year, prior to Mr. Bharara’s claim against Mr. Silver.

This story has been updated to reflect that Mr. Litwin was not added to the list today, and to include additional infomation about his time on the committee. 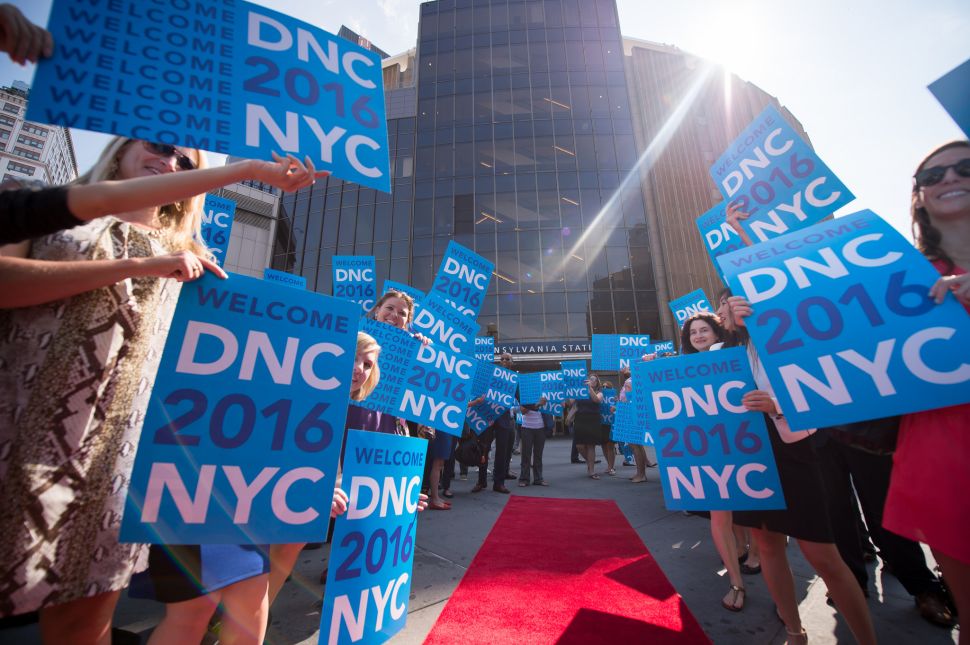