Jude Angelini, often known as DJ Rude Jude, stopped by the Observer on Monday night to talk music, growing up next to Detroit, and his recently published memoir, Hyena. The Sirius XM radio host self-published the book in mid-2014 and signed a deal with Simon & Schuster to republish it a few months later. Mr. Angelini, a 37-year-old native of Pontiac, Mich., now living in Los Angeles, is gearing up for a public reading from his memoir at KGB Bar in the East Village on Thursday—one of many readings around the country. He gave us the lowdown on what fans should expect to hear and what compelled him to write the book. The “shock jock”-turned-memoirist also let us know about the allure of Fleetwood Mac.

New York Observer: You self-published Hyena and then republished it with Simon & Schuster. What was the motive for writing the book in the first place?

To be honest, I was insecure about my writing. I don’t know where the dash goes and I still don’t know what a goddamned semicolon does. But I made myself write everyday for an hour and I did it for years. That’s how I came up with the book. I published it on my own at first, because I still wasn’t entirely confident in my writing. I was afraid if I took it to major publisher, they would be like, “What the fuck is this? Who wants to hear about you getting peed on?” Apparently, though, a lot of people do.

You’re doing a reading from the book at KGB Bar later this week. What should people attending expect?

A lot of its about cycles. I sit down and read you a story, I take questions, I tell you where I’m coming from, and then I read you another story. We’re all on our phones, we’re all connected and we’re all texting and liking, but we’re missing that human contact. Deep down, that’s what we really thirst for. A lot of the people that are buying the book, they’ve been listening to my show and I’m in their ears everyday, so it’s intimate. To be able to just chop it up with any of those people for a moment is a beautiful thing.

What’s the premise of the book?

In a lot of ways, it’s about me trying to like myself. It’s about me trying to cope with myself, and it’s about the cycles that we get involved in. There’s no neat little bow to tie it all up. It’s messy, but that’s what life is. Life is fucked up and funny and that’s the book. It’ll break your heart, it’ll piss you off, or it’ll make you laugh. I don’t make it easy to like me though, because that’s lazy writing. I sometimes wonder if people in their 50s and 60s will read it and think, “This guy’s an idiot.” That’s because I’m not there yet. I haven’t figured it out yet.

Has it been a tough sell?

Why hyena, and not coyote, flesh fly or jungle crow? Just thinking about other scavengers.

That’s the funny thing. Hyenas are scavengers, but they’re misunderstood. They actually are really good hunters. They have a higher kill rate than lions, but you might not think that. They’re scavengers because they have to be. They will get it however they can. They will kill, they will eat off the side of the road, their stomach acids can break down bones. People always like to compare themselves to lions, but most of them are not. That’s like the 1 percent. Most of us have to hustle and grind. You might want to think you’re a lion, but if you got to get up and go work for somebody else every day and you got to scrape your money together to pay rent, you’re a hyena just like me.

You grew up in Pontiac, a factory town right outside of Detroit, in the late ’70s and ’80s. How much has the Detriot area changed since you were a kid?

It’s become more and more desolate. Detroit’s this hot topic right now. It’s all over NPR and it’s really sexy. When I first moved to Los Angeles, if you said you’re from Detroit, people would say, “Sorry.” Now it’s like, “Oh, Detroit!” The thing is, the citizens of Detroit don’t want your help. None of my friends from there are like, “Man, if only somebody from Williamsburg would just move here and open up a juice shop!”

The city’s 85 percent black. You ever look at these documentaries about Detroit? Why are there so many white people in these documentaries? If you meet a white person who says they’re from Detroit, chances are they’re from Troy, Michigan, or somewhere like that. As somebody from outside of the city growing up in the ’80s during the crack epidemic, Detroit was a scary place for suburban people to go to. The first time I went to Chicago, I didn’t know that you could walk around in a city. It blew my mind. And I was walking around in a crappy part of town!

Michigan is awesome, man. We were like the first middle-class. We have space where bands can get together and play together. New Yorkers are lucky enough to be born in the biggest city in America, but we have beautiful summers, a rich culture and a deep history. We’ve got Bob Seger, Iggy Pop, Stevie Wonder and all of Motown. Dr. Jack Kevorkian was from Pontiac, Michigan, born in the same city I’m from, and to me he’s like one of the most incredible people who lived in my generation—a true pioneer and a free thinker who put his ass on the line. That’s a real activist.

In the course of one night I would go see The White Stripes play at the Gold Dollar, or some shit bar down off the Cass Corridor, then I would go to Legends, this local booty club, and listen to DJ Godfather or DJ Assault play some Ghettotech, then I would go to Motor and see a premier house DJ, and once that was over I would go to a rave and see Green Velvet or somebody else that they had flown in to play. That was Saturday. Then the next Wednesday, I would go to Lush and they would have some live hip-hop playing. Detroit in the ’90s was amazing. The city’s very segregated, but at the same time, there weren’t so many places to go to back then, so it forced integration. People from very different backgrounds were forced to get along. Then the money started leaving and the casinos started opening and they closed down a lot of the after-hours places.

Who did you grow up listening to?

I grew up on rap music: Tupac, UGK, the Ghetto Boys. We would get a lot of New York stuff, like Brand Nubian, Boogie Down Productions and Nas, but since we were in the middle, we would also get a bunch of stuff from down South and the West Coast too. I grew up on all of it. No one showed it to me. It was ubiquitous to my neighborhood.

Who are some of your favorite artists right now?

Two Detroit groups that I fucking love right now are Doughboyz Cashout and Eastside Peezy. If you really want to hear music from Detroit of Detroit that Detroiters are listening to right now, this is what it is. What I’ve been listening to the most though is probably Fleetwood Mac.

Ha, that came out of left field.

I used Fleetwood Mac’s Rumors and The Beatles’ Abbey Road to help put my book together. It’s all short stories and I wanted them to flow like an album. We’re in this thing now where you have playlists and no one listens to albums anymore. It’s almost like the ’50s, where it was all singles. I had all of these stories that I needed to put together and I needed them to be cohesive and have an arch. I thought about how I could do that and so I went to classic albums and studied them, just to hear the flow. I wanted to mirror them, and now I’m still listening to those albums. I love that with classic rock and soul people had to practice for a very long time to get good at what they did and what they’re still doing.

With all of that music in mind, do you plan on doing an audio version of the book?

Yeah, I’m definitely going to do an audio version. Money Mark, who did a lot with the Beastie Boys, and I are planning to get together and do it.

You host “The All Out Show” on Sirius XM’s Shade 45 channel. Gotta ask, do you interact with Eminem a lot?

I don’t, but the checks always clear and I’m incredibly thankful for that. I was washing dishes before I got this job. Paul Rosenberg, Eminem’s manager, really helped out with my transition to the show.

You do the show with Lord Sear, who was on “The Stretch & Bobbito Show” in the late ’90s. How did you link up with him?

Rosenberg put the two of us together and told us to get along. It was an arranged marriage and we’ve been able to make it work for 10 years. It’s funny, we just had our 10-year anniversary and we played our first show. Sear and I are the same people we were when we started out together.

What are your plans in the way of future projects? Another book?

My goal right now is to get this book optioned for television or film. I also want to get it on The New York Times’ best-seller list. That gives me something to shoot for. I grew up dirt poor, but we read books. My mother would take me to the library and I would get into medieval fantasy books.

What writers inspire you?

I read one Charles Bukowski book in my life and it made me want to write. After that, I was like, man, it doesn’t look like he knows much about the rules of writing either. Bukowski inspired me to write, but I modeled my writing after Elmore Leonard. The subject matter is nothing like his, the fucking writing is nothing like his, but that’s what I kept in mind when I was writing. Elmore Leonard and also Russian literature. It’s frank and it’s matter-of-fact. It’s like, “And then she killed him and had a sandwich.” I love that. It allows the reader to decide how important that is. 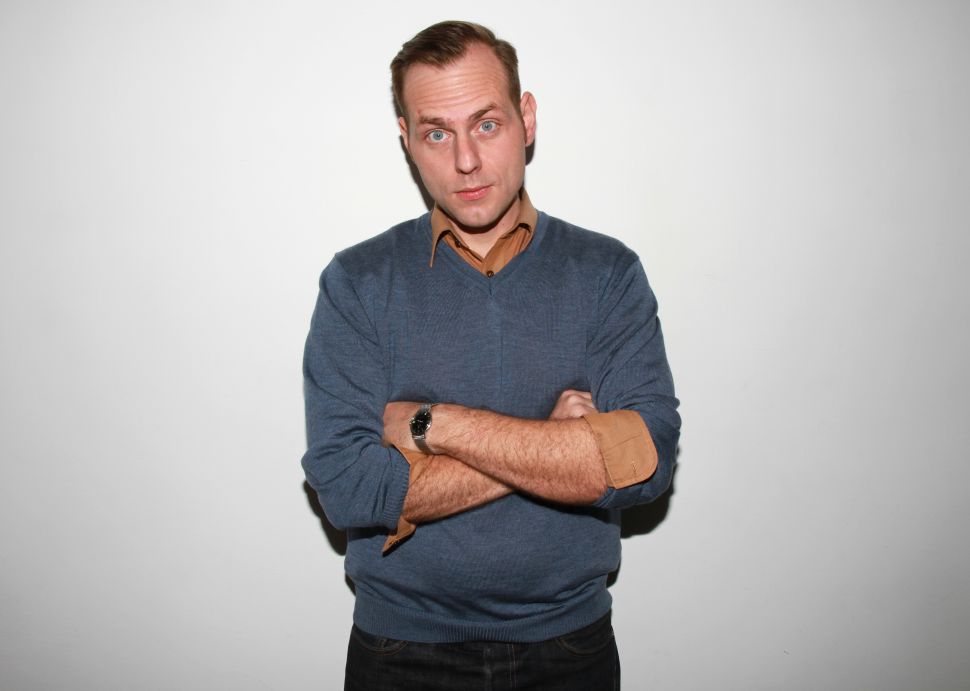