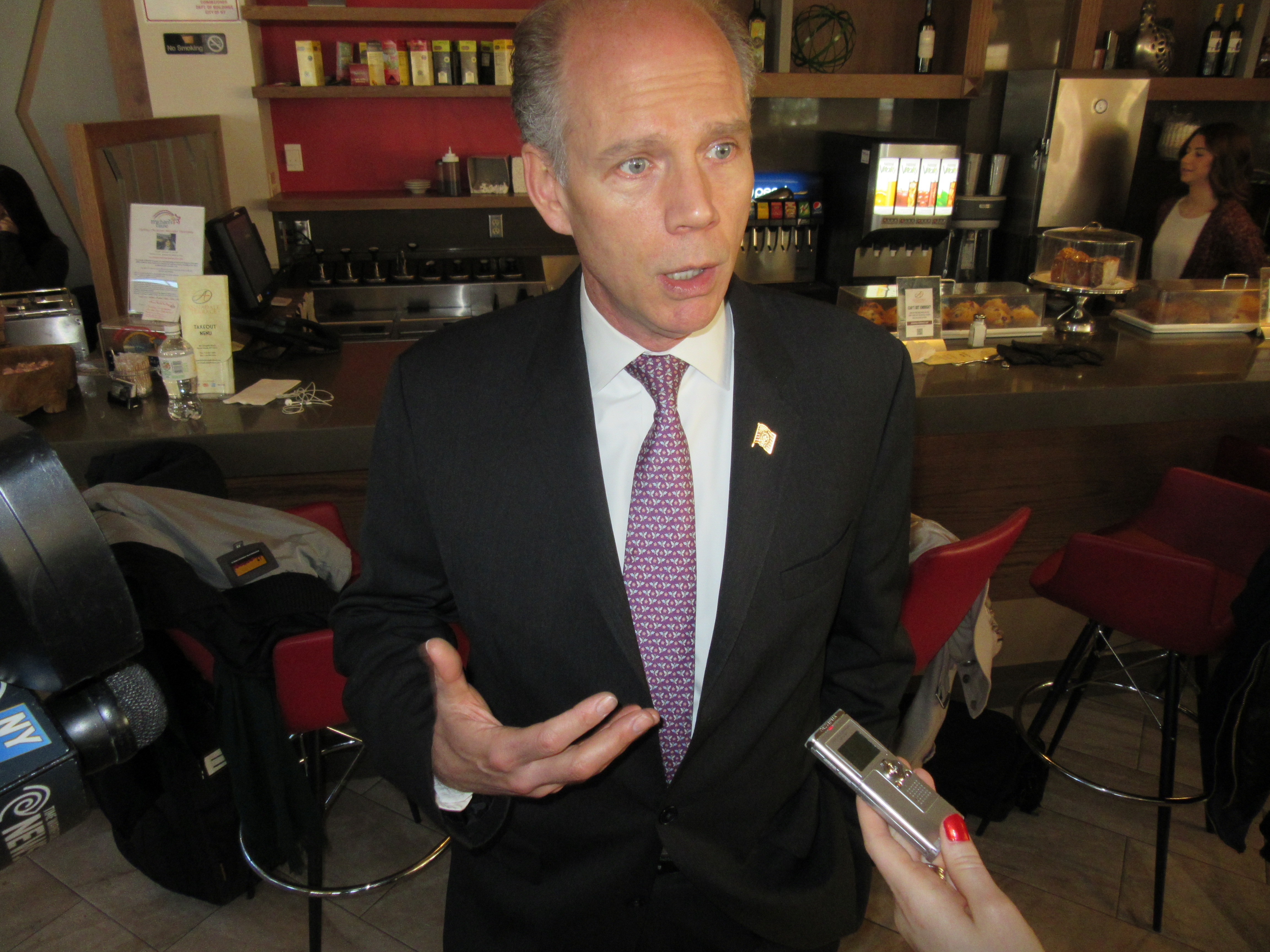 Speaking to Geraldo Rivera on 77 WABC Radio, Mr. Donovan, a Republican, called for an end to the dispute and said the solution is an airing of grievances and expressions of regret.

“I think it has to be rectified and I think that after they all get in a room and either apologize and let each other know each side, each party, what their arguments are, and rectify this,” he said.

The prosecutor, running to replace former Congressman Michael Grimm, lavished praise upon the NYPD’s rank-and-file—whose union leaders allege the pro-reform mayor has disrespected them and created a dangerous work environment.

Mr. de Blasio has so far resisted calls for him to formally apologize to police, and indicated in a statement sent to the Observer that he would continue to push for “community policing” reforms.

“Mayor de Blasio will continue the important work of keeping crime at historically low levels, focusing on keeping our brave men and women in uniform safe and bringing the police and community closer together,” spokesman Phil Walzak wrote.

The mayor spoke favorably of Mr. Donovan yesterday, referring to their relationship as “respectful and professional” and saying he would make a better representative than Mr. Grimm—even though Mr. de Blasio said he would back the eventual Democratic nominee. Mr. Donovan expressed gratitude toward the mayor for his comments, and noted that he has relied upon Staten Island’s Democratic majority to win the D.A.’s office in the past.

“I was glad to see that yesterday,” he said. “I’ve been fortunate enough in my three successful campaigns here in Staten Island to solicit and receive getting Democratic votes. There’s probably not enough Republican votes to get me elected.”

“I’m hoping that people cross party lines in this upcoming race. I don’t know who my opponent will be, but I hope people will cross party lines and see what I’ve done in the D.A.’s office and see that I can do the same for them in Washington,” he said.

The Democratic Party has yet to officially back a candidate for the Staten Island and Brooklyn-based district. Party insiders have pushed for Staten Island Assemblyman Michael Cusick to run, while former Congressman Michael McMahon—whom Mr. Grimm defeated in 2010—has also indicated his interest in returning to Washington.

Brooklyn Councilman Vincent Gentile and Assemblyman William Colton have also said they are contemplating a bid for the seat, though the decision will ultimately rest with the Staten Island Party establishment, as the island borough makes up more than two-thirds of the district.

Mr. Grimm resigned last week after pleading guilty to a federal tax evasion charge. Federal law obligates Gov. Andrew Cuomo to call a special election to fill the vacancy at some undefined point, and the local party leaders are responsible for picking a candidate.

Mr. Donovan is heavily favored to succeed him in the seat, despite his controversial failure to secure an indictment of NYPD Officer Daniel Pantaleo in the homicide of black Staten Islander Eric Garner last year.