On January 22, jailed American journalist Barrett Brown will finally learn his sentence. This had been expected to happen last month, on December 16, but the government unleashed a torrent of exhibits, supposedly to demonstrate “relevant conduct”, and wasted the day with testimony from an FBI agent, eventually leading the judge, Sam A. Lindsay, to decide that he needed more time to make his decision.

Judge Lindsay should sentence Mr. Brown to time served. The man has been in jail for 28 months now, and I’ve been advocating for him at each step of the way. By now, many people have heard his name, and much has been written about him. The popular perception of Mr. Brown is based on his work with Anonymous and his crowd-sourced research outfit Project PM. He’s noted as an activist who made an impact to exact greater transparency: helping to overthrow Middle Eastern dictatorships, and investigating private intelligence firms.

Not a spokesperson for the group, but one who thoroughly understood its potential for collaboration and effecting change, Brown holds some Anonymous operations closest to his heart: OpTunisia, OpBahrain, the hack of HBGary’s Aaron Barr and the investigation that followed, which was termed OpMetalGear. He focused on the secret surveillance regime at a time when it was regarded as a paranoid conspiracy, as in before Snowden. Because of his activist brand of journalism, people messed with him – starting with security contractors and confidential informants, and rising to the FBI. This is all true and known information.

Less known, however, is Mr.Brown’s original occupation: as a humor writer and political satirist. He started out writing for his high school paper and then interned at real magazines and newspapers. He enrolled in college to study journalism, contributed to the school paper again, and then dropped out to get paid writing for America Online, National Lampoon, and a string of journals and online publications you’ve probably never heard of. In 2007, he co-authored his first book: Flock of Dodos, a comic critique of creationism.

Mr. Brown then moved to Brooklyn and began a productive period contributing to The Onion’s A.V. Club, Skeptic magazine, Vanity Fair, True/Slant, The Huffington Post and more. He joined up with Enlighten the Vote, a political action committee supporting separation between church and state, as Director of Communications—culminating in an appearance on Fox News. He started to write his second book, then called Hot, Fat, and Clouded, a takedown of American pundits—which finally reached the public last year. In 2009 he envisioned Project PM as a means to improve the quality and accuracy of information in the blogosphere.

Then something fortuitous happened that would change the course of his life. While WikiLeaks was making landmark disclosures, in Australia, Anonymous launched its first protest directed against a government. As one who’d been thinking about what the Internet could do for social movements, Mr. Brown was rapt, and predicted that this development would have “significant consequences for the nation-state.” Over the course of the next year he became more involved. This is where his skills really shined: he was far too effective as a strategist, organizing people, delegating tasks, and distributing information. For his role in the ongoing cyber revolution, the state wants Barrett Brown stopped.

But through it all, he holds onto that humor and wit which he had to begin with, fascinating followers with hilarious, improvised mumbled remarks, in venues as varied as RT or live TinyChat sessions. He was funny, hyperbolic, and irreverent, and became impossible to dismiss as a personality on the online activism scene—whether you loved or hated him. The FBI didn’t find his passionate rant about their investigation of him and his mother all that humorous, though. So they threw him in jail, turning a gonzo journalist into a political prisoner. But his ability to keep on finding amusement in his situation, and to make others laugh, really comes through within the many brilliant pieces he’s written from behind bars.

This is all to say that the US government does not appreciate satire. They claim to support free speech, and pledge that they won’t lock up journalists, yet the First Amendment was deeply compromised in the copious charges against Barrett Brown that have kept him imprisoned for so long. On Thursday, the government will argue that Brown is not a serious journalist, even though writing has been his sole source of income since he was a teenager. It’s important that we don’t believe them. Regardless of what happens, Brown will continue to do what he does best.

Kevin Gallagher is a writer, activist and systems administrator currently working for Freedom of the Press Foundation. He’s also the director of Free Barrett Brown, a support network, advocacy organization and legal defense fund. Follow him on Twitter: @ageis 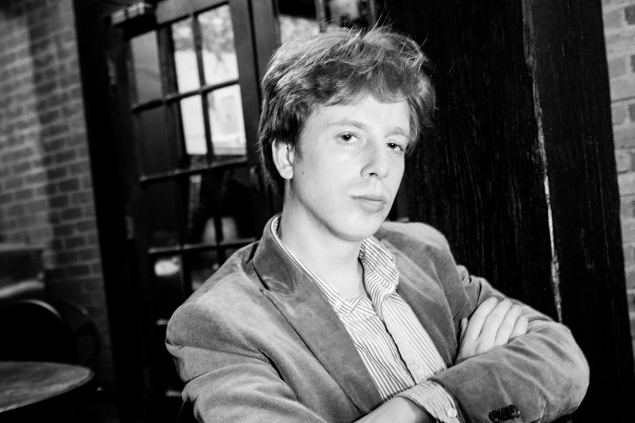