C-SPAN, that much-ignored trove of treasures hidden beneath uncountable hours of bureaucratic pomp and process, has served up another gem for the annals of tech history.

As part of a congressional hearing on how companies like Amazon could integrate commercial drones into U.S. airspace, Colin Guinn, senior vice president of sales for 3D Robotics, brought along the Parrot Bebop, a small plastic drone that can be controlled by an iPhone. All was going well, until it had a sudden malfunction and crashed to the ground.

While Mr. Guinn droned on (HAR HAR) about experimenting with “little, tiny” copters in American airspace, everyone in the room was clearly nervous and distracted by the whirring drone. If, reader, you’ve never been in the room with this kind of quadcopter, just know: these things get loud. Take a look:

All was going well, but during another demonstration where Mr. Guinn was asked to fly the small drone around the room, it malfunctioned and suddenly fell out of the air. Mr. Guinn tried to laugh the whole thing off as a teachable moment.

“That’s your worst case scenario,” he said. “Drone crash!” But the committee’s chairman, Rep. Lamar Smith, was less amused by the seemingly innocuous hypothetical of a little plastic drone unexpectedly dropping out of the sky.

“You know, maybe we won’t fly it over people,” Mr. Smith said. 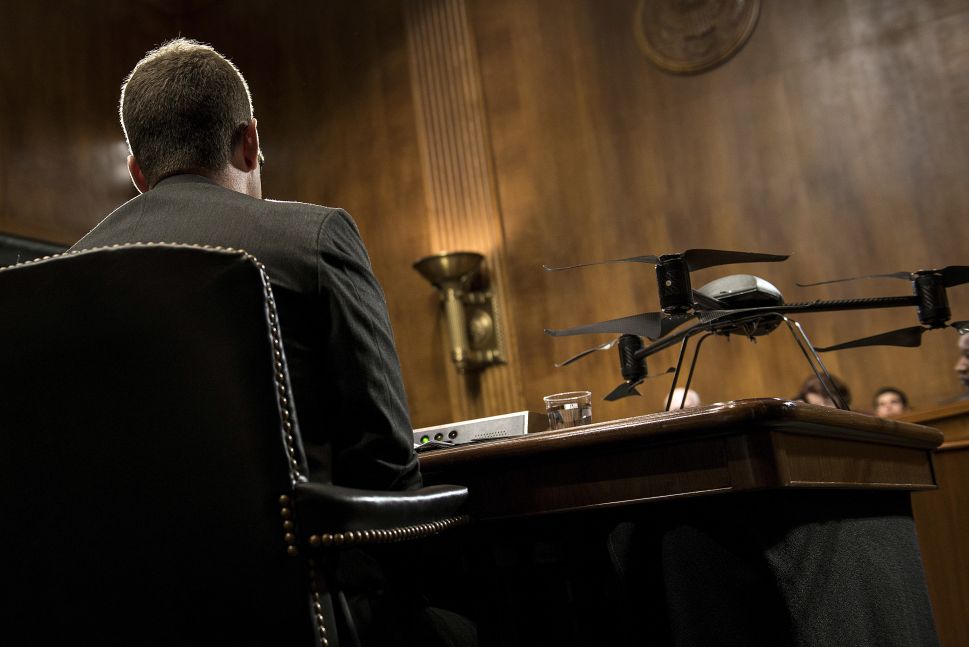