An East Harlem assemblyman is gearing up for a campaign to replace Congressman Charles Rangel, a source close to the state lawmaker said.

“Robert Rodriguez has begun speaking to donors about running,” said a source close to Mr. Rodriguez. “He’s talking about launching an exploratory committee in February.”

At 38, Mr. Rodriguez would be one of the younger, if not the youngest, candidates to enter a crowded field to replace Mr. Rangel, the 84-year-old Harlemite first elected in 1970. After winning a tough re-election fight last year, Mr. Rangel is expected to retire in 2016, opening the floodgates to several generations of Democrats who want to represent what was once the preeminent seat of black political power in America.

Mr. Rodriguez holds an M.B.A. and once worked as the vice president of a minority-owned public finance firm, according to his Assembly website. He previously ran for City Council in 2009, losing to Melissa Mark-Viverito, now the speaker of the City Council.

One of the top fund-raisers in the Assembly, Mr. Rodriguez could be a formidable candidate. The overwhelmingly Democratic upper Manhattan and Bronx-based district is majority Latino, which may be a boon to Mr. Rodriguez, though Dominican voters are likely to back candidates of their own heritage, like State Senator Adriano Espaillat, and not Puerto Ricans like Mr. Rodriguez. Mr. Espaillat also struggled mightily to win Puerto Ricans in Mr. Rodriguez’s East Harlem when he challenged Mr. Rangel in 2012 and 2014–Puerto Ricans there eagerly backed Mr. Rangel, who is half Puerto Rican.

First elected in 2010, Mr. Rodriguez’s tenure in Albany has not been without controversy. He was charged with driving while intoxicated after leaving a bar near the capital. A spokeswoman at the time said he had been watching basketball with some friends.

Mr. Powell also faced a D.W.I. charge when he was in the Assembly. 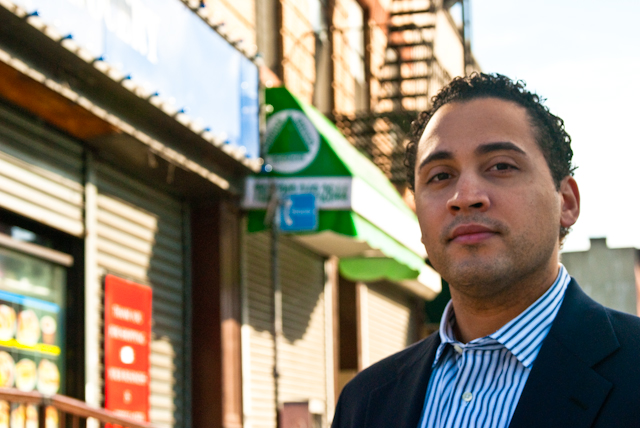