Anyone remember Utopia? The reality show that cost Fox approximately one million bajillion dollars, but it was okay because it would revolutionize everything (and was promptly cancelled)? Did anyone catch Red Band Society? The show that was Glee meets a cancer ward because who thought that idea would fail? Anyone check out Mulaney? LOL just kidding on that last one. Of course you didn’t.

What I’m saying is, Fox could really use some good news. And boy did it get some today. The network’s newest hip-hop flavored drama premiered to some huge ratings, the biggest ratings for a new Fox show in years. The show, spearheaded by director Lee Daniels and writer Danny Cannon, brought in 9.8 million viewers with a 3.7 rating. Its American Idol lead-in might have helped, because music I guess, but I don’t know how much overlap is really going on between singing auditions and Terrence Howard shooting someone in the face (um, spoilers?). In fact, ratings-wise, Empire beat out Idol.

So, good news for Fox. How the show holds up over time is another story. I, for one, am holding back on reviewing this show until at least episode three, mostly because I have no idea how to feel about it. At the very least, it is very shiny, and the music is catchy. But something about this show just feels…off? At least in the pilot. Maybe I just wasn’t a fan of the moment a character said, out loud, “What is this, we King Lear now?” mostly because I don’t like having my hand held. Maybe I’m just waaay too far removed from the world of this show. Personally, I thought every take of that song in the first scene sounded the same. But I digress. There’s a ton of promise here, let’s give it some time.

For now, congrats Fox. Please don’t cancel Gotham, or I will probably lose my job. That is all. 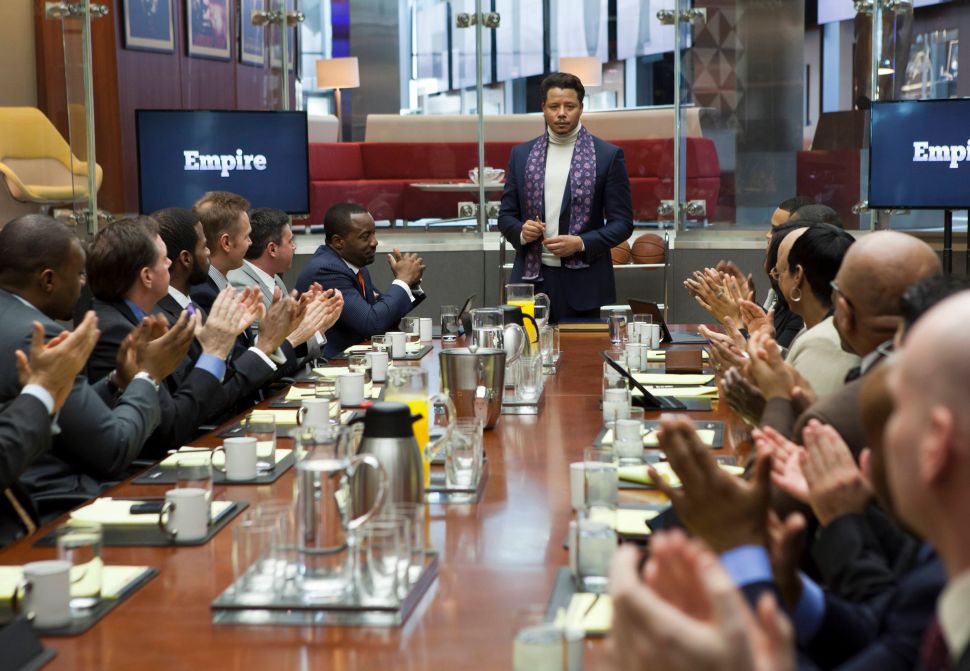