Since 1974, Faith Popcorn’s BrainReserve has forecast the future for companies including IBM, Bayer and American Express. Her hits include predicting the “cocooning” trend, the penchant for Americans to spend time and money at home. “It’s going to be on my gravestone: ‘Here she lies cocooned,’ ” Ms. Popcorn, 67, said with a chuckle the other day in her Midtown office decorated with a gleaming white conference table and potted purple orchids. She was more circumspect about her mistakes. “A lot of things I’ve predicted,” she said confidently, “didn’t happen yet.”

Your company’s website states: “Consumers, anxiety-ridden by simultaneous social, economic, political chaos, find themselves beyond the ability to cope with today or imagine tomorrow.” Yet consumer confidence is at an eight-year high. Isn’t there a disconnect between that statistic and your findings?

I think people are very nervous. I interviewed a whole bunch of kids, and I said, “How long do you think the planet is going to last?” They said, “50 years, 75 years.” You’ve probably seen Interstellar? The planet’s a dustbowl, which is exactly what’s happening.  Somebody told me a story yesterday. She found that she had breast cancer and she said to her friend, “Oh my God, I have breast cancer.” Her friend [replied], “who doesn’t?” Consumer confidence may be up, and they say people are buying things, but I don’t think consumer confidence is up.

Envision 2025. Where would you invest?

Humanoid robots. You are going to have a robot that hugs you, kisses you and goes to bed with you, takes care of your mother, and takes your kid to school. …You won’t be able to tell the difference between a person and a robot.

Just to clarify, you are not a robot?

Not yet. Sometimes, I’d like to be. I want to be faster. It annoys me just to have one brain. That’s the other thing: we’ll have add-ons, chips. Want to speak French when you go to France? Here, you speak French.

You think brain implants are 10 years away?
Fifteen.

What short-term change to society do you forecast?

100 percent delivery. Pepsi coming out of your faucet. Buildings piped up not only with air conditioning but food.

The return of pneumatic tubes?

In a more advanced form. Why should you go out and get a six-pack of anything?

Asher Levine. He’s a [fashion] designer. He and I love jumpsuits. We’re trying to figure out what people will wear to work. And Mike Corbat at Citigroup. I think he’s an honest banker—and it’s not an oxymoron.

In the forecasting business you analyze data, study markets and conduct reporting. Discuss the role of gut instinct in your work?

We say we’re painting a landscape of the future. I’m not a businessperson; I’m an artist. I think futurists—good ones—work very hard to prove things. They do research. But they have a little extra [brain] development.

What about nurture? Who helped you develop your forecasting skills?

My father was a detective. He loved this question: What’s the perfect crime? He said the perfect crime is where nobody is looking for the perpetrator. We had a lot of discussions like that.

If you went back in time, what would be the one personal decision that you would change?

I wish I had bought more real estate in Montauk. 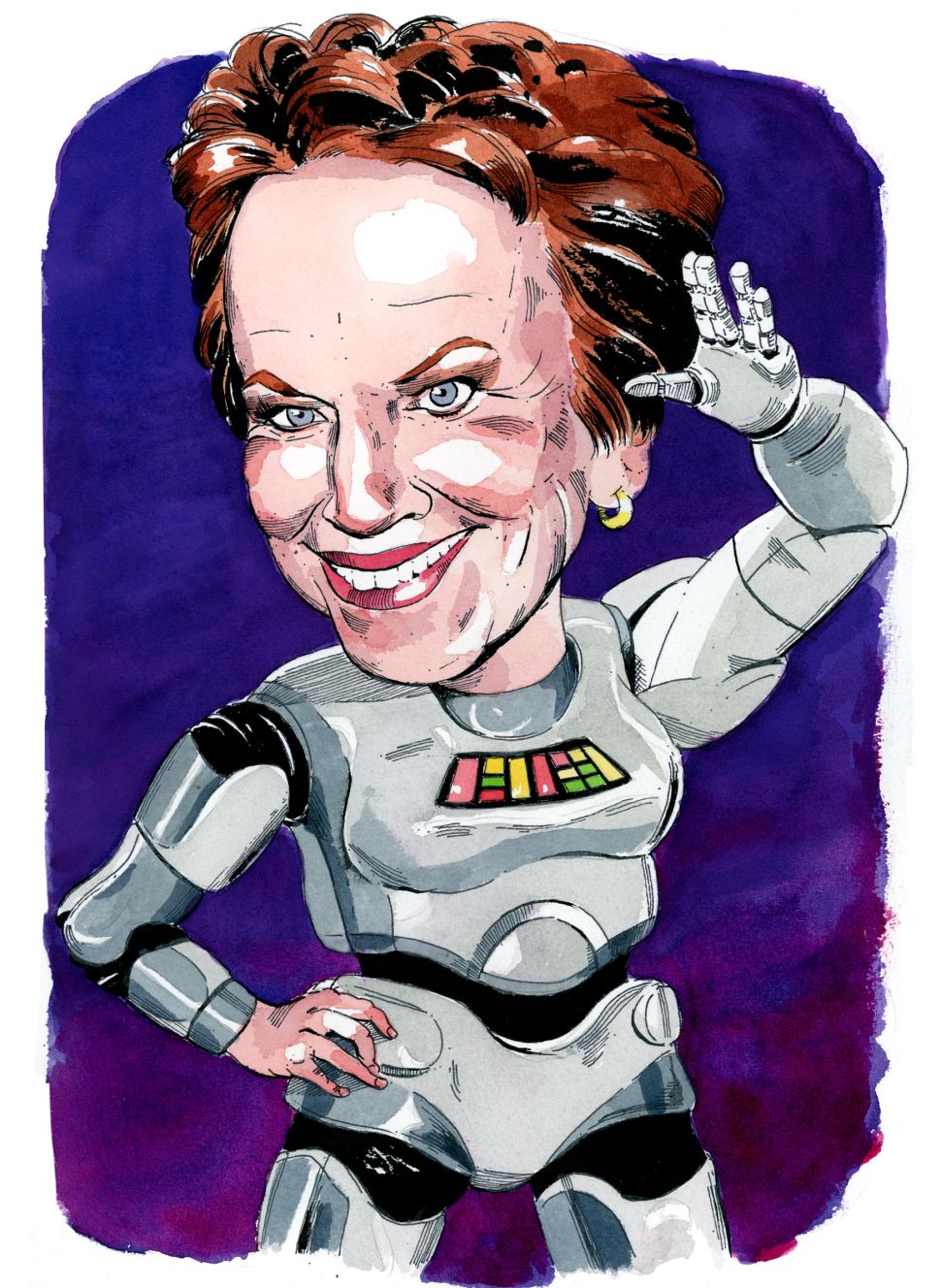