Five years ago, the U.S. Supreme dramatically altered the political landscape when it ruled that campaign spending by corporations constitutes speech under the First Amendment to the U.S. Constitution. According to the majority, the government could not restrict political speech simply “on the basis of the speaker’s corporate identity.”

While the wisdom of the Court’s decision in Citizens United v. Federal Election Commission is debatable, it widespread influence is not. In striking down a law that prohibited corporations from spending corporate treasury funds on speech that advocated the election or defeat of candidates, the Supreme Court not only loosed the reigns on political spending, but also greatly expanded the rights of corporations under the U.S. Constitution.

In the wake of Citizens United, several other campaign finance rules have fallen. In 2012, the Supreme Court ruled that its decision also applies to state and local laws, striking down a Montana ban on political contributions by corporations. In McCutcheon v. Federal Election Commission, the Court struck down the overall limits on the amount individuals are allowed to donate during a federal two-year cycle.

On January 20, 2015, the Supreme Court heard arguments in Williams-Yulee v. The Florida Bar. The issue is whether a Florida law prohibiting the solicitation of campaign donations by judicial candidates in state elections violates the First Amendment. The circuit courts are currently split, with those invalidating the campaign finance laws citing Citizens United.

In his dissent in that case, Justice John Paul Stevens predicted the issue would arise. He wrote, “At a time when concerns about the conduct of judicial elections have reached a fever pitch, the court today unleashes the floodgates of corporate and union general treasury spending in these races.”

The impact of Citizens United is not limited to the realm of politics. It arguably played a role in the Supreme Court’s invalidation of the Affordable Care Act’s “Contraception Mandate” in Burwell v. Hobby Lobby. While the justices did not fully buy into the argument — if corporations have free speech rights, they also have freedom of religion — the majority struck down the mandate, as this applies to “closely held” corporations.

According to the majority, corporations are “persons” under the Religious Freedom Restoration Act of 1993 that are capable of exercising religion. As explained by Justice Samuel Alito, merchants should not be forced to “choose between giving up the right to seek judicial protection of their religious liberty or forgoing the benefits of operating as corporations.”

In the wake of the decision, many legal scholars speculated that the Supreme Court’s reasoning could be expanded to substantiate objections to many other federal laws. Justice Ruth Bader Ginsburg raised similar concerns in her Hobby Lobby dissent, which argued that the majority’s overly broad opinion could allow businesses “to opt out of any law . . . they judge incompatible with their sincerely held religious beliefs.” She added, “The court, I fear, has ventured into a minefield.”

Ultimately, the impact of Citizens United on both campaign finance reform and the notion that “corporations are people” will likely not be fully realized for several more years. In the meantime, the rules of the game of politics have changed and campaigns must either adapt or fail.

Donald Scarinci is a managing partner at Lyndhurst, N.J. based law firm Scarinci Hollenbeck.  He is also the editor of the Constitutional Law Reporter and Government and Law blogs. He has newly formed a super PAC that The Bergen Record reported about here. 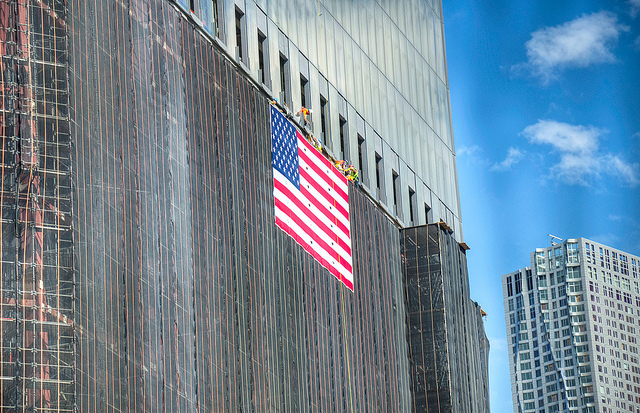