To me, Mario Cuomo, the former Governor of New York who died on New Year’s Day, wasn’t some bastion of liberal policies, although he was. Mario Cuomo wasn’t some legendary orator, where schools still show his speeches so freshmen know how to speak publicly, although he was and they do. He wasn’t even this famous Governor who lost to State Senator George Pataki in 1994, even know that’s true too. He wasn’t any of those things to an Italian kid from upstate New York who was 13 when Mario Cuomo lost his last election.

To me, Mario Cuomo was Italian. An Italian we were all proud of and looked up to. He wasn’t some slick haired, zoot suit wearing mobster criminal. He was an “up by his boot straps” son of Italian immigrants who worked hard, persevered and became a nationally prominent three-term Governor of the great State of New York.

I can remember my father and his pals always liked him. They all thought New York should have the death penalty,they weren’t big on liberal policies, and they were all in a union. Mostly they didn’t pay close attention to politics. Cuomo would push some policy and my dad and his pals would say “He shouldn’t have done that, but he must know what he is doing.” Why did they say that? Because he was Italian, just like us.

To this day my father will tell me, “No one gave a speech like Mario Cuomo.” I’m not convinced my father ever sat through an entire speech of the former Governor’s, but his skill is legendary and my father and Italians had this instinctive “we’re the best at that” attachment to Governor Cuomo’s oratory prowess. He was Italian and he was the best at something. Our ingrained loyalty alone meant we had to show affinity for that.

When you grow up in New York and you’re Italian there is an expectation of how non New Yorkers, non Italians see your life. It just is what it is. It is hard to shake the images of popular culture that have trained people to believe the very worst of Italians. We are all in the mafia or related to mobsters (I’ve never met a mobster and neither have 95% of all Italian-Americans, I guarantee you) or even worse, we are all those idiots from the Jersey Shore (I fluctuate between 200lbs to 300lbs, I’ve never been in a tanning bed and I do my laundry at home like everyone else).

One time (there were others) I was slighted for my ethnicity and I remember telling my parents and their reaction. I was introduced to a room full of Republicans (I am and have always been a member of the Republican Party) as “Not being a member of the Genovese Crime Family” I was too young or naïve to understand the slight until I spoke to my father. He was angry. He said “My father worked hard for this name, that’s not what that name means to us. The best this woman can think of you is that you’re not mobbed up.” I remember thinking after that, yeah, why couldn’t she call me the next Mario Cuomo or Rudy Giuliani. It’s got to be a mobster.

I’m a fan of The Sopranos. It’s basically my favorite TV show of all time. It’s awesome. Some of the scenes with Tony and his mom are so spot on hilariously brilliant you can’t help but love the show. “You never let me feed you” Livia says. My mother says that kind of thing all the time. However, my mother has never tried to have me murdered. You know why? Because The Sopranos is a TV show. It’s not real.

There is a scene in The Sopranos after AJ tries to kill Uncle Junior and Tony comes and gets him from the police station and AJ gives this heartfelt yet whiny monologue about how Tony loves the famous restaurant scene in the Godfather. AJ goes “Well you’re a f***in hypocrite, alright, ‘cause every time we watch The Godfather, when Michael Corleone shoots those guys at the restaurant, those a**holes who tried ta kill his dad, you sit there with your f***ing bowl of ice cream and call it the best scene of all time!” and Tony gives him this look that I think is one of the most important parts of the show for Italians and Tony goes, “Jesus Christ, AJ, I mean you make me wanna cry, It’s a movie. Ya gotta grow up. You’re not a kid any more. You hear me, you gotta grow up.”

After that point in the series Tony falls into this final abyss of sociopathic behavior that makes him nearly impossible to empathize or even sympathize with. I always thought that was important for Italians. You don’t want to emulate these guys. You don’t want to identify with them and you don’t want others identifying us with them because, at their core, they are sociopaths and murderers.

For New York Italians we have a guy we empathized with. We sympathized with him. We identified with him and we wanted to emulate him. When people think of real Italian Americans let them remember Mario Cuomo. That’s the legacy of Governor Mario Cuomo. He was an Italian role model. A lawyer. A Governor. A Statesman. He’s the kind of guy I want my kid to look up to. 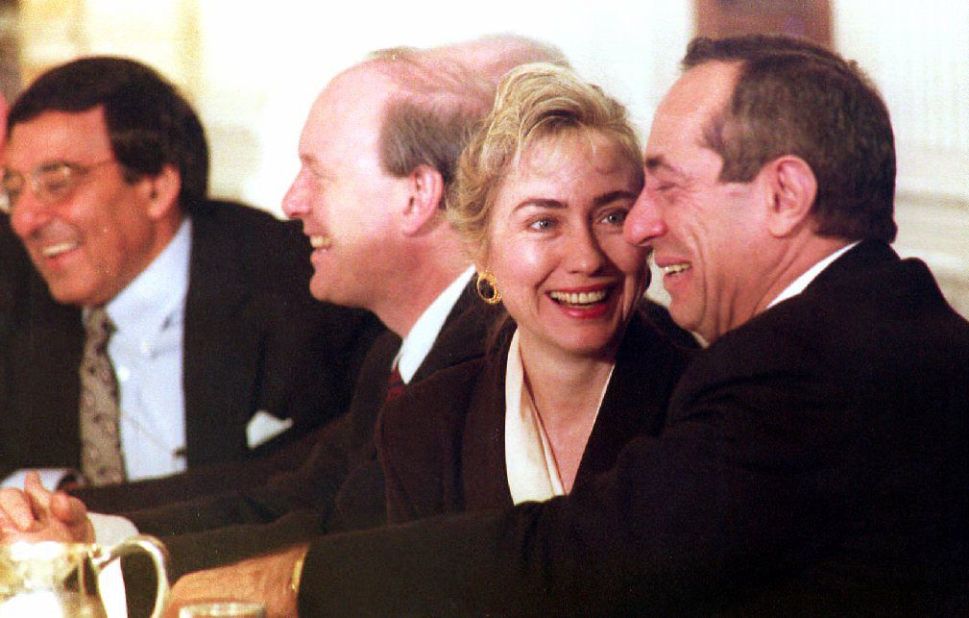