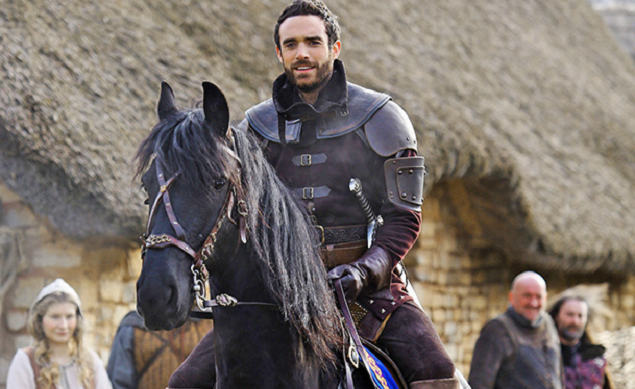 The first episodes of Galavant basically came perfectly bundled and tightly packaged to me with a big, red bow and a note reading “hate-watch me, please.” It’s a half-hour comedy, set in a vaguely British sounding medieval times, that also happens to be a musical. Its previews seemed cringe-worthy, its entire existence seemed doomed to fail before it began. It’s basically NBC’s yearly live musical experiments but every single Sunday and with a guest appearance by Weird Al Yankovic. History tells me I should hate this. Everything I’ve ever believed in tells me that this show, more than all other shows ever produced, is good for the Twitter jokes you will get in before it is cancelled in three weeks. I wrote the damn guide on doing just that.

But man do I really enjoy Galavant.

Is it a case of my once cynical heart being melted by an armor-wearing and bleached-white smiling Joshua Sasse as the titular character? Maybe. But the first two episodes, together making up last night’s one-hour premiere, had so much more going for it than I ever would have imagined. For one, despite everything, it is almost impossible to hate-watch. It is the exact thing Alison Williams said Peter Pan Live would be but wasn’t. Peter Pan Live felt more like it was saying “hey, look at us we cast Christopher Walken we’re not taking ourselves too seriously” then went ahead and took itself way too seriously. But Galavant’s unwavering ridiculousness and gentle fourth wall breaking ensures you that it is in on its own joke. It is very, very hard to mock something that is better than you at mocking itself. Did that even make sense? Does my love for a TV musical even make sense? What even is the world anymore?

Another unexpected aspect of Galavant is the fact that it is is genuinely funny. Much of this can be credited to creator Dan Folgelman, who also wrote 2012’s Crazy, Stupid, Love, but the cast itself is up to the challenge of making this absurd thing work. Far and away the standout is Timothy Omundson as King Richard who, despite being this show’s villain, steals every scene he is in with a combination of likability, charisma and beard. This does present a problem that far too many basic cable genre shows face, the problem of a villain being far favorable over the show’s hero, but in Galavant AND Galavant’s case I think that’s kind of the point. The whole show would rather be a send-up of a fairy tale than a fairy tale, and it does a great job of it. Galavant as the muscle-bound and stone-chinned hero never really changes over the first hour (or, really, any of the un-aired episodes I’ve seen). But, thinking back, the damsel-saving hero hasn’t changed much over the past 500 years, either.

This, and Timothy Omundson speaking the words “Oh poop I got gravy on my tummy flowers” just sort of makes me laugh.

And then there’s the music, because lest we forget this is a half-hour muscial TV show in the year 2014. I can’t say I’m much of a musical “buff,” or “fan,” or “person with any knowledge whatsoever,” but I do know catchy when I hear it. It doesn’t hurt to have Tangled duo Alan Menken and Glenn Slater behind the writing, who somehow manage to make the name of the show a refrain that you’ll sing to yourself against your will. Mr. Menken himself had a hand in pretty much every Disney musical you loved in the ’80s and ’90s. And even when the jokes-as-lyrics miss (and they do, widely and often) they are often followed by a visual-gag or a subtle wink that lands. I never thought I’d be unironically comparing this show to the cleverness of a Spamalot or a Robin Hood: Men in Tights, but here we are. I’m doing it. Right now. I was expecting to compare it Smash, or Glee. And oh boy, do I hate Smash and Glee.

Now I can’t in good faith say that Galavant is anywhere near perfect. Funny enough, I could understand why someone could watch 20 minutes of this and turn it off. Some of the broad-stroke jokes are painted broad with a capital BROAD, and there is a ton of safe-for-ABC innuendo that I would have been grounded for in the eighth grade. The plot itself is really much to write home about, either. There is a weird obsession on this show with mocking beautiful people who are not in any way fat for being fat — whether it be the “out of shape” Galavant or the “plump” Isabella — that I find pretty uncomfortable. But what the show loses in its awkwardness it gains in its heart. Everyone, from the creators to the musicians to the cast, is game to make this show work despite what this show is. And it works so well, at least for me, which in turn makes me wonder how and why I like this show so much. Who knew the first show of 2015 to put me though an existential crisis would be one to feature so many singing and dancing village peasants?

Ultimately, I that’s probably the reason why Galavant will probably be doomed anyway. It is the first show I’ve ever watched that was enjoyable to the point of confusion. Nobody is going to know what to do or how to watch Galavant. Modern TV watchers — me most definitely  included — are almost predisposed to disliking a show like Galavant. Or, at the very least, mocking it on the internet.

In the end, if the ratings are terrible and the show fades away, can we all at least take a moment to recognize that Jon Stamos’ character being named Jean Hamm made me laugh out loud? 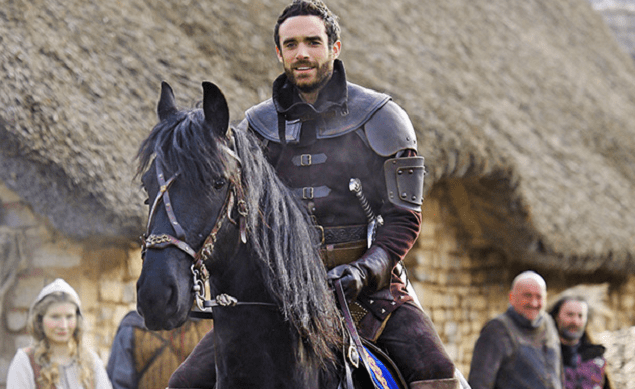