So over the weekend the last two episodes of Game of Thrones season four were shown in more than 150 IMAX theaters, and it would appear that a full trailer for season five came along with them. And if you like BIG GIANT IMAX QUALITY, then you will love that, uh, cell-phone grainy quality footage of the trailer above! (But seriously, I promise to update if better comes along.)

But still! Even looking like it was filmed with the same camera they used on The Blair Witch Project, this is so exciting. Game of Thrones is one of those shows you think you don’t mind not having and you’re all like “I’ll be fine, I have all these other prestige dramas” and then you see a fucking dragon burn someone’s face off and all that nonsense is forgotten.

So what do we see in this teaser? So many things!

Game of Thrones returns April 12. Just three looooong months away. I’ll just be sitting here, waiting, growing out a beard not even half as impressive as Tyrion’s beard. 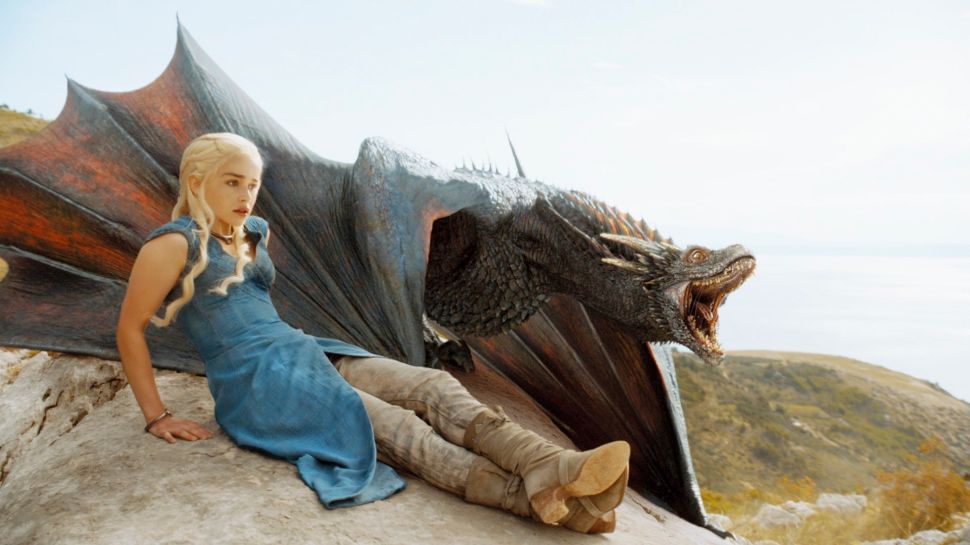