In a recent Slate article, John Buntin, a correspondent for Governing magazine, argues that gentrification is a myth, a claim that we’ve certrainly heard before. And much like his predecessors, Mr. Buntin bases this claim on two premises: that displacement is a fiction and that gentrification, or what we erroneously call gentrification, is not only incredibly rare, but a good thing for poor minorities living in bad neighborhoods. It’s a contrary position, and like many contrary positions, it claims to add nuance when in fact it elides it.

And perhaps most importantly, Mr. Buntin’s argument is simply wrong. Despite a brief disclaimer that gentrification, though rare in most cities, really does happen in some New York neighborhoods—which would seem to disprove his own premise; overblown is not the same as mythical—many of the illustrations he uses, including his lede, are drawn from our fair city. (Essentially every photo in the piece is also of gentrified New York neighborhoods.) The piece opens thusly:

“It started in Soho, then moved to Chelsea and the East Village. Riots in Tompkins Square in 1988 earned it some headlines but didn’t stop its creeping advance. It moved on to lower Harlem, then jumped the river to Park Slope. Williamsburg and Fort Greene followed; today, it threatens even Bedford-Stuyvesant. New York isn’t the only city where it spreads. San Francisco, Washington, and Boston have arguably been even more affected by it. Seattle, Atlanta, and Chicago have experienced it on a large scale, too.”

Mr. Buntin goes on to argue that we’re all under the spell of this mistaken narrative: gentrification that displaces poor people of color by well-off white people. Far from “a fact of urban life,” he says, this is “actually exceedingly rare.” So why write an opening that, with the exception of some very outdated information about Bed-Stuy, is entirely true? Oh, right, to show us just how alarmist we’ve all become.

Because, he claims, poor people of color aren’t being displaced by well-off white people at all: “Simply documenting that low-income people were being forced out of a neighborhood whose housing prices were rising didn’t mean in and of itself that gentrification was causing displacement, ” he writes. “Poor people often move away from nongentrifying neighborhoods, too.” He then cites several studies from the ’90s that show there’s not much of difference between the number of poor minorities that leave ungentrified neighborhoods versus gentrified ones. This he links to studies which have shown gentrification isn’t that bad for poor people—instead of being marginalized they benefit from financial investment in their neighborhoods. Which is true, to the extent that people can stay and share in the spoils of the rich, two very big ifs that have not really been borne out here in New York.

The distinction that he fails to draw is how a neighborhood changes not just during the first wave of gentrification, but over many subsequent ones, waves that have become de rigeuer in New York, as well as the very real distinction between people who are, in his own words “forced out” of a neighborhood and those that chose to leave. While poor people may move away from both gentrifying and ungentrifying neighborhoods, those who leave gentrified neighborhoods often have no choice in the matter. And while gentrification does carry with it some undeniable benefits like lower crime rates and better schools, these are not much good to residents if they aren’t able to stay and take advantage of them. Rent-stabilization and property ownership help to reduce displacement, of course, but over time, gentrifying New York neighborhoods have become richer and whiter.

In Fort Greene, for example, The New York Times reported that between 2000 and 2012, the proportion of whites rose 13 percent, according to census data, while the share of blacks shrunk 15 percent. At the same time, median household income rose from $44,987 to $56,436.

Meanwhile, in 2011, The Times reported that Bed-Stuy’s white population had soared 633 percent since 2000—”the biggest percentage increase of any major racial or ethnic group in any New York City neighborhood.” The black population dropped from 40,000 to 34,000 and the white population increased from 2,000 to 18,000 people. And last year WYNC reported that in one of the neighborhood’s census tracts, 43 percent of the population moved between 2000 and 2009, while median income rose to $52,253.

And in Manhattan, as of 2010, Harlem, one of the last minority strongholds in the borough, ceased to be majority black, a shift that was surely not the exclusive result of voluntary relocation.

At the same time, while Mr. Buntin argues that demographic change is largely the result of lower-income Latinos moving into new neighborhoods, in New York, a number of racially-diverse, low- and middle-income neighborhoods have become both whiter and richer. According to a recent article in The Wall Street Journal, as the black middle-class shrunk, white, high-income clusters grew at the fastest rate of any group in the city, increasing 44 percent between 2000 and 2010, and 32 percent in the geographic areas they occupy. “In particular, whites moved into racially diverse neighborhoods such as Williamsburg, downtown Brooklyn and Long Island City.”

Increasingly, as rents and housing prices rise, lower- and middle-income residents who own property or live in rent-stabilized apartments may be able to stay, but they will likely see their children and many of their friends move further and further away. Mr. Buntin writes that in one study “rising rents had an unexpected effect: As rents rose, residents moved less.” Which would seem to underline, rather disprove, that residents were clinging to their apartments with the knowledge that in losing them, they might very well lose their neighborhood as well. While gentrification might freeze a certain portion of the population in place in the short term, over time that population is flushed out, especially as the neighborhood is closed off to new residents of lower socio-economic status.

Of course, New York is not like all cities, and it’s also likely that cities like Detroit or Camden or Cleveland or Gary would much prefer New York’s gentrification struggles to economic malaise. But that does not make the plight of the poor and middle-class in New York any less real. Nor does it make gentrification any more a figment of our imaginations.

Near the end of his piece, Mr. Buntin cites a study by two Harvard sociologists showing that neighborhoods that are more than 40 percent black gentrify much more slowly than other neighborhoods and concludes that “the apparent unwillingness of other ethnic groups to move into and invest in predominantly black communities in turn perpetuates segregation and inequality in American society.”

Which implies that the poor in the world’s gentrifying cities should just shut up and be thankful for their good fortune. But while it’s true that the fates of global cities over the last half-century have been very different from those of regional cities, and that it’s far easier to find a job in New York than in Detroit, and that extreme poverty and lack of economic development are serious problems that merit more discussion, that does not mean that global cities are without problems. That segregation is bad does not by extension make gentrification good; it’s not an either/or question.

The South Bronx has the most severe hunger-related problems in the country, as well as some of its highest asthma rates, we have nearly 60,000 homeless people in the city and Manhattan has the highest income gap in the nation. If we want to have a nuanced discussion about poverty and gentrification in this country, we’d do well to remember that poverty, racial segregation and gentrification are not mutually exclusive. In fact, they’re usually intertwined. 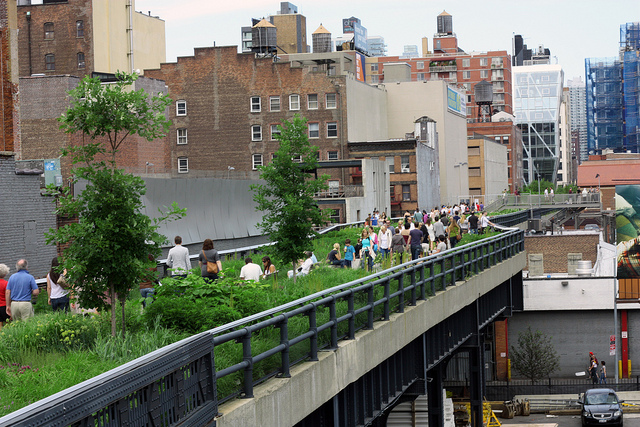