Shindigger accidentally entered through the wrong entrance of the American Museum of Natural History for the Season 4 premiere of HBO’s Girls.

“Excuse me, sir, can I help you?” a security guard and a handler-slash-publicist barked in unison as we crashed into the holding area for the step and repeat, cutting off Karlie Kloss.

The chaos and confusion had more than a few guests miffed.

“Gayle King will go to the opening of an Audi Dealership,” hissed one indie actress after the presenter stalked by on the red carpet.

The grumblers were quickly assigned an escort and ushered past the arriving celebs.

“Ah!” shrieked leading lady Lena Dunham as she pranced down the red carpet in black, glittery couture by Creatures of the Wind. Ms. Dunham looked sartorially at ease, though there was something unsettling about her half-blonde bob.

Zosia Mamet sashayed in her Alexander McQueen leather mini dress in bright cherry red, a contrast to her muddled grey tresses. Siren chanteuse, Allison Williams, in an apparent effort to shake off her mannish moment as Peter Pan, bedazzled in a strapless navy Monique Lhuillier gown.

After the screening, Shindigger shuffled over to The Milstein Hall of Ocean Life, where HBO splurged on a marvelous bash. Rita Wilson snaked by the center bar all smiles just feet away from Jon Hamm. On the other side, John Oliver chatted spiritedly. Nicky Hilton, on the other hand, stood somewhere in the middle, her full pout d’ennui on loop for all to witness.

“I thought that we were going to have lunch today and then see the film afterwards,” laughed Nile Rodgers, who sat next to us at a Peggy Siegal Oscar luncheon last Wednesday for the Clark Terry documentary Keep On Keepin’ On at the Lotos Club.

The Chic front man told us that a new album was in the works for this spring, a compilation of tracks that no longer belong to Warner Bros. “It’s set for March 20, for the vernal equinox,” he explained, taking a bite of roasted branzino Provençal. “This year there’s going to be a total solar eclipse. There’ll be a big party.”

Speaking of revelry, we asked him if the LAX flight he mentioned he had to duck out early for was connected to the Golden Globes.

“No I wont be there, but I’m going to the Elton John Oscar party,” Mr. Rodgers confessed. “Chic will be playing it.”

Next on the calendar was YMA Fashion Scholarship Fund at the Waldorf Astoria, where Patti LaBelle bestowed an award to Isabel and Ruben Toledo.

“We’re dreaming about Iris Apfel!” Mr. Toledo began about another stylish honoree at the end of the reception. But seeing that they had worked with Ms. LaBelle on After Midnight, the design duo was most excited for her. “She could sing the telephone book and we’d be elated,” he raved before heading to dinner.

Later on that evening, Ms. Siegal organized a cocktail party honoring The Imitation Game, about the tragic life of mathematician Alan Turing, at the home of billionaire Stephen Schwarzman, in perhaps Manhattan’s highest net worth edifice, 740 Park Avenue.

“I had never heard of him before that movie, so it was a history lesson for me,” the ever-present Gayle King said of Turing. “He had those shock treatments and ultimately committed suicide … Even having saved all those lives, he was so tortured.”

Shindigger found this week’s sedate gatherings distinctly un-torturous, a breather between hedonistic holidays and awards season on the event horizon. 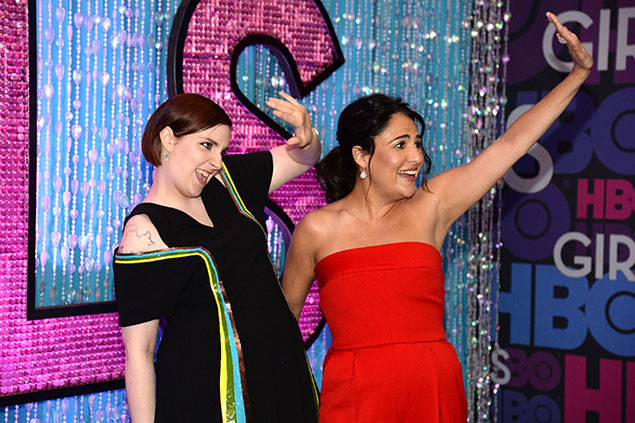