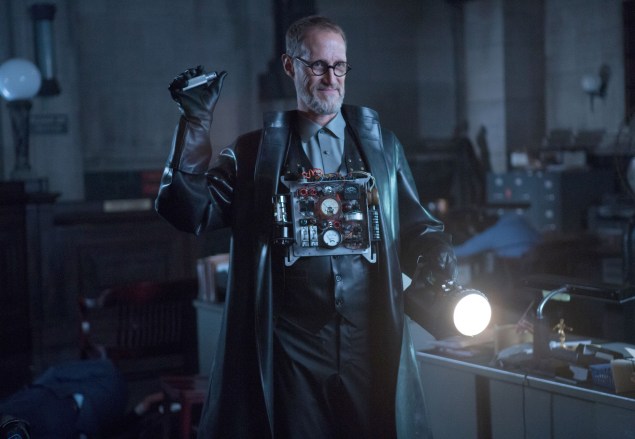 Sure hope no one here has access to water. (Jessica Miglio/FOX)

Anyone remember Signs? The 2002 M. Night Shyamalan movie about aliens, the one with Mel Gibson, quite possibly Shyamalan’s last “good” movie?The one that actually had some real tense, chilling moments all leading up to the climax where it turns out the solution to defeating these world-conquering aliens was water? The one where that particular plot twist got even stupider the more you thought about the fact that these aliens who are deathly allergic to water invade a planet 70% COVERED BY WATER?

Whew, sorry. What I’m saying is the end of Signs is fucking dumb. This episode of Gotham reminded me of Signs.

What that means, however, is that I had to enjoy a large part of it first. Which I did. Jack Gruber, AKA Jack Buchinsky, AKA The Electrocutioner, AKA not Hugo Strange (whatever), coming after Sal Maroni was a solid plot-line throughout, even though his reasoning was a little thin and involved what was basically a voodoo doll. But Buchinsky taking out the entire GCPD and all of Maroni’s crew single-handedly via electricity was great. The TV critic in me would say it was a visually striking set-piece, the TV fan in me would just say it looked really, really cool. And that’s all I ask. Not to mention Christopher Heyerdahl as Buchinsky was generally killing it with this role, both swaggering and intimidating AND saying actual genuine points about Jim Gordon’s personality. Does Jim want to save the city, or just win some personal vendetta?

Jim, in turn, throws a glass of water at Buchinsky and that’s the end of that.

This wouldn’t be so much a big deal if it wasn’t so indicative of this show as a whole. It seems at this point Gotham is content with teasing us with greatness. It’s adept at making the viewer think something important is happening, then throwing a big stupid glass of plot-killing water on it. If you really think about it, this show AS A WHOLE is just a tease for something in the future that will never actually happen on this show. You see this even in the adjacent mob family story. We’re supposed to care about all these huge moves being made by Fish Mooney and Sal Maroni and Carmen Falcone, but the whole thing is just a set up for The Penguin coming into power. These mob bosses are just place holders. At least Falcone strangling Liza felt justified, even though we spent about 45 seconds total this season being told why we should care.

Anyway, in conclusion, special shout out to Jim Gordon calling the Gotham Police Station the “best defended house in Gotham.” HAHA, Jim. “Best defended,” like when a crazy man with a gun walked in and told everyone to leave and they…did?

At least we got to meet Barbara’s parents. That was important and necessary.

As always, let’s run down every reference, fact, and nugget of Bat-history brought up in episode twelve,“What the Little Bird Told Him.”

So do Jim Gordon and Dr. Leslie Thompkins ever hook up in the comics?

First of all, I just wanna say that the kiss at the end of this episode was a streeeetch, man. Like, yeah he saved her from lunatics one time but they went at each other like they had been forbidden lovers for years. Oh, well. If my last relationship was with Barbara Kean I would’ve been making moves on the Electrocutioner at that point.

Anyway, long story short is no. They don’t hook up. Or maybe they do and no one got around to drawing it. Who am I to judge? But interesting thing is, Jim Gordon does have an affair in the comics, it’s just with Sarah Essen, played by Zabryna Guevara on Gotham (Sarah Essen also, for the record, has one of the most disturbing deaths in comic book history). And the Sarah Essen affair is eventually used as black mail against Jim by… 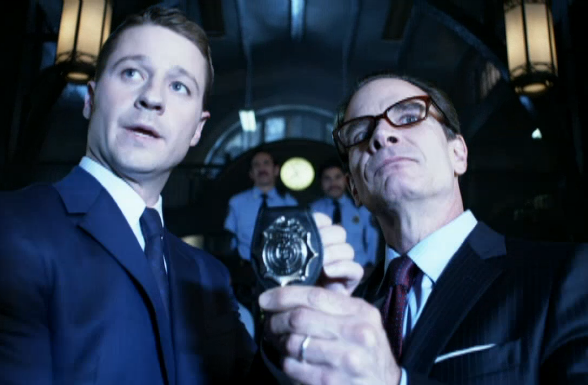 Another character that shows up in the comics and made his first appearance on Gotham this episode. Since Barbara and Jim still have to make themselves a baby or two, Jim and Leslie’s spit-swap is technically still an affair. And Commissioner Loeb and Jim start off their heated rivalry by the end of “What the Little Bird Told Him.” So, maybe that could be a thing?

I mean it’s going to be pretty hard to keep that relationship a secret if the GCPD desk sergeant keeps telling Leslie “sure, ma’am, go right on into the men’s locker room. He’s just showering.”

I’d love for someone to do a study on what percentage of super-villains get their names from extra-creative headline writers. Maybe another day.

Anywho, the Electrocutioner — which, personally, I think the name is a mouthful — in the comic books is Lester Buchinsky. So Gotham’s Jack Buchinksy needs to find some time in between getting arrested to have a son and make the unfortunate decision to name him Lester. Lester will inherit his father’s love for crime, murder, and electricity. And Lester will dress like this. And it will be fabulous.

In the end, Jack Gruber did not turn out to be Hugo Strange like I quite confidently proclaimed he would one episode ago. According to Gotham creator Bruno Heller, however, Hugo Strange WILL be making an appearance in season one. So, basically, the show has already introduced a character that looked, sounded, and acted perfectly like Hugo Strange. Which begs the question of what the hell Gotham’s version of Hugo Strange will look, sound and act like. That’s a problem. I’d say just throw a glass of water at it. Isn’t that how all problems are solved? 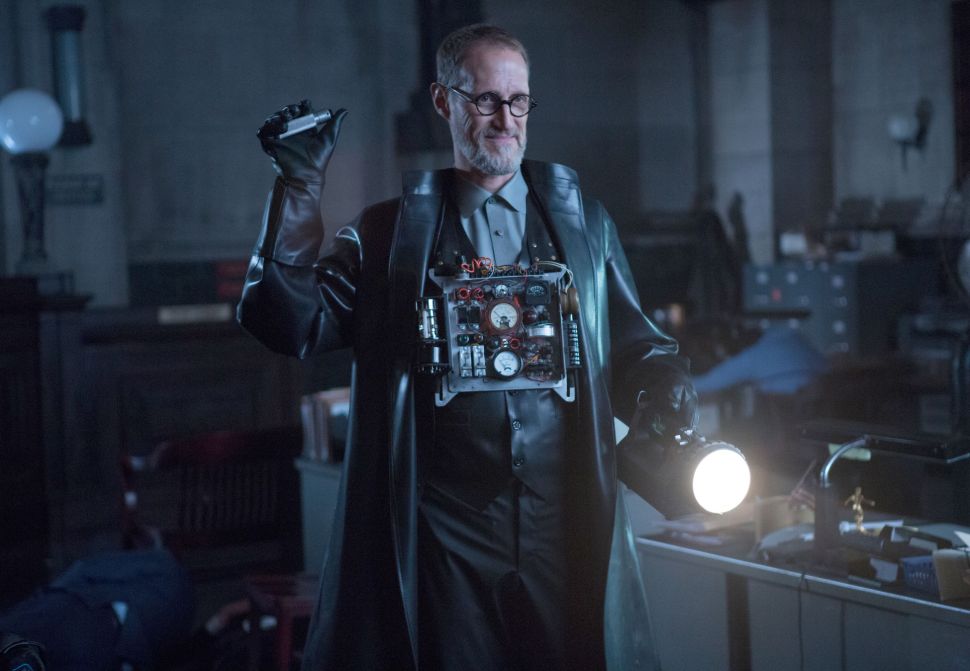