ATLANTIC CITY — Moments after Gov. Chris Christie announced the state takeover of their city’s economic situation with the appointment of an emergency management team here today, two elected leaders of this beleaguered gaming mecca offered differing positions on the news.

During a press conference following the state’s third closed door summit, Atlantic City Mayor Don Guardian said he welcomes the effort on the part of the governor and other lawmakers to assist city officials in steering its economy and finances to surer shores, arguing they need “all the tools possible” to move the city forward.

It was a more muted stance than the one the first term Republican struck up in the days leading up to the official announcement, during which he was quoted saying he was strictly opposed to the state relinquishing any responsibility from local leaders with the appointment of an emergency manager, “no matter who it is, what their name is.”

“Look, we certainly know we need all the tools possible to have Atlantic City move forward, and the governor indicated that he is bringing these two individuals in to help the mayor and the city council achieve those results,” Guardian said today.

Christie’s announcement comes as local and state leaders continue to search for answers to the city’s economic problems, which include an ongoing decline in its casino industry and a tax base grown increasingly unstable. Democratic and Republican lawmakers have proposed their own plans to bring some fiscal and economic relief to those problems, and some of those lawmakers expressed dismay today as Christie took up his characteristic adult-in-the-room tone and went ahead with his own plans, which he said was a decision “I needed to make to make [recovery in Atlantic City] happen.

“And I know that the people around this table will do the exact same thing and be a part of the solution and not a part of the problem,” Christie said.

It’s unclear what a state take over would mean for the fate of other legislative packages currently being considered in the legislation as part of a solution to the city’s problems, including a PILOT program sponsored by Senate President Steve Sweeney (D-3) and Vince Mazzeo (D-2) that nearly cleared the Senate late last year but was tabled at the last minute. Mazzeo told PolitickerNJ today that he intends to go forward with getting that proposal passed, while Guardian said he also awaits the financial relief that the package would bring with it.

“Clearly, the biggest concern that I have is the five bills that are before the legislature, both in the Assembly and in the Senate, because that really brings us tax stabilization and takes some of the dollars that are being spent elsewhere that the casinos are paying and drives it right into the city’s coffers,” Guardian said.

Ultimately, Guardian said he needs more details on the exact role the emergency management team, which consists an emergency management special counsel and emergency manager, will play before fully endorsing the move. City Council President Frank M. Gilliam Jr. took a somewhat stronger stance against the decision, though he too said he’s open to working with outside parties to get the city back on the right track.

Guardian said his opinion was swayed when he heard an emergency manager wouldn’t mean a complete take over of the city and its administration.

“I’m toughly opposed to anyone coming in and taking over the sovereignty of the city,” Gilliam said.

Guardian, still in his first year as mayor of the troubled city, added that the “table of brotherhood is open.” for anyone who wants to lend a hand.

“Whether they’re at the table or not, we’re going to have a chair for them,” he said. 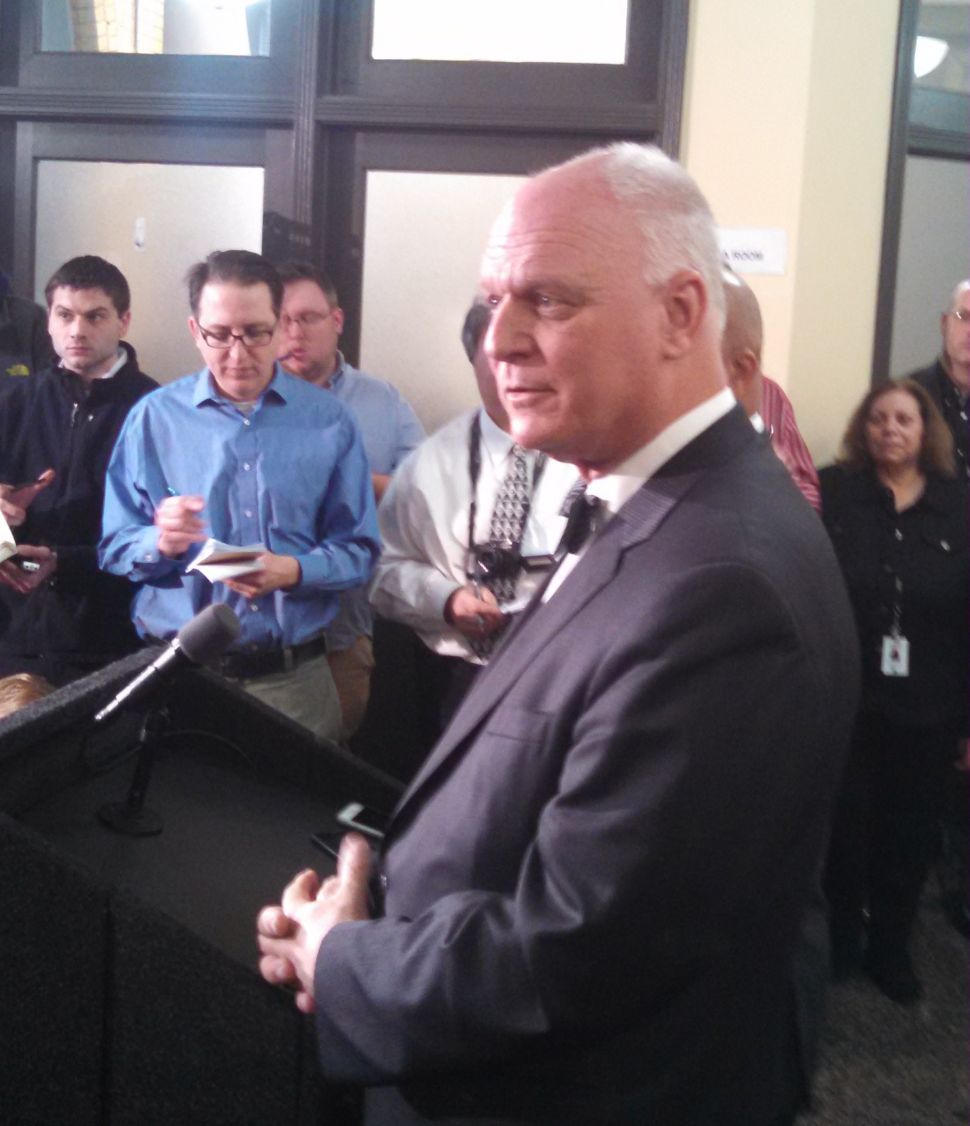