Senate President Steve Sweeney (D-3) stood in splendor at the center of the stage today for the reorganization of the Essex County Freeholder Board, South Jersey’s undeniably entrenched statewide aspirant.

But when he opened his mouth, no ringing or arresting phrase alighted upon the audience.

Clearly, Sweeney got the better of fellow 2017 prospect Jersey City Mayor Steven Fulop, who didn’t elicit a single shout-out from the podium from either Essex County Executive Joe DiVincenzo or his handlers. Forced to atone for past appearances where he clearly upstaged the pooh-pahs of power, the resident hipster mayor occupied a back seat on the big and crowded stage.

When pressed on the optics of politics, however, some of those sources present at today’s event conceded Sweeney’s showing didn’t add up to much in the way of a solidified advantage.

“What did he do with that platform? Nothing,” one insider observed, notably distressed by what he thought was a completely non-inspirational performance by Sweeney.

The source confirmed a comparison between Sweeney and U.S. Rep. Frank Pallone (D-6), who for years diligently put in appearances at Democratic Party events up North only to get run over in a Democratic Primary for governor. The source said Sweeney can’t routinely trek up to Essex and expect his efforts to materialize into anything useful if he continues to embody an underwhelming public presence.

Revelers at today’s reorganization ribbed Sweeney about his appearance, more than a few of them kidding him about governor 2017 at the pre-event exercise in the gallery behind the theater.

Sweeney let people know that the race for governor – in so many words – is a marathon, not a sprint.

He doesn’t expect to show up at events and knock people over, or use a public platform like an obvious celebration of DiVincenzo and Essex County to talk about himself.

Also, in his favor, and really the political hinge of it all: the irritation of DiVincenzo and company for Fulop today underscored something Sweeney possesses even if he were to walk up to a microphone and speak unfathomable moon man phrases in public: he has a legitimate political alliance with DiVincenzo, which Fulop does not.

The source, texting in madcap boredom throughout the exercise, ultimately said the event today proved that neither Fulop nor Sweeney is sufficiently strong: Fulop by virtue of his less than vigorous strength projection in Essex and Sweeney as a result of being incapable of capitalizing on Fulop’s Essex duress. 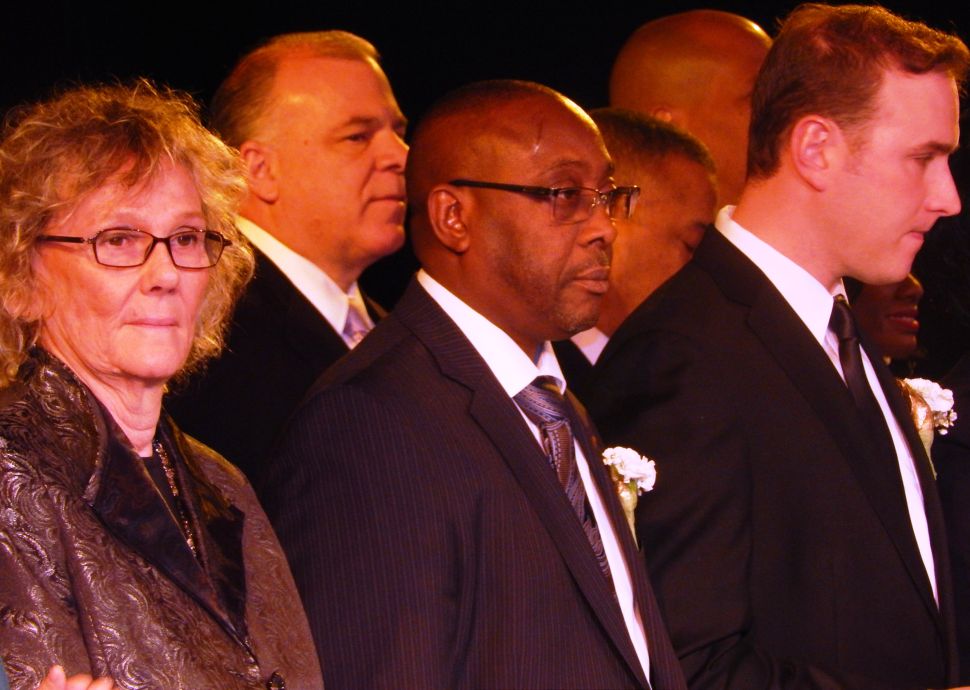