A Hoboken councilwoman and her campaign team was smacked with more than $40,000 dollars in fines for election finance reporting violations in two of the city’s municipal elections, according to reports New Jersey’s Election Law Enforcement Commission released today.

Beth Mason, a Second Ward councilwoman in Hoboken (pictured), and several others she worked with were fined $34,700 and $9,400 for failing to report contributions and expenditures on time during her 2009 campaign for mayor and 2011 campaign for city council, respectively. During both those campaigns Mason and her team reported hundreds of contributions and expenditures past the due dates required by the state, with some contributions reported as much as 222 days late, according to an earlier report by the Commission.

In 2009, Mason, a Democrat, ran unsuccessfully for Hoboken mayor under the “One Hoboken” slate. In 2011, she sought successful re-election on the city’s council. ELEC released complaints against Mason and members of her campaign team back in March.

Many of the initial penalties for Mason’s mayoral campaign were reduced, bringing the cost of fines down to $27,760, according to the report. 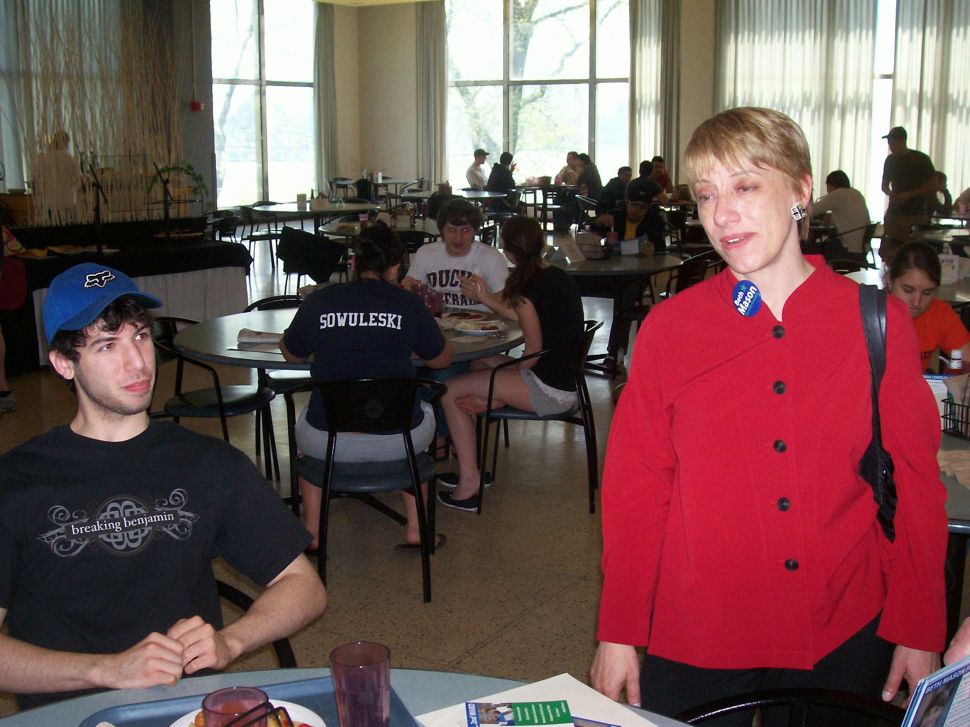