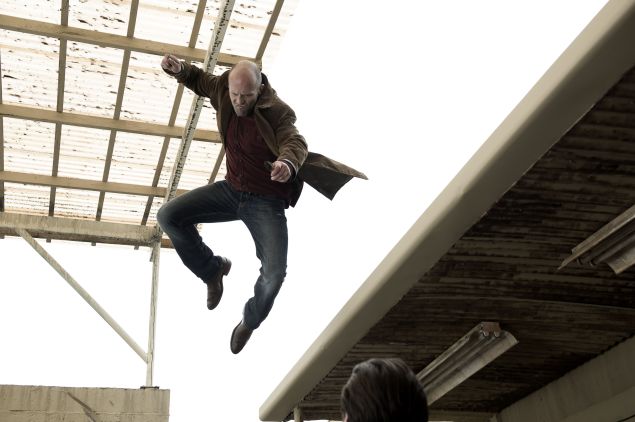 A quirky re-boot of the old Burt Reynolds hashtag Heat, this modest character vehicle for the lifeless, balding and incomprehensibly inarticulate Jason Statham is so bleak and moody it won’t be much of a lure to action fans, but the casino set pieces at the blackjack table have enough tension to rush the adrenalin of compulsive gamblers. Las Vegas steals the show, even though it’s played by New Orleans.

Lamely written by the illustrious William Goldman on what appears to be an off-day, Wild Card focuses on Mr. Statham as a hired Vegas bodyguard and pathetic gambling addict named Nick Wild. He’s got a secret past that insinuates great skills with guns, bone-crunching violence and especially unsurpassed karate. He knows a lot about torture and death (in one scene, he slashes a man’s throat with his credit card and leaves him gushing blood from a severed jugular) but mainly stays peaceful and content to languish in the cheap motel room he calls home.

That is, until somebody makes him mad. When an old girlfriend gets beaten and raped by a good-looking thug (Milo Ventimiglia), Nick sees red and dedicates himself to rearranging his features. Most of the movie follows Nick around, smashing up Vegas while piling up bodies—usually with nothing more than a sock on the jaw—while he’s accompanied by a millionaire sycophant named Gus (Michael Angarano, a young actor with bad teeth) who hires him to teach him not to be a coward. Nothing ever happens, and nothing goes right in the movie, which occurs during the Christmas holidays in Sin City. We know this, because in spite of all the great artists who have recorded it, the sound track groans with a nauseous rock version of “White Christmas” by the Drifters.

The only thing worth recommending about Wild Card is the first-rate and thoroughly wasted supporting cast that includes Anne Heche as a greasy-spoon waitress, Sofia Vergara as a generic sexpot who prances through the casino, Stanley Tucci as a hammy gangster, and the wonderful Hope Davis as a blackjack dealer who deals Nick half a million dollars before he returns from the cashier’s cage to lose it all again. They provide occasional perks, while Mr. Statham remains static, stoic and totally without insight or expression. It’s not hard to accept the fact that this paralyzing bore was directed by the same Simon West who helmed two other Statham flatliners, The Expendables 2 and The Mechanic. But it’s next to impossible to believe the embalmed screenplay was written by the illustrious, Oscar-winning, 84-year-old William Goldman, whose credits include All the President’s Men, Butch Cassidy and the Sundance Kid and Marathon Man. It has the faltering look of an idea kicked around a conference table until bloody and then green-lit in one of those famous brainstorm meetings Hollywood studio moguls are so fond of. Somewhere between the idea and the camera, Wild Card  got shredded. 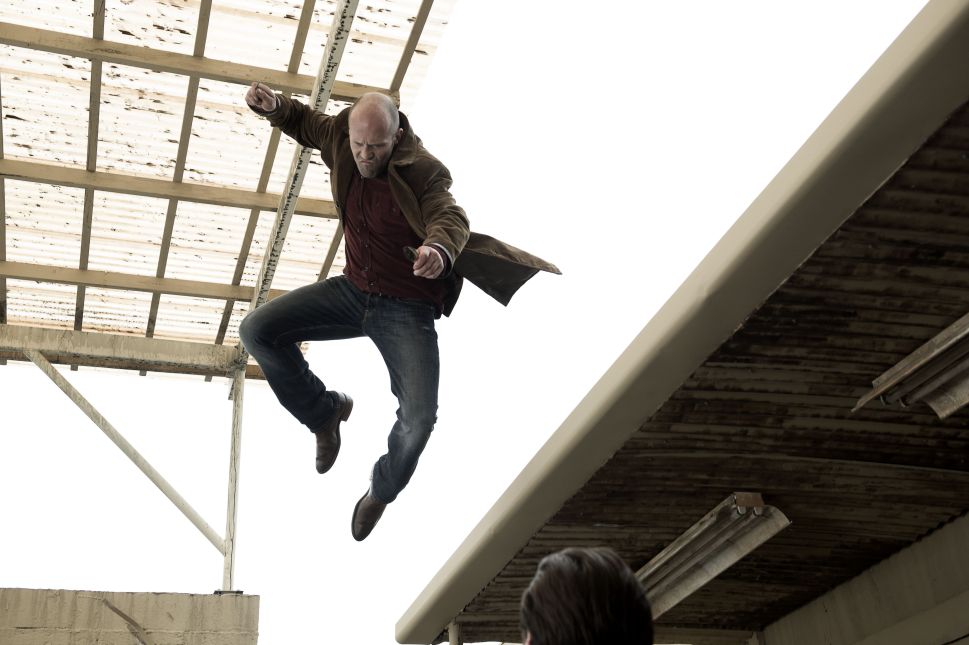