This is a true story. A well-known tele-communications company we’ll call WKTC missed its service appointment. Actually, it missed four appointments in a three-week period. Plus it took me hours to navigate the company’s automated phone-tree and to re-explain—when I finally did get a human on the line—that their installers had again failed to show up. Rescheduling their missed appointments was Kafka-esque.

Frustration aside, this incompetence cost me real money: I had to use vacation time to be at home during each four-hour appointment window.  When I complained to WKTC, they told me, with great munificence, they wouldn’t charge me for the period when I had no service. Seriously. But when I said I wanted to be compensated for my lost time, they repeatedly declined. Once, when I asked to speak to a supervisor, a particularly nasty “customer service” rep sent me back to the beginning of phone-tree hell.

So I sued WKTC in small-claims court.

New York City’s small-claims court operates five days and one evening a week. When I arrived at the courthouse for the 6 p.m. calendar call, the narrow hallway outside the locked courtroom was teeming with frightened people. There were a few defense lawyer regulars who seemed to know what they were doing. Although I am a lawyer, I was not among that experienced group. The vast majority of people were confused. With a limit of $5,000 on the amount that can be recovered, most small-claims court plaintiffs don’t have legal representation.

Soon after we were ushered into the large, high-ceilinged courtroom, most of the 200-odd people became even more stressed. The court clerk explained that he would begin calling the calendar, and when we heard our name, we should stand, identify ourselves, and say whether we wanted our case to be heard by a judge; or whether we would agree to binding arbitration. Both parties had to agree to arbitration to go that route.

As cases were called, the room slowly emptied as parties were directed to various waiting rooms, hearing rooms and even hallways. When my name was called, I stood and announced, “By the Court,” meaning I wanted to go before a judge. When the clerk shouted, “WKTC,”—twice—there was just silence.

An hour later, I was led into a small room before a judicial hearing officer—for all practical purposes the judge. He appreciated the irony of the situation: I wanted compensation for my lost time because WKTC had failed to show up for four scheduled appointments; and now they had failed to show up in court as well. The judge looked at my documentation and awarded me slightly more than $2,000. He also informed me that WKTC had 30 days to appeal the verdict. They didn’t.

To collect the judgment, I had to go to either a sheriff or marshal, who would attempt to find WKTC—the worldwide headquarters was within spitting distance—and get a check or seize an asset. (I wouldn’t mind one of WKTC’s ubiquitous trucks.) I went to a sheriff, but am still waiting. That process takes several months.

Never one to let a good story go untold, I shared my experience with friends. Not surprisingly, lots of people told me about their frustrations with WKTC over missed appointments. And an equal number complained about missed appointments by WKTC’s major competitor, HTC (Humongous Telecommunications Company). More than a few asked, “You had the time and energy to go to small-claims court; I don’t. Why not bring a class-action suit against them to help the rest of us?”

I have never been a fan of class-action suits; the only people who seem to benefit are the attorneys. The plaintiffs, if successful, typically receive minuscule damages.

But the more I think about the pervasive arrogance of telecommunciations companies toward their customers, the more I see a new value in class action suits. This revised rationale is not just to reward the aggrieved but to punish the aggressor. And theoretically discourage them, and others, from continuing their bad behavior.

Hearing my plans to explore a class-action suit, an investment banker friend railed, “Assuming you are successful, WKTC will simply raise prices to cover the cost of judgment. You’d just be hurting the consumers you are trying to help.”

Maybe not. Even companies as large and seemingly insulated as WKTC and HTC are becoming increasingly vulnerable to technologic disruptions. My 20-something kids and their friends don’t have landline telephones, and are cancelling their cable TV subscriptions. They are far more willing to find alternatives to services we baby boomers thought essential and unassailable. WKTC’s tradition of passing along the cost of legal judgments may actually put them at a competitive disadvantage.

I haven’t decided whether to initiate a class-action suit. But if I do, I strongly suspect that given the tens of thousands of people who have been inconvenienced by WKTC’s incompetence and arrogance, the company will surely be able to hear us. 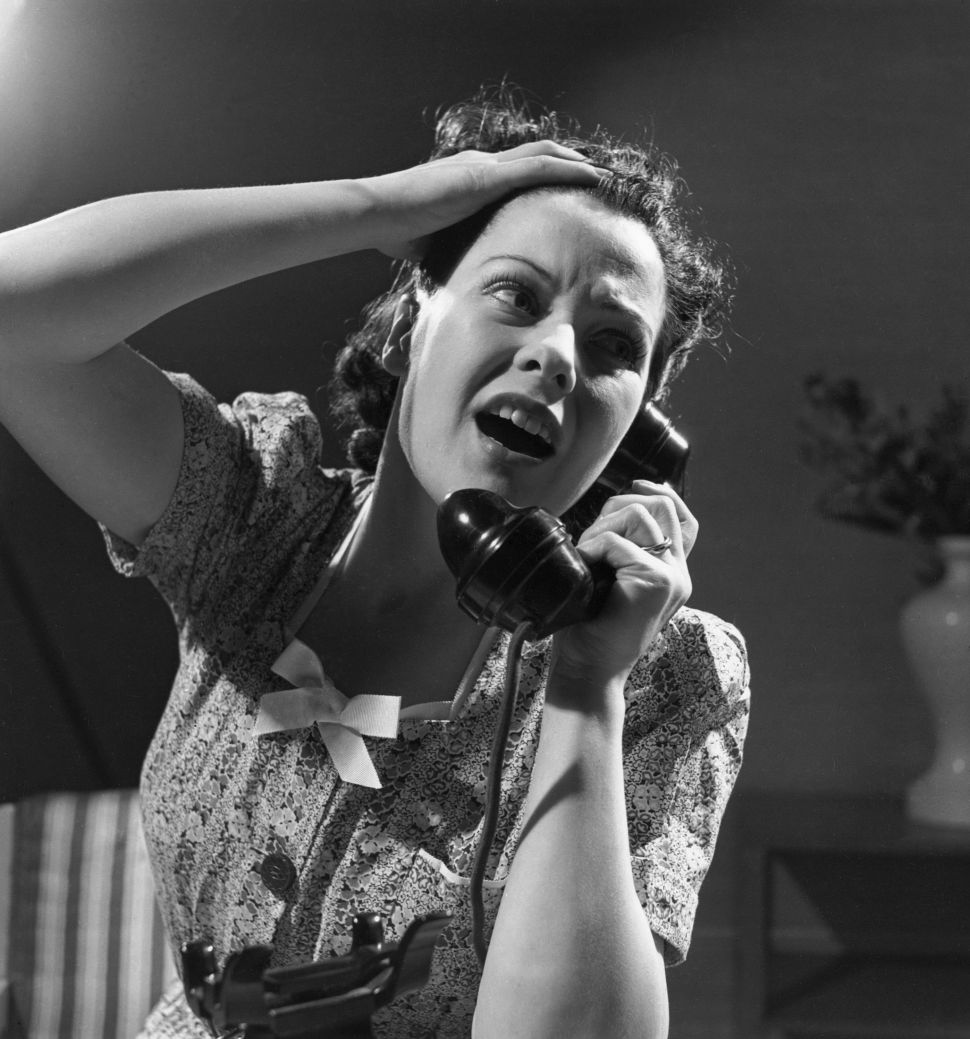