The terrorist attacks against French satirical weekly Charlie Hebdo on Wednesday were shocking. But really, they shouldn’t have been. Over the last several years, Islamist militancy and terrorism have exploded throughout Libya, Yemen, Pakistan, Lebanon, Syria, Iraq again, and into the Western redoubts of Australia, Canada, and France. It’s a bit curious, because America’s counterterrorism strategy under Barack Obama has undoubtedly been muscular. But it also doesn’t seem to be working. Why?

The problem, ultimately, stems from President Obama and other Western leaders’ refusal to ask the big question about terrorism: Why does it happen? After all, Islamic terrorism hasn’t always been part of international society. In fact, it was almost nonexistent until the late 1970’s, with the rise of Ayatollah Khomeini in Iran and the Grand Mosque takeover in Saudi Arabia. And without the why, of course, there can be no solution.

Mr. Obama never tried to answer the why. Terrorism just was, like sunshine or October. The only proper response was to juice up the nation’s counter-terrorism apparatus and kill as many of the bad guys as possible, like hunting deer in the fall when the herds get too thick. Which is fine, as far as it goes, and was certainly enough to get him elected, because the body politic was heartily sick of Bush’s answer and the freedom crusade.

But the trouble is, as a Grand Strategy, the marginal gains of deer-management never quite work out. It’s clearly much easier for Islamist militants to recruit followers and terrorists than it is for the US to build counter-terrorism forces, find those terrorists, and kill them.

What’s more, American counter-terrorism comes at a cost. Innocent people will be killed and others radicalized, creating more targets and causing more problems for the host country. Then the US has to kill more people, losing more money and diplomatic capital with every target, until these operations start to consume America’s entire foreign policy. It’s nearly a geometric function, repeat ad infinitum, which is why that killing must be balanced with something else. But the question is what?

For all of his other failings, in those weeks after September 11th, George Bush answered that question. His answer was that Islamist terrorism was caused by a lack of political freedom in the Muslim Middle East. Without domestic legitimacy, malignant and semi-malignant regimes built legitimacy in other ways, like hating the West. The solution was then to build democracies in the least fertile places on earth like Iraq and Gaza. It was a breathtakingly—perhaps hopelessly—ambitious answer, but thirteen years later still the most hopeful one we’ve got.

There are other answers, of course. There’s the argument that terrorism springs from poverty, that destitution forces people to lash out against their system. But if that were true, sub-Saharan Africa would be the most terror-wracked region on earth. It’s not. And the 9/11 hijackers, like many terrorists, were educated, middle-class citizens of reasonably prosperous societies.

There’s also an argument that Islamist terrorism is a natural reaction to the transgressions of the West, particularly US foreign policy. It springs forth organically from the Islamic demos, as it would from any moderately coherent group, in response to intolerable tramplings by an armed outsider. That’s a fair argument, and it’s one that the isolationists and others make repeatedly on the campaign trail.

The problem is that there are many, many people unhappy with American foreign policy in the world, and virtually the only ones who commit terrorist attacks in response are Muslims. Tibetans do not blow up Chinese markets, and citizens of Cote d’Ivoire do not shoot up French cafes. And, it should be pointed out, Frenchmen irritated with American foreign policy—of which there have been a few—do not bomb the marathon.

And then there is a fourth answer, the least savory of the lot. It is the answer of the nationalist parties rising in Europe, like Marine Le Pen’s Front National and the Alternative für Deutschland. It is the cultural answer, that violence is organically tied to the Islamic faith, and rears its head inevitably when that population mixes with the other. Eventually, the argument goes, Islam will have to have something akin to a Reformation and reform this violence out of its system.

The trouble with never asking the big question is not only that terrorism gets worse, but that people eventually default to the last answer. When French President Francois Hollande says the Charlie Hebdo attacks have nothing to do with Islam, despite the gunmen shouting Islamic slogans, and Marine Le Pen says it obviously does, Ms. Le Pen is going to win that argument. Her answer to the Big Question is powerful, and the more people hear it the fewer will support a better one.

Western leaders thus need to give their publics another answer, and soon. Even a question would be a start. 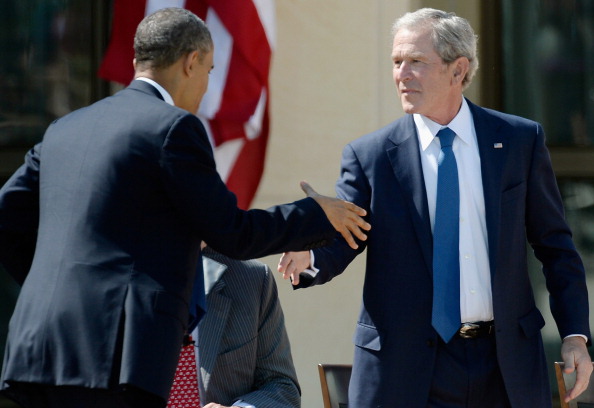