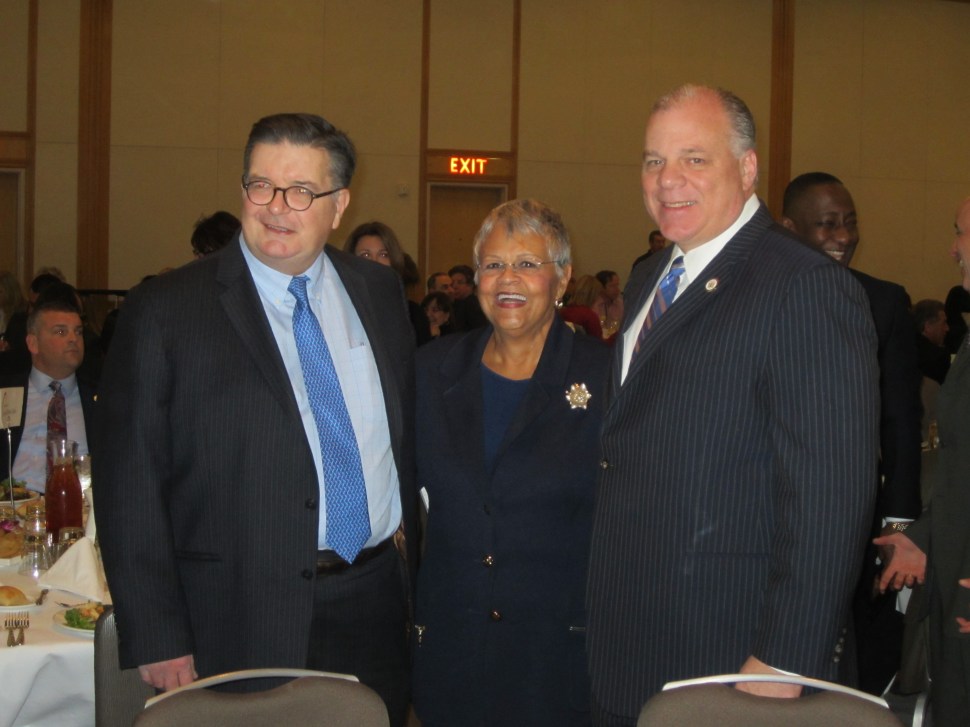 Mercer County Executive Brian Hughes today formally announced that he will begin exploring plans for a new passenger terminal at Trenton-Mercer Airport and that he intends to run for a fourth term as County Executive.

Hughes announced his re-election plan before a crowd of 500 in the West Windsor Hyatt with U.S. Rep. Bonnie Watson Coleman (D-12) and Senate President Steve Sweeney (D-3) in the house.