Just when one thinks things can’t get any worse in the Department of Corrupting and Obstructing Justice, Assistant Attorney General for the Criminal Division, Leslie Caldwell, brings back her long-time protégé and comrade Andrew Weissmann. She has empowered him to head the Fraud Section of the Department. Ms. Caldwell and Mr. Weissmann go way back—to the Eastern District of New York ( most recently run by Loretta Lynch) where they cut their teeth prosecuting major organized crime figures, while running cooperators’ cases on the secret docket to protect the unseemly deals they made.

As we predicted upon Ms. Caldwell’s ascension, brace for a major escalation in the war on American businesses. The head of the fraud section is an important and powerful position, and Mr. Weissmann shouldn’t have any difficulty passing the FBI background check. He departed as general counsel only a year ago.

As reported by Main Justice: “The criminal Fraud Section is the locus of corporate fraud prosecutions at Main Justice, the nickname for the Department of Justice’s headquarters in Washington. Weissmann will oversee a section that has three main litigating units focusing on securities fraud, Medicare and other health-care related fraud, and the Foreign Corrupt Practices Act, a foreign anti-bribery law that has snared both large multinational and smaller businesses.” Mr. Weissmann views businessmen and bankers as “wise-guys” on Wall Street.

If Mr. Weissmann were subject to confirmation hearings, it might be a different story. Ms. Caldwell and Mr. Weissmann reunite as part a cabal of prosecutors from the old Enron Task Force, a frightening number of whom have been running our country behind the scenes during this administration. The Enron Task Force prosecutors ran roughshod over the rights of countless people in their pursuit of convictions rather than justice, and their strategies and tactics resulted in the reversal in whole or in part of every case they actually took to trial. Fresh off their secretly-corrupted convictions, they all received the Attorney General’s Award for Excellence, and they catapulted themselves to positions of enormous power and influence in Washington.

Kathryn Ruemmler became President Obama’s longest-serving White House Counsel, Lisa Monaco became his Counter-Terrorism Advisor, Andrew Weissmann became Deputy Director/General Counsel of the FBI, and Leslie Caldwell became AAG for the Criminal Division. Matthew Friedrich had already completed his stint as Acting Assistant Attorney General for the Criminal Division where he micro-managed the corrupted prosecution of former Alaska Senator Ted Stevens during the Bush administration. The inside story is available in full in my book, LICENSED TO LIE: Exposing Corruption in the Department of Justice.

William Hodes, one of the bar’s leading legal ethics experts, and I filed a lengthy ethical grievance against Andrew Weissmann with the New York Bar. It may be read in full here. The Department of Justice defended Weissmann on the grievance, because he was FBI counsel. After holding the grievance for months, the New York Bar secretly punted it to the Department of Justice’s own “Office of Professional Responsibility” for it to decide. How many guesses does anyone need to determine that outcome?

As soon as the Office of Professional Responsibility cleared Mr. Weissmann, he quietly slipped from the FBI to rest as a Senior Fellow at New York University. Not a single major media outlet reported his transition. Meanwhile, Kathryn Ruemmler was widely proclaimed to be in the mix for the Attorney General’s slot upon Mr. Holder’s resignation until Fox News Reporter John Stossel featured LICENSED TO LIE in his weekly column and on his television program. Ms Ruemmler promptly withdrew her name.

Yet, here we go again—with Mr. Weissmann and the two chiefs of the Enron Task Force back in the Department of “Justice.” The second verse is the same as the first.

According to the Fifth Circuit, the prosecutors in United States v. Brown sent four Merrill Lynch executives to prison for a year on an indictment alleging conduct that was not criminal while the prosecutors “plainly suppressed” evidence favorable to the defense.

Mr. Weissmann was the Director of the Task Force for that case and its “driving force.” He was omnipresent in the courtroom, in the grand jury, and throughout the investigation. It took six years to uncover evidence that the prosecutors (Weissmann, Ruemmler, Friedrich & Hemann) had yellow-highlighted in full recognition that it was favorable to the defense. They and their successors in the Department repeatedly denied it existed, even though they were constitutionally, legally, and ethically bound to produce it. That evidence directly contradicted the testimony of their carefully-chosen witnesses, and the prosecutors’ repeated statements to the jury.

And they didn’t just hide the favorable evidence. They put on “cooperating witnesses” to testify to the opposite of what their own evidence showed. At the same time, to insure no one could or would testify freely for the defense, they repeatedly threatened to indict anyone whose “view” of the “facts” differed from their own—including counsel for Merrill Lynch. And they named more than 100 people as unindicted co-conspirators. Their tactics were so egregious that even some guilty pleas had to be allowed to be withdrawn.

By this evidence, it is the new head of the fraud section who is the fraud. Did Loretta Lynch approve the appointment of Mr. Weissmann? 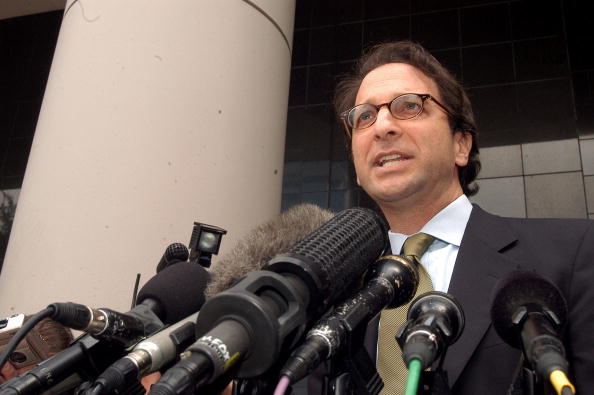