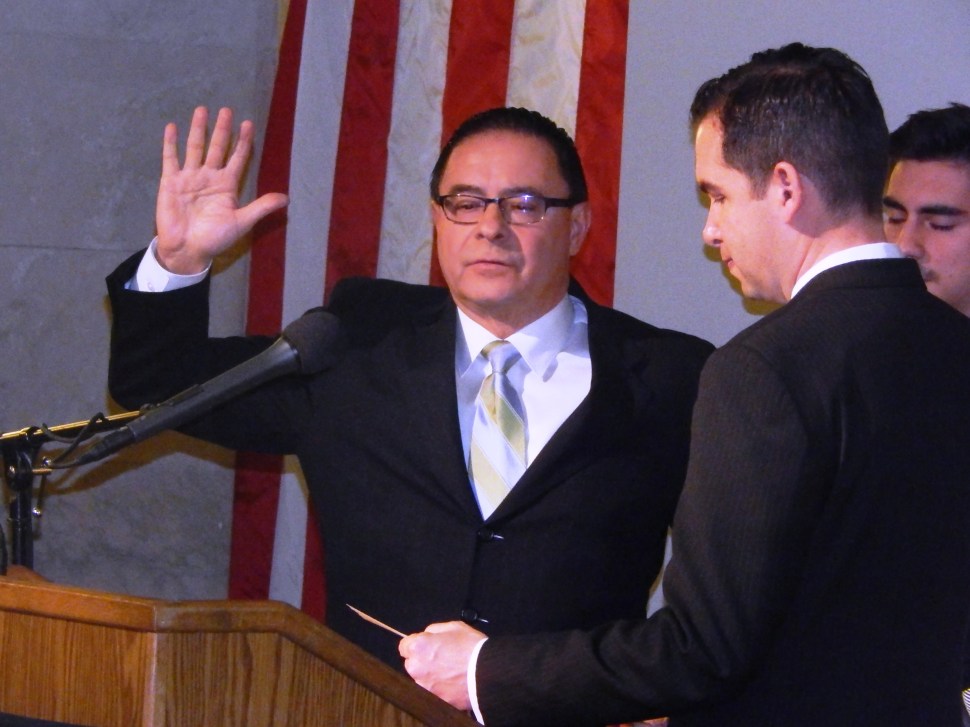 JERSEY CITY – They came out of the caucus room as if it were a unisex locker room.

“Team,” said a source in the packed room in the Brennan Courthouse. “Hudson is unified.”

It’s gotten to the point where they need to hand out monogrammed handkerchiefs with those words printed on them.

They won’t have to talk. 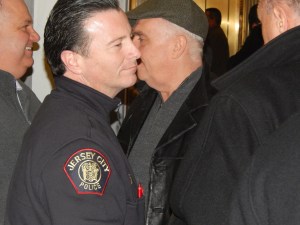 Former Assemblyman Sean Connors was present for the festivities.

At the center of a drama that mostly – but for Hoboken and West New York – lacked drama, Hudson County Freeholder E. Junior Maldonado assumed the role of central player onstage.

He immediately dispelled the light hearted fair that to the point had dominated the reorganization program.

“In 1997 I was diagnosed with a blood clot the size of a grapefruit on the left side of my brain,” said the freeholder.

He beat that. Then he got bounced off the city council by Steven Fulop.

“I have no qualms about losing that election, because I lost that election to the future governor of New Jersey,” said Maldonado, the man who had sworn him in, who now stood grinning the wings: Jersey City Mayor Fulop.

In his turn at the microphone, veteran Freeholder William O’Dea offered another emotional set of remarks. 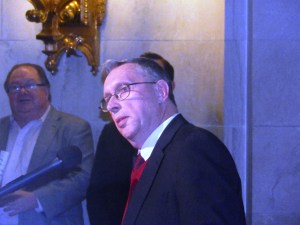 “This is my sixth term, and for the last four, no one ran against me,” O’Dea said. “I think that’s a testament to working hard and doing the right thing.”

His sister swore in O’Dea.

“She’s a better writer than I, though I try to portray myself as a writer part of the time,” said the author of a novel about Hudson.

On a brutally cold night, he challenged the crowd to help make sure that every veteran in Hudson has shelter, food and clothing.

Up for re-election this year with perennial antagonist O’Dea subdued by politics and no one else stepping into the breach, Hudson County Executive Tom DeGise played lead rooster in residence, mangling the names of shout-outs from the microphone with impunity and ribbing U.S. Sen. Bob Menendez (D-NJ) about moving from Hudson to Bergen.

Menendez went to the microphone with flashbulbs popping off of bloodshot eyes in the dull-yellow grand rotunda.

“Don’t forget, I speak last,” he told the executive, words summoned like stones in sling shots at the suggestion of absence.

A wave of nervous laughter ensued.

A boss backed up each freeholder.

Menendez took care of Romano. That was what Romano got for beating the candidate put up by Hoboken Mayor Dawn Zimmer, a mayor deprived of a body to ratify on the board, unlike Bayonne Mayor Jimmy Davis, who swore in District One Freeholder Kenneth Kopacz. 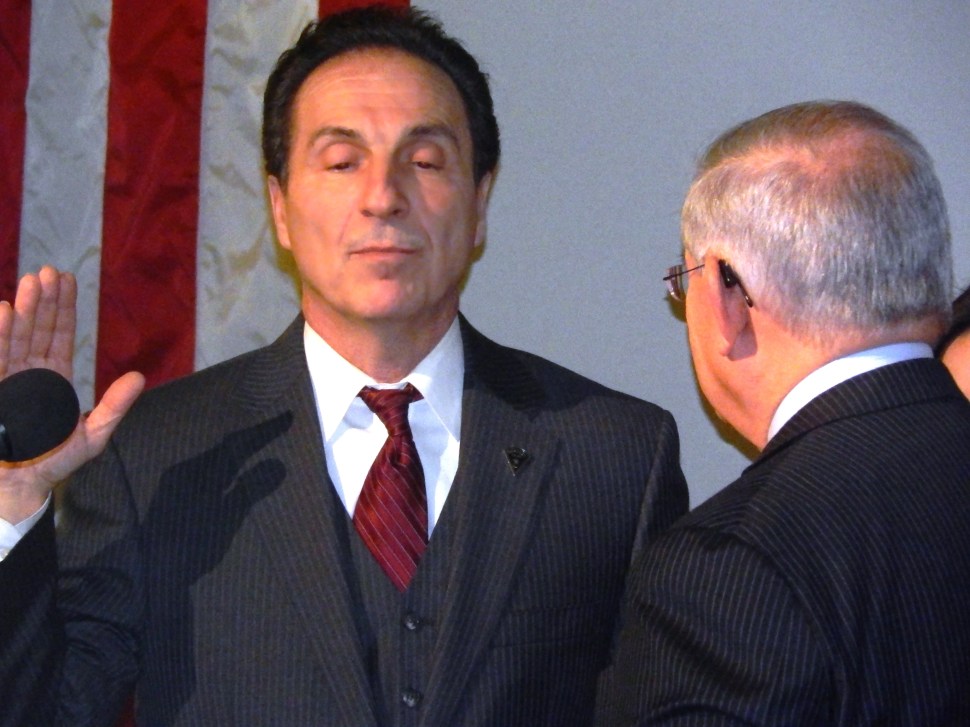 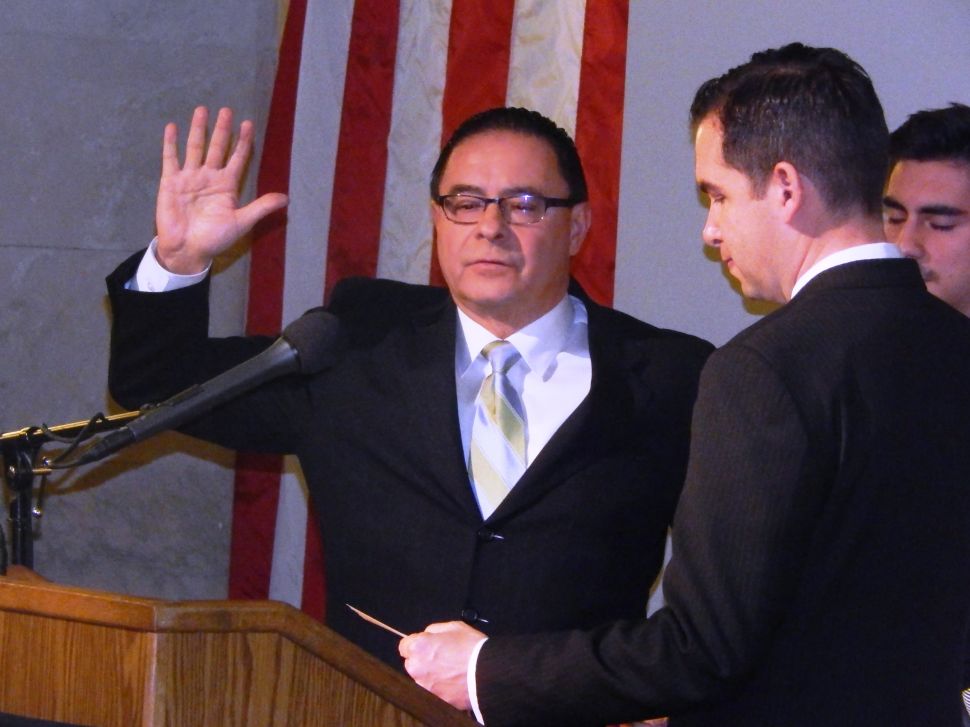