With Valentine’s Day fast approaching, countless singletons are no doubt gearing up to respond to that dreaded question from parents, grandparents and other nosy relatives: “So, are you seeing anyone?”

Instead of trying to justify your single status to your crotchety aunt, there’s also another option—downloading an Invisible Boyfriend or Girlfriend, which launched today from private to public beta.

Yep, we’re for real. The apps, founded by St. Louis’s Matthew Homann and Kyle Tabor, let users pay for “believable social proof” that they’re in a relationship. They generate everything from photos and meet-cutes to text messages and actual voicemails—all of them totally fake, but also totally realistic.

“It really helps people tell a better story about a relationship they’re not in,” Mr. Homann told Betabeat.

Mr. Homann first bought the invisibleboyfriend and invisiblegirlfriend domains nine years ago, when he was newly divorced. For years he didn’t do anything with them besides use them as “a good cocktail party story.”

But at a 2013 Startup Weekend in St. Louis, he and a small team decided to pitch Invisible Boyfriend and Girlfriend as a veritable business idea. They placed first.

Today, Mr. Homann and Mr. Tabor don’t see their product as a joke. They suggested a host of very legitimate potential use cases, from soldiers overseas “without a girl back home,” to employees seeking a way to fend off a coworker’s unwelcome advances.

“[Imagine] you’ve got conservative grandparents in the Bible Belt who can’t believe you might be gay or lesbian,” Mr. Homann suggested.

Besides helping people create fake beaux, the app has had some surprising effects the cofounders didn’t expect. Mr. Tabor explained how one male user secured a real-life girlfriend when the woman he’d been dating spotted some text messages on his phone.

“She saw that he had an upcoming date with another girl—his Invisible Girlfriend,” Mr. Tabor said. “That put a fire underneath her—she needed to lock things down.”

We needed to know: how does the service generate text messages and voicemails that seem real? We should make it clear that users don’t just receive generic, robotic texts; the messages read like they come from a human, and your Invisible partner will actually respond if you text them back.

Mr. Homann said the recipe is a “secret sauce,” but hinted that “you can tell in many cases there’s a real person on the other end of the message.”

“One of our users,” he said, “[has] actually told us she’s texted her Invisible Boyfriend practicing things she might say to a young man she might meet in St. Louis that she’s interested in.”

“Our inaugural service is $24.99 and includes 100 texts, 10 voicemails, and 1 handwritten note,” Mr. Tabor told Betabeat in a later email. “We’re looking to create both less and more expensive packages as we learn what our users need.”

Additionally, it’s currently only available in the U.S. and Canada, but Mr. Homann and Mr. Tabor are hoping to raise funds so they can expand to other parts of the world—like to countries where it’s a crime to be gay, and people might have an extra-pressing need for a fake heterosexual relationship.

“When we [started] in November of 2013, it seemed to be easy to joke about the idea of the service,” Mr. Homann said. “[But] we really have been surprised and humbled—there are people who look at this, it’s not a joke for them.”

“We really think people signing up,” he continued, “are filling a meaningful void.” 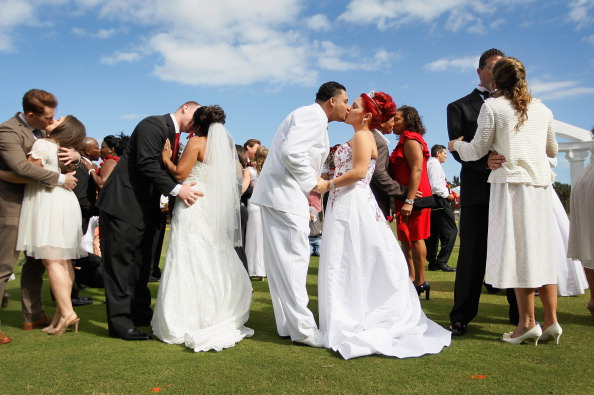