From major media outlets to office cooler conversationalists, the topic under discussion lately has been the horrific acts of terror perpetrated in Paris, France. And these discourses will continue–as they should.

That’s why it is so important to sift through all the information, and misinformation, we are receiving and evaluate it with the proper perspective. The most prominent and central misnomer has to do with Islam. Voices have been asserting that these actions taken by the terrorists are not the true face of Islam. What they mean to say is that these murderous, hateful and evil terrorists do not represent what most commentators understand Islam to be.

But, alas, look at what acclaimed Arab news veteran Abdul Rahman al Rashid wrote in a column for Asharq al Awsat, one of the most important Arabic-language newspapers.

Headquartered in London, Asharq Al Awsat, clearly identifiable by its green-tinted pages, is a very successful off shore Arabic publication–off shore meaning that it is produced outside of the Middle East.   Printed in twelve locations around the world, it is by far the most circulated off-shore Arabic paper and its pages cover subjects that could not openly be discussed elsewhere in much of the Arab world.  The owner of the paper–and this is important–is a member of the Saudi royal family.

In his column, al Rashid repeats the phrase that we have all heard or said countless times. He writes: “Not All Muslims are terrorists, but almost all terrorists are Muslims.” Rashid does not claim credit for coining the expression but the mere fact of writing those words it in an Arabic paper after Muslim terrorists murdered twelve people in Paris was nothing short of sensational.

Here is where the problem resides. The vast number of Muslims, including religious leaders and websites, are silent. There has been little condemnation of the brutal attacks in Paris from official Muslim sources. Actually, most of the websites that do address the issue are in support of the brutal mass murder. There are only a few websites that condemn or proffer alternative ideas to the vitriol spread by the slick and very enticing extremist sites developed by al Qaeda and ISIS.

There is no way for the Western world to successfully confront and put a halt to the murder of Westerners by Muslims. The problem must be dealt with from within. Only internal Muslim forces can douse the spread of this terror. Only Muslim forces have the credibility, the access and the power of bring about change within the Muslim masses. And it can be done.

Within Islam there is a long history of the mainstream subduing extremist forces. Hassan ibn Sabbah was an extremist who gathered followers and created a hit list and then assassinated all those with whom he disagreed. His followers were called “hashishin” because they smoked hash. But that did not prevent them from being highly capable hit men. Our English word assassin comes from Hassan Ibn Sabbah’s group.

So how did the Islamic mainstream deal with Sabbah and his assassins? They isolated him and his followers. In the end Sabbah escaped to Alawat where he remained in hiding in the fortress. According to legend Sabbah only left twice, to ascend the roof. He stayed in the fortress in Alawat until he died.

There is clear textual and historical basis for Muslim terrorists to murder–saying that that is not so is to be intellectually dishonest. And there is no doubt that those in the West and those Muslims trying to defend Islam by claiming otherwise are referring specifically to the dimensions within Islam that embrace justice and peace.  But one cannot deny that the murderous terrorists are also referring to specific elements within Islam and they are embracing a serious and significant element within Islamic texts that exhorts the cold-blooded murder of innocents.

We must also remember that while terror is terror, all terrorists are not alike. The terrorists in Paris, France who attacked Charlie Hebdo are said to be from al Qaeda, but that is not so clear. One of the terrorists, Charif Kouachi, was convicted and sentenced to three years in prison in 2008 for recruiting and organizing people to join all Qaeda and fight for the cause. But since 2008 ISIS emerged and many groups and many organizers switched fealty from al Qaeda to ISIS.  It is likely that the Kouachi brothers started their careers as terrorists in al Qaeda and ended up being strongly influenced by ISIS.

Al Qaeda has a loosely knit organizational structure in Europe. Al Qaeda sends commands through the internet. They have coded communications. The hierarchy of leadership draws up plans and then recruits are vetted and terrorists are trained and selected to implement those plans.

ISIS is not a membership organization in Europe. ISIS trained their people in combat in Iraq and Syria. Then they sent them home to wreak havoc. If they frequented ISIS websites — they were influenced by ISIS.  That seems to be how this heinous attack unraveled in Paris.

For the time being at least, the siege is over. But it will resume, and more fierce and more ugly each time until Muslims police its own.

Michah Halpern’ is the author of, Thugs: How History’s Most Notorious Despots Transformed the World through Terror, Tyranny, and Mass Murder. 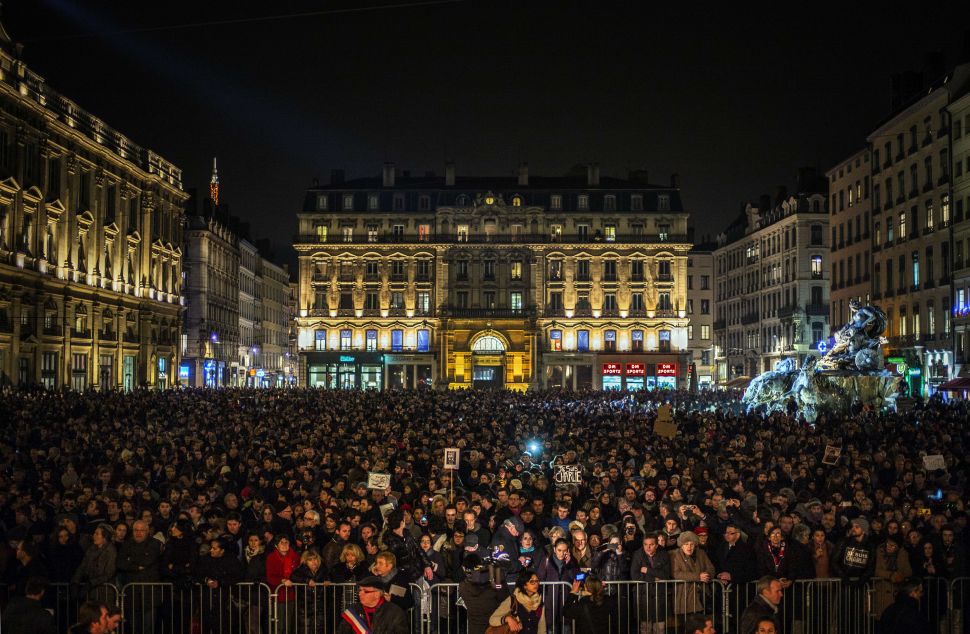