The plaintiffs law firm Weitz and Luxenberg, which employed Assembly Speaker Sheldon Silver, is said to have provided Mr. Silver with $5.3 million in referral fees, despite his having “never performed any legal work whatsoever,” according to the prosecutors.

But even these amounts, capped by federal law, pale next to the dollars showered upon candidates for office in New York State. And although no wrongdoing has thus far been attributed to the law firm, it’s at least worth noting that two of the biggest recipients were both involved with the Moreland Commission, which was mysteriously and abruptly disbanded by the governor in March 2014 after less than a year on task of probing public corruption.

The Moreland commission’s co-chair, Kathleen Rice, is now a Congresswoman from New York’s 4th District. But before that, she was the prosecutor for Nassau County and thus a sensible choice for a seat as co-chair on the governor’s anti-corruption panel. According to the Daily News, Ms. Rice raked in a stunning near-$300,000 from Weitz and Luxenberg’s principals and wives. An Observer last April editorial noted that “Their firm, Weitz and Luxenberg, employs Assembly Speaker Sheldon Silver, a calcified symbol of the status quo in Albany.”

Weitz & Luxenberg was equally generous with Attorney General Eric Schneiderman. Perry Weitz, Felicia Weitz, Arthur Luxenberg, and Randi Luxenberg alone combined for $200,000, with each giving $50,000 according to an article that says “The attorney general has topped even his popular predecessor, Andrew Cuomo, in raising money from organized labor.” There have been other donations since, including $12,500 each from the two named partners.

As with Ms. Rice, the Attorney General’s role in keeping mum while the governor shut down the Moreland commission came under withering criticism from those who expected more from the state’s top law enforcement officer. This was no partisan hack job – Democrats were just as loud as Republicans in demanding an explanation from the AG, and both were joined by non-partisan groups.

The good-government publication Gotham Gazette wrote, “Schneiderman’s entire involvement in the Moreland Commission mess, both past and present, remains a question mark as the AG has only commented to say he shouldn’t comment – something that is becoming a familiar refrain for many of those involved with the commission.”

Weitz & Luxenberg was founded in 1988 by Perry Weitz, who had been practicing personal injury law alongside his father in law, Morris Eisen. Mr. Weitz bailed from Eisen’s Woolworth Building offices in 1986 to found his own firm with another fellow from his father-in-law’s shop, Arthur Luxenberg. The hard-charging Eisen perhaps charged a bit too hard – he went to prison for three years for racketeering that involved fabricating evidence and bribing witnesses. Never short of chutzpah, Eisen later sued firms that failed to pay him for referrals he made before and after his disbarment.

Interestingly, referral fees are at the core of the case against Mr. Silver. The government alleges that Weitz & Luxenberg paid the speaker $1.4 million in salary and another $3.9 for referrals – and that some of those referrals came from a doctor who himself was the beneficiary of state money that Mr. Silver helped arrange.

With the stunning arrest of the Speaker, the disbanding of the Moreland commission once again takes center stage. The Attorney General was not only involved with that disbanding, but also counts the law firm at the center of the Speaker’s demise among his biggest donors. With US Attorney Preet Bharara hinting that New Yorkers ought to ‘stay tuned‘ for additional corruption arrests, the next few weeks could prove to be wildly interesting in the Empire State. 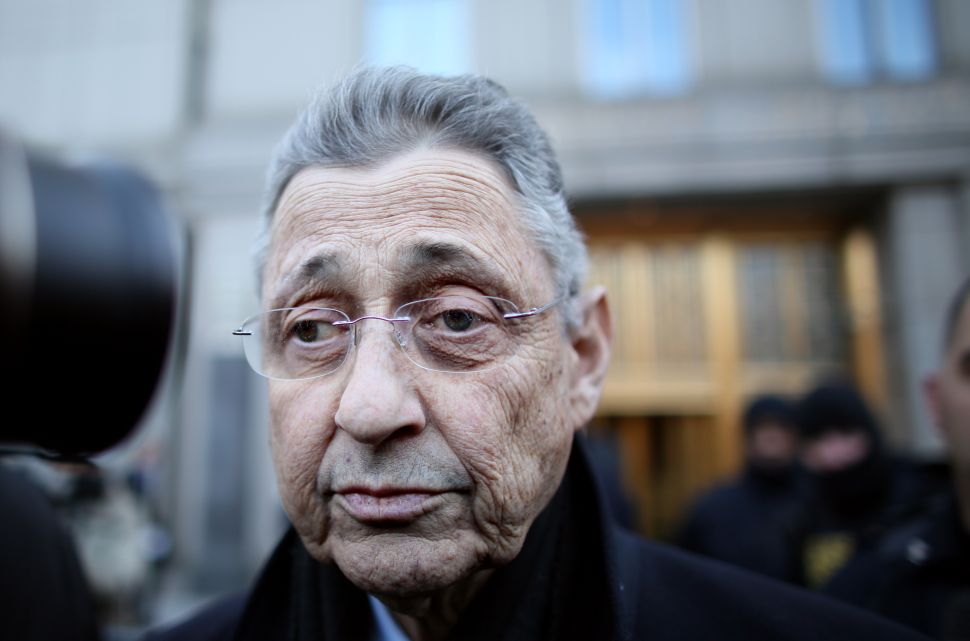