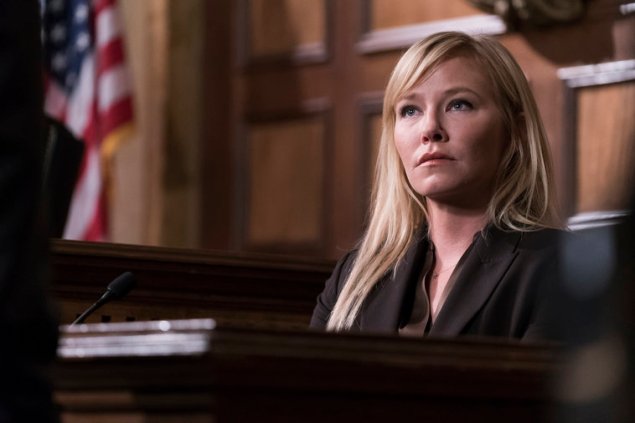 The evil that you know exists causes far more havoc in your life than the evil that you simply perceive to be around you. This statement is certainly true for everyone, no matter who you are or what you do, but it’s a tough realization for someone who works in a position where she sees the underbelly of humanity every day thus knowing the truth about many real, disgusting types of evil.  Someone like, say, a sex crimes detective.

Detective Rollins, who deals with criminals who violate other people’s lives on a catastrophic level, comes to the realization that she’s not beyond the reach of such a person.

When Rollins former boss, Deputy Chief Patton, blows into town for a conference, he brings with him a cute, young, blonde detective, all the while complimenting Rollins in his slow, Southern way, using the word,’Darlin’, far too frequently in a work setting. After Rollins begs out of a group night out on the town with him and some fellow law enforcement types, she hustles out to a bar on her own, knocking them back rather quickly, clearly trying to shake off the earlier events of the evening.

Cut to the next morning when Sergeant Benson and Rollins find themselves taking to the cute young blonde detective, Reese Taymor, who discloses that she was assaulted the previous night. Rollins, seemingly knowing what’s coming before Taymor even says the name of her assailant, is so upset by the news that she pretends to get a call on her cell and exits the room, only to nearly collapse in the hallway. After Rollins has left, Taymor reveals to Benson that it was Chief Patton who assaulted her.

Because Patton is her superior and she was drinking, Taymor insists that she wouldn’t be pressing any charges. Interestingly, three years ago when Rollins she told Benson that something happened in Atlanta, she brushed it off as ‘something not worth pursuing,’ clearly feeling similarly to Taymor, in that speaking out against Patton would be career suicide.

When Benson and Dodds discuss Taymor’s claims, Dodds pulls Rollins in the office and asks her if she thinks Patton could have done this, to which Rollins says, “You can never tell who’s capable of what.” No clearer statement has been spoken…. about Rollins herself, with more revelations about that aspect of her to come later in the episode.

When Dodds orchestrates a sit-down with Patton to discuss what transpired with Taymor the previous evening, Patton insists that the liaison was consensual, trying to talk his way out of the allegations. Dodds earns some points with Benson and the squad when he doesn’t let Patton off the hook for any of it.

Fin rushes off to be by Rollins side as she’s once again at a bar. With his smooth way, Fin gets Rollins to talk about how Patton manipulated her. She tells him how her sister got in trouble and Patton told her he could make it go away, with some cooperation on her part. Still in denial about the real effects of what’s happened to her, Rollins says that Taymor will go back to Atlanta and she’ll pretend nothing happened. Rollins won’t admit that she was raped because she insists that it wasn’t like that. Fin immediately insists that Rollins go to Barba with the info, but she’s reluctant.

After learning that Dodds can’t charge Patton with anything unless there is a complaining witness, Rollins talks to Taymor who at first thinks Rollins is on Patton’s side, but Rollins explains, without giving too many details, that she’s been through something similar, Taymor relents and agrees to file charges against Patton.

In court, Patton continually exchanges glances with his wife of twenty years while his lawyer tries to rip Taymor on the stand. She says strong, but Rollins realizes that to win the case she has to testify.

During her trial prep, in a somewhat darkened courtroom, Barba gently guides Rollins through describing the details of her experience with Patton, but he clearly backs off and lets her lead when he realizes that what she’s describing is most definitely a rape, something that Rollins has obviously yet to really admit to anyone, including herself. When Rollins finally says, “He raped me,” she seems as shocked at hearing the admission as she is that she’s actually said it out loud, and is owning it.

Unfortunately, the judge rules the inclusion of Rollins’ accusations inadmissible so it’s up to Barba to get Patton when he takes the stand in his own defense. As Barba goes at him, Patton grabs his left arm and nearly collapses right then, but later it’s discovered that Patton’s distress is not a heart attack but a panic attack.

In the end, Patton’s lawyer swings a deal that results in no jail time for the former Chief, but he has to allocute in open court that he had sex with Taymor without her consent. When given the chance to say anything on his behalf, Patton turns, gives Rollins a death stare, and says, ‘no.’

Amaro is upset that Patton received no jail time but Finn is happy that the former officer of the law is now an esteemed member of the sex offender’s registry. As the trio make their way out of the courthouse, Rollins admits that she’s happy it’s all over, that she’ll be taking some time off and that she needs some time to herself to recover, probably the wisest decisions Rollins has made in a long time.

This was a standout episode for a number of reasons, not the least of which was the casting of Harry Hamlin as Chief Patton. No one can play good-looking smarmy quiet like Hamlin.

It’s also a credit to TPTB that they let these guest stars shine in unconventional ways as evidenced by the interrogation room scene between Peter Gallagher’s Chief Dodds and Patton. What other show would let two guest stars work together this way?

There were some letdowns in the conclusion of this episode. First, it seems totally unjust that Patton got no jail time for raping two women, no matter his law enforcement position, but this sort of thing does happen so it’s not unrealistic in any way for it to go down this way.  Also, it would have been great to see more between Rollins and Taymor. Taymor seemed relieved that Rollins came forward, but would she be upset that this happened to Rollins and Rollins walked away at the time? Would she be resentful of Rollins inaction and asserted that it was a contributing factor to her assault? And what about Rollins own remorse over that? But with regards to that, if Rollins had never admitted to herself that she was raped, she may have convinced herself that she was the only one Patton took advantage of in this manner. And who knows, Rollins self-actualization process seems to really have just started, so some of these factors may come into play at a later time (and knowing these writers, that’s precisely what’s likely to happen. They don’t let any questionable personal decisions go without some dire consequences, do they?) But with regard to more story, let’s remember this is only an hour show, and those minutes are tightly packed, and very well utilized, as it is.

Within the squad, the evolution of the characters interaction is a still moving at a very pleasing pace, with Fin once again showing that he’ll always have Amanda’s back, Nick doing his best to be what he thinks Amanda needs in her life (even if she doesn’t know that she needs), and Olivia reaching out to Amanda about going to therapy, even though Amanda was cruel to Liv when Liv started seeing Dr. Lindstrom. (And even though Amanda bolted from Lindstrom’s office before she saw him, at least she went. Sometimes it takes baby steps.)

And it could go without saying that Kelli Giddish was stellar in this episode, but it shouldn’t. Just because she’s done outstanding work in the past in her portrayal of Rollins foibles doesn’t mean this performance should be overlooked in any way. And, it will be interesting to see where this character goes from here and how Giddish plays that evolution.

One thing is for sure, one again Rollins got in over her head trying to help her family. She should just stay away from those people. Although, I will say, when Patton’s wife mentioned Rollins’ mother you know that wasn’t just in passing. That’s a big breadcrumb there, right? (And I’m still lobbying for Dale Dickey in that role. Look her up and then try to disagree with me about this.)

Speaking of family strife, Amaro is apparently about to get into it with his father in a few weeks. EP Warren Leight wasn’t kidding when he said this season was going to be about family. Everyone has family. Everyone can understand family dysfunction; it’s just surprising to see it in a ‘prodecural’ drama. Whatever you call it, drama is certainly an accurate description for this show. 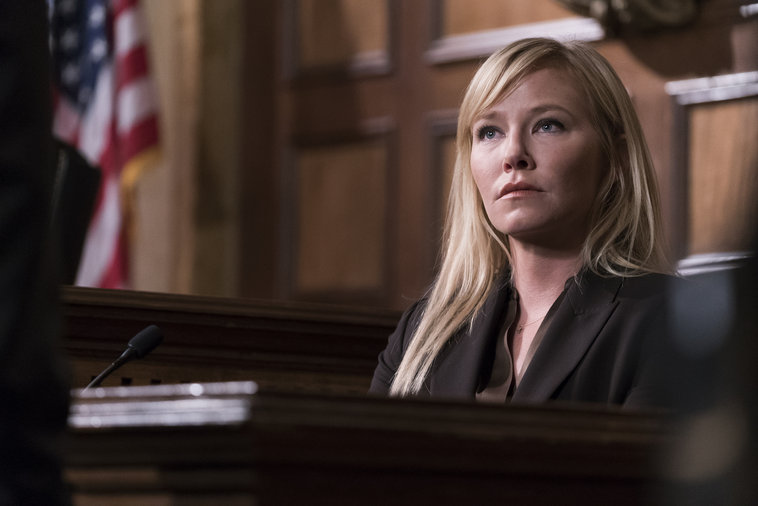