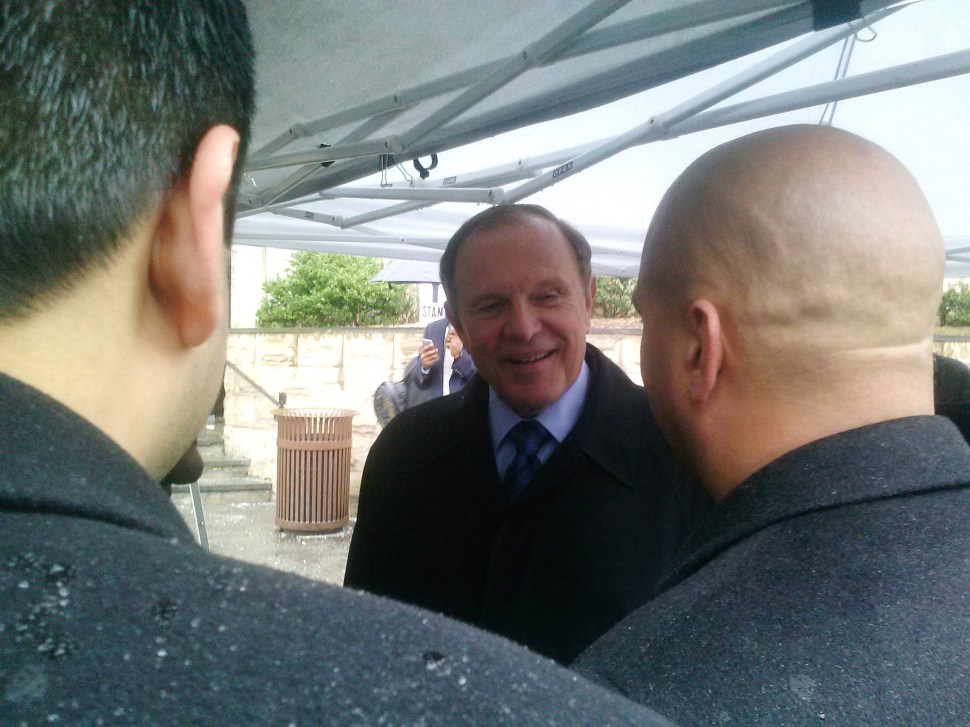 ELIZABETH – Leave it to New Jersey’s most voluble Francophile to put a French exclamation point on this morning’s press conference days after terrorist killings upended the City of Light and reverberated around the world.

One of two Americans to win the prestigious international human rights award from Le Memorial de Caen, the D-Day Human Rights museum in Normandy, France, in its 25 year history, and an avid vacationer to France, Lesniak was the only public official as part of a tent filld with the likes of U.S. Senator Cory Booker and U.S. Senator Bob Menendez – who seized on the moment to declare his solidarity with Charlie Hebdo, the satirical magazine targeted by the terrorists. 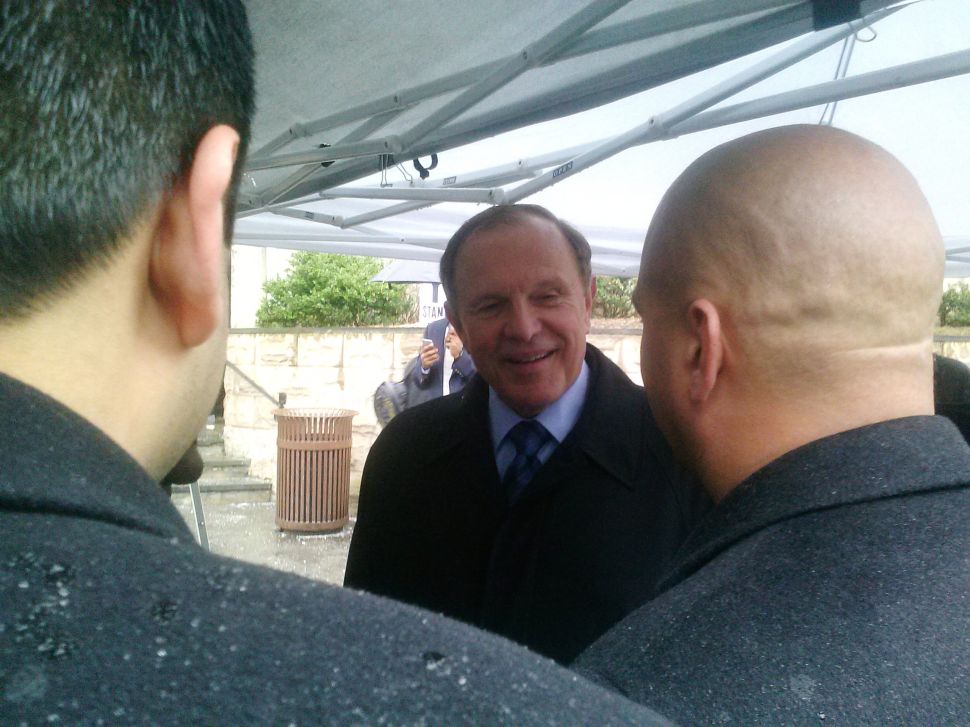