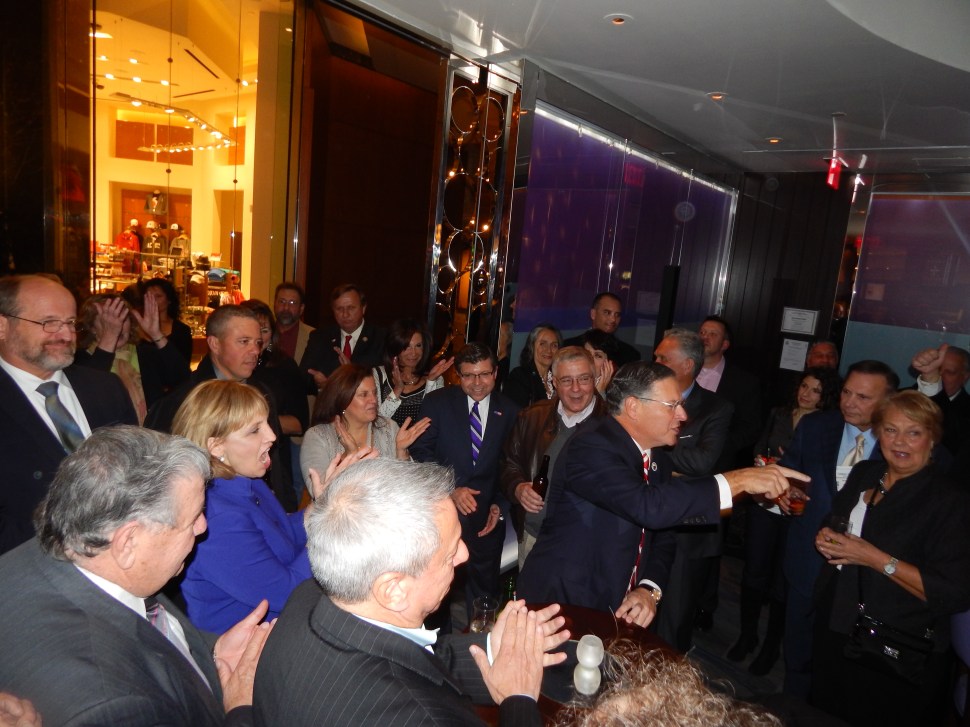 It’s an oft-grumbled curse among the basement columns of the Statehouse, that Gov. Chris Christie built a personalized brand while blowing up the New Jersey Republican Party, but those well-worn party farm hands and casino carpet prowlers mean to challenge an atmosphere of abiding GOP bewilderment and find a way forward in a low-turnout election year with Christie on presidential campaign duty and a 2017 gubernatorial election barely visible on a trashed and frigid Atlantic City horizon.

Despite the optics of a party basically at peace with being downbeat but at least open to the possibility of trying to be at peace with itself while channeling cheerful energy, Republicans – their registered members considerably fewer than Democrats – must juggle multiple platters of difficulties to have a sustainable future in New Jersey – in addition to the usual intra-party theatrics.

For starters, movement conservatives are leery of traveling to Atlantic City and either standing alone at the bar, or finding themselves dragged onto a conga line of like-minded RINOs, complete with no speaking roles and the obvious uncomfortable insulation of a Westfield GOP establishment-heavy cast, including Bramnick, DuHaime, Kean, Palatucci, Rich Bagger and Chertoff.

It’s Bramnick’s event, he’s packing the Colosseum with players (close to 1,000, by the reckoning of insiders), which means his statewide party rival Guadagno has the more difficult task of trying to look convincingly imperial, as if all the assembly minority leader’s efforts don’t add up to the office she already occupies, one seat removed from the governor.

Guadagno’s Christie’s lieutenant governor, but throughout his Bridgegate troubles, the governor has had one consistently public and demonstrative champion, and that’s Bramnick, a toe-to-toe presence on cable television with any number of Democratic foils, including, usually, Assemblyman John Wisniewski (D-19).

“That’s his play, his calculation,” said a GOP source of Bramnick, speaking on condition of anonymity.

“I wonder if he’s able to pull it all together and get people to take him seriously,” the source added. “I love Jon, but his challenge on Monday is going to be to come across as less a stand-up comic and character in a movie and more serious and real.”

The same source seethed at the absence of New Jersey’s Republican governor, but welcomed it as Guadagno’s chance “to go and look gubernatorial.”

Sources to a man applaud Bramnick’s vigor in putting the event together and at least one Guadagno fan quietly fretted about how the event could make her look less sure-footed than her rival.

“The mistake Kim is making is she thinks she’s the incumbent,” the source told PolitickerNJ.

Guadagno and Bramnick already routinely step on one another’s toes on the soft campaign trail in the lead up to 2017, leaving  some party leaders more intent on drawing a better bead on the developing plot line.

Powerful party player George Gilmore, chairman of the Ocean County GOP, has called for a Tuesday breakfast, where both Bramnick, Guadagno and Kean (always a statewide consideration because he’s the son of beloved former Governor Tom Kean, Sr.) are expected to be central figures at the table.

Sources say it’s too early to put an exclamation point on a statewide establishment candidate for governor, but Gilmore and other chairs – including Atlantic County Republican Chairman Keith Davis and Cape May Republican boss Mike Donohue – will be carefully inspecting the prospects on display in Atlantic City.

Bramnick was brimming with goodwill on Thursday.

“It’s more of a friendraiser than a fundraiser,” insisted the Republican leader, who, in a low turnout election year plays the lead role in trying to elect Republicans to the legislature despite a difficult map that favors Democratic control of the Statehouse.

“It’s a rally to support Republicans around the state,” he added, apparently eying with particular interest that 2nd Legislative District in Atlantic County where Assemblyman Chris Brown (R-2) is up for re-election in the face of what most insiders expect to be a $3 million Democratic Party effort to ram him out of Trenton.

There’s another possible statewide face that won’t be among the dimly lit ravages of AC depravity on Monday: Assemblyman Jay Webber (R-26), but his absence shouldn’t be read as a slight to Bramnick or anyone else.

“It’s my son’s birthday,” said the movement conservative Republican assemblyman from Morris County who in his stint as party chairman crossed swords on several occasions with Christie and Palatucci.

With weather another possible player, the event has most Republicans, excluding those who occupy its rightward flank – upbeat.

Not since the days of the late U.S. Rep. Bobby Franks have so many been visibly engaged – in February, a source said.

“I hope we do it every year,” said Essex County Republican Chairman Al Barlas. “It’s a wasted opportunity every year we don’t do it. You have to give people a reason to believe that we haven’t folded up our tent. Eight-hundred Republicans and counting – the sheer number of people who have signed up is a tribute to the energy. We have to make sure our party is vibrant.” 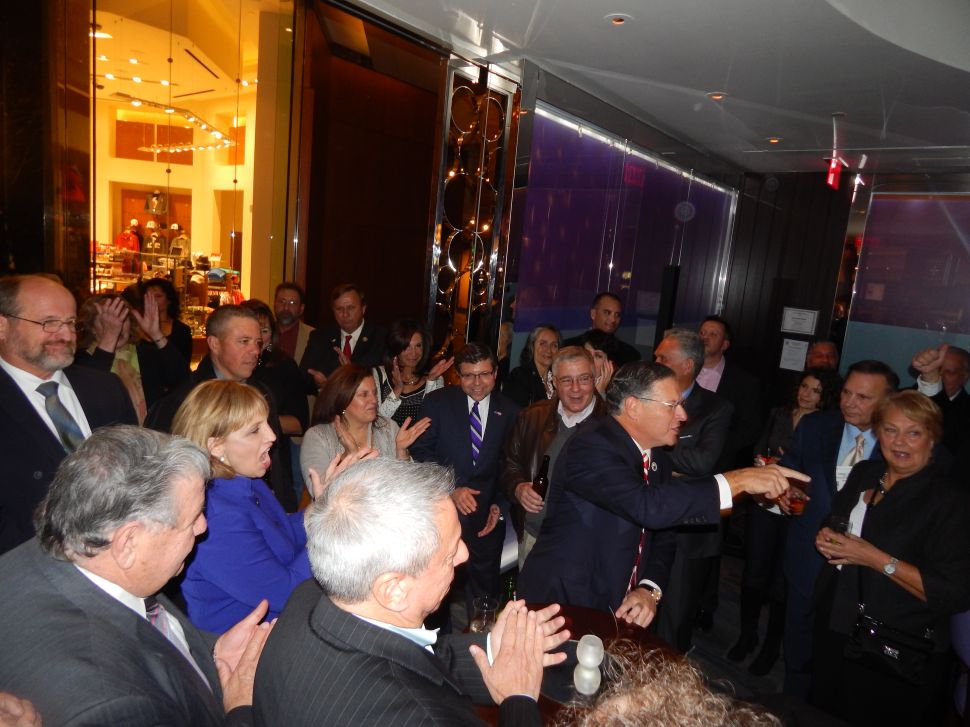