Atlantic County Executive Dennis Levinson in his State of the State speech this afternoon will ask Governor Chris Christie, the

A Republican, Levinson opposed the early iteration of controversial legislation designed to keep casinos in Atlantic City, but even with Christie assuming state control of the city’s finances – which Christie announced last week – Levinson wants government to back the revamped PILOT plan advanced by Mazzeo with the support of Sweeney.

The move comes as Levinson wades into a re-election year on a ticket with Assemblyman Chris Brown (R-2), who vigorously denounced the initial plan as an unfair burden on county residents.

The county executive’s advocacy of a plan hatched by Democrats could dissuade Democrats from mounting a serious challenge of the veteran Republican even as they bombard Brown.

Brown held the line in the legislature, but at this point the Republican will have to push himself into the discussion as Sweeney – with Levinson behind him and in contact with the governor – has the votes in the legislature to get the PILOT plan done.

Levinson’s advocacy is a big win for Sweeney.

“We believe passing the PILOT plan is essential to stabilize the taxes and help create economic development of non-gaming amenities in Atlantic City,” said attorney Nick Menas, an attorney with MGM and Levinson confidant. 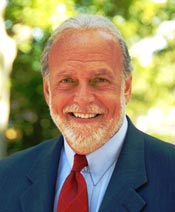