As winter storm Juno bears down on New York City for a clusterfuck of biblical proportions, a small group of crazies is getting ready to go see Marilyn Manson, Reflecting God™ and Antichrist Superstar™, stuff his 46-year-old body into a PVC corset and stalk around Terminal 5’s giant stage. As of this writing, the Bowery Presents insists the sold out show is “still on” (at least according to someone posting on the event’s page [ED: Update: Marilyn Manson has been rescheduled for Thursday]), an assertion that’s pissing off many fans who paid $62.50 a pop to go and see their depraved prince get freaky. That this price also included a digital download of his new album The Pale Emperor does not seem to appease these dark hordes. Will the show go on? Terminal 5 seems unafraid enough of their customers; whether the Boweries That Be are big enough meanies to make an applause vampire like Manson perform to an empty house—assuming his tour bus doesn’t get stuck in an Interpol type snowdrift situation—remains to be seen.

But what the storm may produce in disgruntled adult goths and low attendance, it more than makes up for in antichrist cred. Think about it: the religious right has long insisted that acts like Manson’s will bring holy retribution down upon our marijuana and abortion addled heads, and for the first time, they might actually be right. I mean, could it really be a coincidence that what may be the worst blizzard in recorded history is set to bury the northeast in an icy grave right as the world’s most famous Satanist attempts to spread his black wings and take a comeback lap around the region? Manson should be hugging his taxidermy teddy bear and raising a glass of Mansinthe to his good fortune (or Smart … I hear he drinks Smart now).

Then again, it could simply be that the Lord disagrees with the general critical consensus that The Pale Emperor is “the first thoroughly excellent Manson collection of the post-millennial world” (-Jeff Miers, The Buffalo News). Unfortunately, He could not be reached for comment. 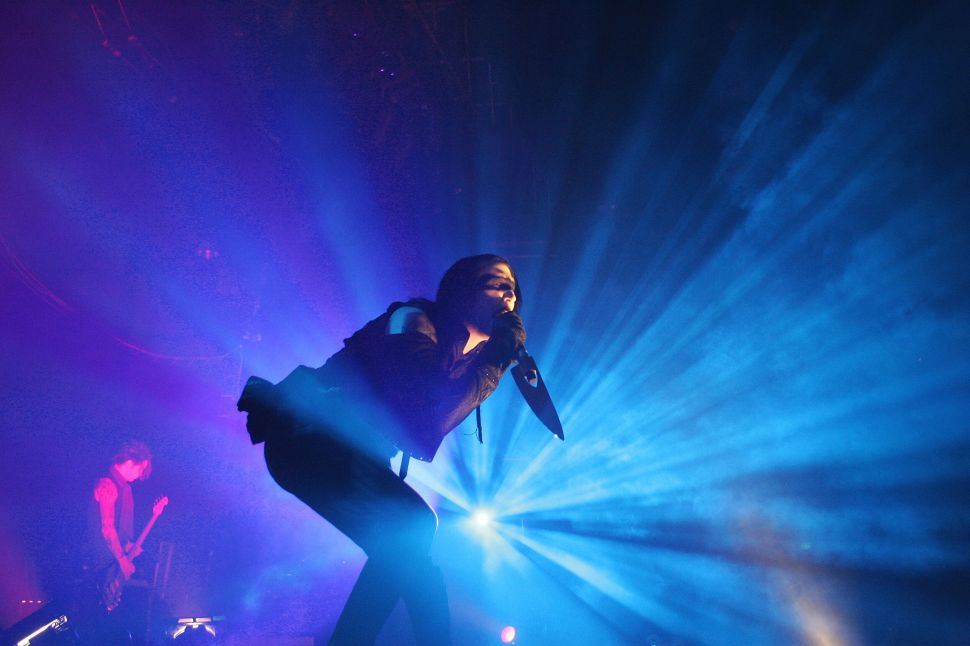