Council Speaker Melissa Mark-Viverito led a delegation of her fellow council members in signing up for the new IDNYC program—and argued that the application site’s problems are a positive, not negative, portent for the municipal identification card program.

Joined by half a dozen fellow city legislators, Ms. Mark-Viverito—who represents parts of Manhattan and the Bronx—went to Brooklyn Central Library to fill out paperwork for a New York City I.D., which was designed to grant access to city services to undocumented immigrants. Interest overwhelmed the site and 311 shortly after IDNYC officially launched on Monday, and the city is currently taking applications only by appointment at a number of libraries.

Ms. Mark-Viverito put a positive spin on the site failure, even as she noted that efforts are underway to restore it to working order.

“Listen, we always predicted that there would be a large demand, and what we’re seeing is an incredible demand,” she said, noting that the city has already received 5,000 applications. “I think this is a good challenge to have, such overwhelming demand.”

She added that the city intends to soon deploy mobile application centers, to relieve the long lines forming at the libraries. The speaker echoed Mayor Bill de Blasio’s dismissal yesterday of parallels between the IDNYC launch and the glitch-plagued Healthcare.gov roll-out.

“I think that is a really, an unfair comparison,” she said, noting Healthcare.gov served millions, as opposed to thousands like IDNYC.

Ms. Mark-Viverito was, however, willing to admit the analogy in a positive way.

“The response has been extremely positive and we’ve seen overwhelming support. Having had such demand for healthcare and for the municipal I.D. system, says a lot,” she said. 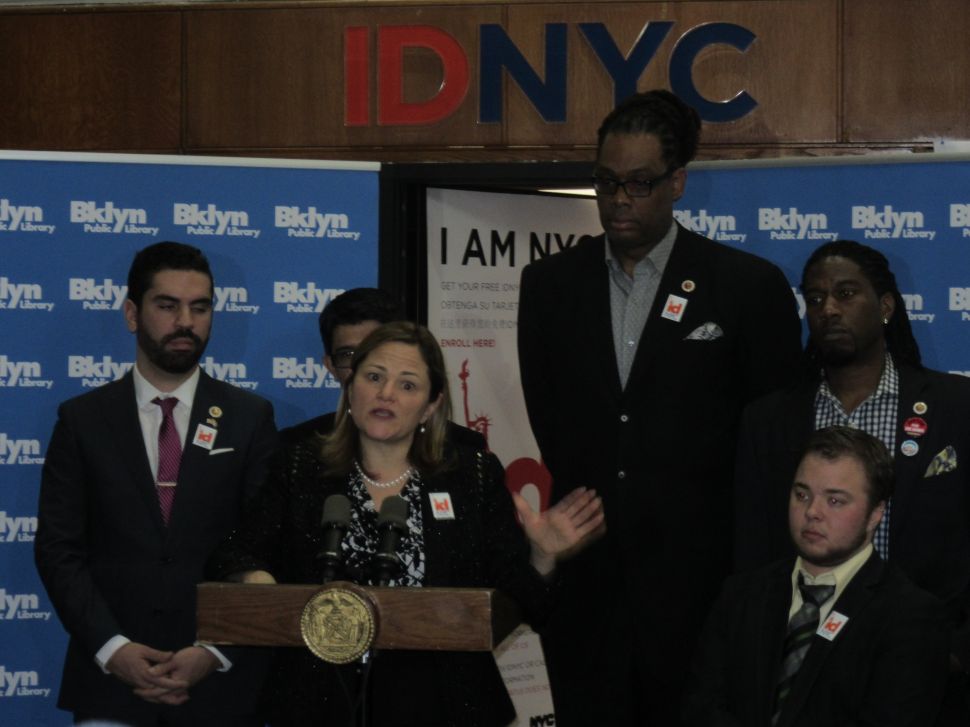