Let me start off by saying that ABC’s Agent Carter is ridiculously enjoyable. Despite not having the strongest story (another glittering orb Marvel? really?), the show is quick, genuinely fun, and Hayley Atwell is a damn delight as Peggy Carter. Seriously. As someone who literally only knows her as this same character from the Captain America movies I was shocked at her easy charisma and versatility. She could actually carry this show herself, but James D’arcy as Jarvis and Shea Wigham as Roger Dooley were great as well. Or maybe I’m just happy to still have Shea Whigham wearing a 1940’s fedora in my life. Either way, I was satisfied at the end of last night’s two hour premiere. More than satisfied. Agent Carter could be a show based on a lesser known comic book character that manages to stand on its own.

But, of course, it just can’t be that.

Agent Carter suffers from the same problem that Gotham did before it, and Agents of S.H.I.E.L.D did before even that. Agents began its run right after the massive success of The Avengers, and its first episode (and many episodes afterwards) featured clips of our favorite super-powered people doing super-powered things. Gotham constantly alludes to the world of Batman, whether it be with a familiar name, an obvious Easter Egg, or screw it just the Bat symbol itself. 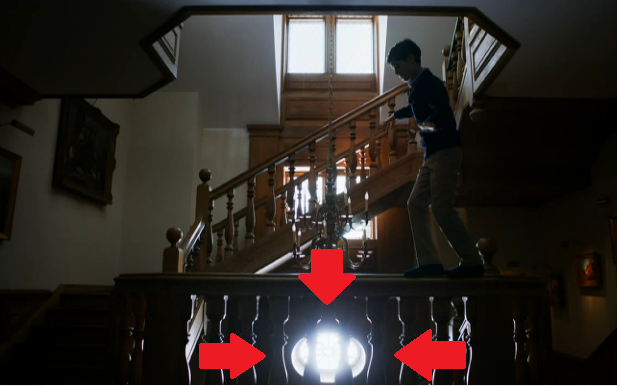 And one really can’t fault the creators for sticking these things in there. As they say, dance with the one who brung ya. These smaller shows wouldn’t exist if it weren’t for these widely successful and well-known characters. And they are the reason half the audience tunes in initially, that built in hook that makes a first night viewing a no-brainer. But is that all it is, though? To me, these constant references make it almost impossible to become invested in the show in the first place. They are promises that are at the same time impossible to keep. Batman can never show up on Gotham because Batman is a twelve year old boy. The show ends when Batman shows up. Similarly, Iron Man can never show up on Agents of S.H.I.E.L.D because it costs $4 billion to have Robert Downey Jr. sneeze within five feet of a room. So why badger the audience with something that can never happen, when instead you can invest full attention on the characters you do have.

Agent Carter, unfortunately, falls into the same trap. The show has a major Captain America problem, meaning it simply can’t stop alluding to Steve Rogers. Before I go on, I’m not saying the best move its to ignore Captain America, that would be impossible. But the first half of the premiere made an egregious error in using numerous clips from the first Captain America movie. It gets audiences used to the idea of seeing Chris Evans face. Unfortunately, during Agent Carter’s timeline Chris Evans’ face is a popsicle buried in Antarctica. Captain America is not going to show up on Agent Carter. Why make promises you can’t keep?

The second hour of the premiere kept Captain America’s name prevalent through a period-appropriate radio show, The Captain America Adventure Hour, that played throughout the episode (and voiced by Ralph Garman. Anyone remember the Joe Schmo Show?) The main point of the radio show is that “Captain America” is constantly saving the helpless “Betty Carver” from Nazis. It pisses off Peggy Carter, and makes it pretty clear to the audience that Carter is not helpless. She’s a badass. But then again, is the Captain America radio show essential? We know Peggy Carter’s a badass that needs no man, because the other 99% of this show is dedicated to showing us that she’s a badass that needs no man. I watched her toss the guy in the green suit out a window, Marvel. That was cool. That was enough. Why remind us that the only man she’s ever accepted help from  was Captain America, when there’s almost zero chance that character ever shows up on the show?

Fortunately, based on the strong premiere Agent Carter knows what it wants to be much better than Gotham and Agents of S.H.I.E.L.D did in their respective first seasons. In time, it might even be a better show, too. Because it is a good show, with a strong story and, more importantly, strong characters. I’d like to spend some time with these characters, not the ones that can’t be bothered to show up. 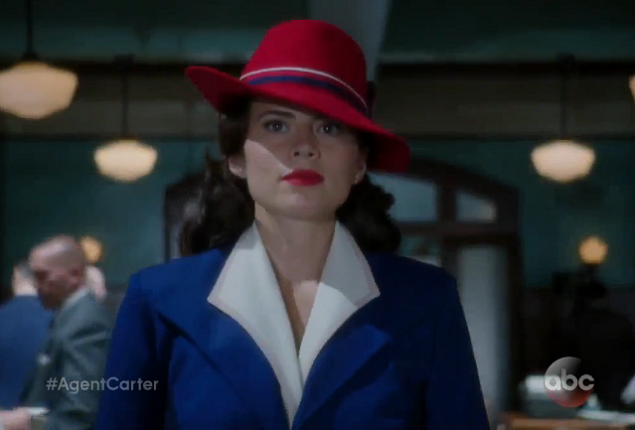