Addressing reporters at an unrelated press conference at City Hall, Ms. Mark-Viverito acknowledged the severity of the accusations against Mr. Silver, whom U.S. Attorney Preet Bharara claims received kickbacks from law firms after referring real estate interests with business before the state to them. The Democratic Assembly Speaker, a personal injury lawyer by trade, also allegedly funneled state money to a doctor’s research center in exchange for asbestos suit referrals.

“You know, let’s be clear, the allegations are extremely serious, and if he is found guilty, he should step aside,” Ms. Mark-Viverito said. “If those charges do bear out, there are serious concerns here.”

She stopped short of calling for the powerful Mr. Silver, who has held the reins of the Assembly since 1994, to resign immediately. Instead, she argued it was the responsibility of the members of Mr. Silver’s conference to determine whether they should remove him.

“In the meantime, any decision in regard to his tenure is up to the Assembly,” she said. “Obviously, everyone in our system is innocent until proven guilty.”

Assembly Democrats reportedly decided in a closed-door meeting earlier not to remove Mr. Silver from his perch.

Mr. Silver, a Manhattan lawmaker leading a delegation of Democrats hailing mainly from New York City, has been seen as an ally in Albany to Mayor Bill de Blasio and his friends in Ms. Mark-Viverito’s Progressive Caucus. He has served as a liberal counter to the upstate and Long Island-oriented Republicans who control the State Senate, and to the fiscally conservative Gov. Andrew Cuomo.

Ms. Mark-Viverito remained assured, however, that Mr. Silver’s legal troubles would not interfere with City Hall’s effort to obtain funding from Albany. 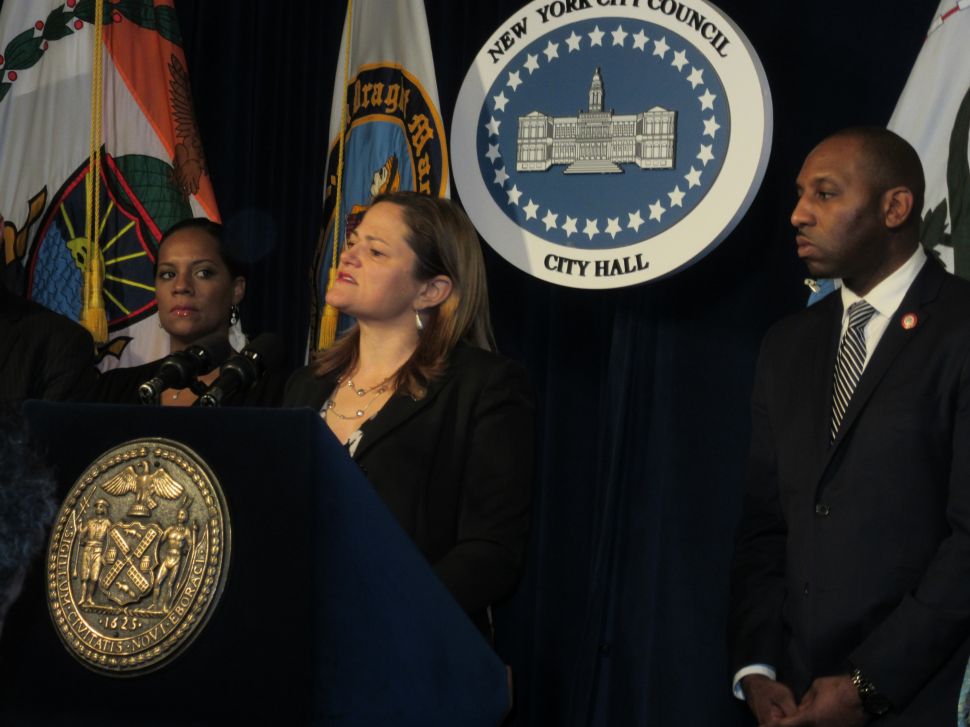