The New Jersey lawmakers stressed what they believe are the catastrophic environmental and economic consequences of an oil spill near the Jersey Shore.

The draft proposed Five Year Program, which was announced on Tuesday, allows for oil and gas exploration in a portion of the Mid- and South Atlantic planning areas, encompassing areas offshore of Virginia, North and South Carolina, and Georgia.

“It is unthinkable that the Administration would open parts of the Atlantic Ocean, a fragile and priceless ecosystem that is home to such a unique array of marine life, to oil and gas drilling and potential damage from pollution and oil spills.” the statement reads. “An oil spill in the Atlantic Ocean would not occur in isolation. A spill anywhere along the Atlantic coast would cause severe environmental damage to beaches, fisheries, and marine life throughout the Eastern Seaboard, while also seriously threatening the ocean-based economies that rely on them. Opening up the Atlantic coast to drill for fossil fuel is unnecessary, poses a serious threat to coastal communities throughout the region, and is the wrong approach to energy development in this country.

“The economic consequences of an oil spill near the New Jersey coastline would be catastrophic Our beaches are a tremendous resource for all those who come here to enjoy them, and they are a huge economic engine for our state,” the statement continues. “They are the primary driver of a tourism economy that supports 312,000 jobs in New Jersey and generates $38 billion in economic activities for the state each year. An oil spill near our coast could cause real damage to the state’s economy, including the loss of jobs.

“In addition to serious economic concerns, offshore oil drilling threatens permanent and devastating degradation to our environment and natural resources. The Jersey Shore is a priceless natural treasure, providing recreation to generations of families and supporting a thriving ecosystem of marine mammals and sea life that must be protected. As our state continues to rebuild and recover from the unprecedented devastation of Superstorm Sandy, we simply cannot afford a man-made disaster from oil and gas drilling off our coast.

“We learned hard lessons in the wake of the Deepwater Horizon tragedy – offshore drilling poses a substantial risk of economic and environmental devastation for our shoreline communities. This latest plan, however, ignores that reality. We should focus our energy policy on expanding renewable production here at home, rather than jeopardizing the environment or our regional economy for the sake of more polluting fossil fuels.

“The Administration attempted to include oil and gas exploration in the Atlantic Ocean in its last Five Year Plan. Ultimately, however, it was removed due to the ecological and economic resources that would be jeopardized by offshore oil and gas activities. It was a bad idea then and is still a bad idea now. We urge President Obama to remove the Atlantic Coast from this plan to ensure that our pristine natural resources are preserved and protected for generations to come.” 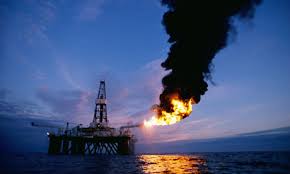