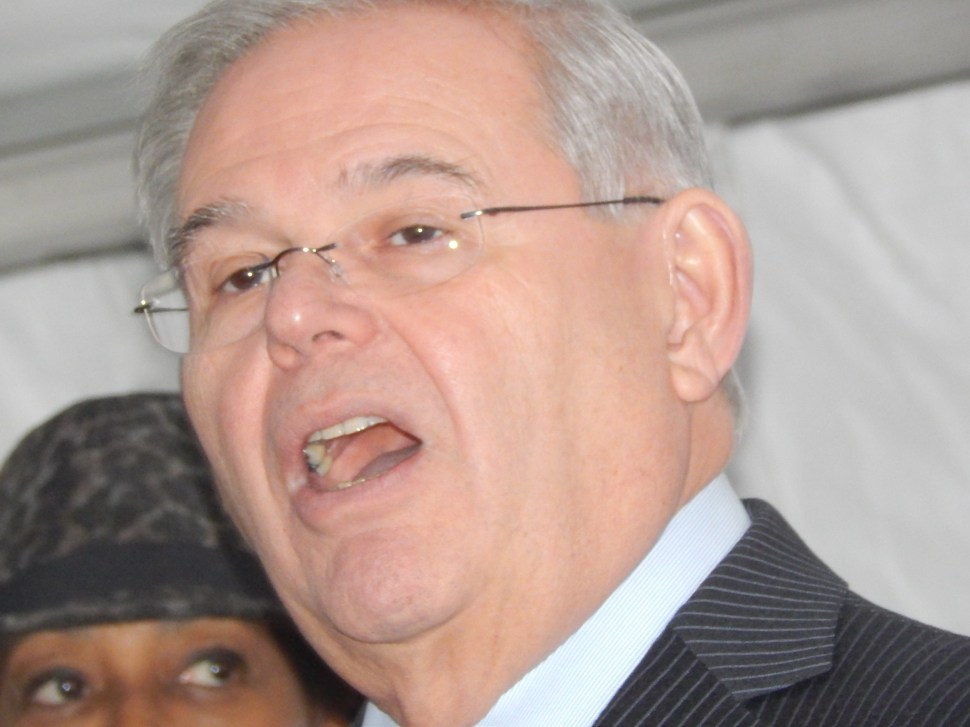 Senator Robert Menendez (D-NJ), Ranking Member of the Senate Foreign Relations Committee, delivered the following speech, as prepared for delivery, on the Senate Floor about U.S.-Cuba relations, the Castro regime’s repression of human rights, and the need for democratic reforms in Cuba.

(Please note: Images of floor charts are linked to within the speech text, below.)

“M. President, I rise to say that nothing has changed in Cuba since Cuban arms were captured on this North Korean ship going through the Panama Canal a year and a half ago, just after the Obama Administration started its secret negotiations with the Cuban government. Not the regime. Not its mindset, not its oppression of its people! (Floor Chart #1).

“We could not trust the Castro regime then, and we cannot trust it now. What we can trust are the voices of the dissidents who have been arrested and re-arrested – time-and-time-again – year-after-year – for demanding nothing more than the ability to speak their minds, freely, openly, without fear.

“Voices like Berta Soler, the leader of the Ladies in White, who said: “Sadly, President Obama made the wrong decision. The freedom and democracy of the Cuban people will not be achieved through these benefits that he’s giving – not to the Cuban people – but to the Cuban government. The Cuban government will only take advantage to strengthen its repressive machinery, to repress civil society, its people and remain in power.” (Floor Chart #2).

“Or the voice of Yoani Sanchez, a prominent Cuban blogger and independent journalist who said: “[Alan Gross] was not arrested for what he did, but for what could be gained from his arrest. He was simply bait and they were aware of it from the beginning. Castroism has won, though the positive result is that Alan Gross has left alive the prison that threatened to become his tomb.” (Floor Chart #3).

“Or the voice of Rosa Maria Paya – the daughter of Oswaldo Paya – the island’s most prominent and respected human rights advocate – killed in what remains a suspicious – quote – unquote – “automobile accident.” Rosa Maria Paya said, “The Cuban people are being ignored in this secret conversation, in this secret agreement that we learned today. The reality of my country is there is just one party with all the control and with the state security controlling the whole society. If this doesn’t change, there’s no real change in Cuba. Not even with access to Internet. Not even when Cuban people can travel more than two years ago. Not even that is a sign of the end of the totalitarianism in my country.” (Floor Chart #4).

Or the voice of Sakharov Prize winner, Guillermo Farinas who spoke for many Cuban dissidents when he said this: “Alan Gross was used as a tool by the Castro regime to coerce the United States. Obama was not considerate of Cuban citizens and of the civil society that is facing this tyrannical regime. In Miami, Obama promised that he would consult Cuba measures with civil society and the non-violent opposition. Obviously, this didn’t happen. That is a fact, a reality. He didn’t consider Cuba’s democrats. The betrayal of Cuba’s democrats has been consummated.” (Floor Chart #5).

“And the powerful voice of the husband of Berta Soler, Angel Moya, a former political prisoner of the Black Spring in 2003 when the Fidel Castro imprisoned 75 including 29 journalists along with librarians and democracy activists. “The Obama Administration has ceded before Castro’s dictatorship. Nothing has changed. The jails remain filled, the government represents only one family, repression continues, civil society is not recognized and we have no right to assemble or protest. The measures that the government of the United States has implemented today, to ease the embargo and establish diplomatic relations with Cuba, will in no way benefit the Cuban people. The steps taken will strengthen the Castro regime’s repression against human rights activists and increase its resources, so the security forces can keep harassing and repressing civil society.” (Floor Chart #6).

“These are the voices of freedom in Cuba. These are the men and women who have been arrested and suffered under the oppressive hand of the Cuban Regime for their belief in the right of all Cubans to be free. These are the people who know that nothing – nothing – nothing – has changed. The Regime – after reaping the benefits of what, in my view, is a bad deal – is still arresting peaceful protesters, including more than 50 at the end of December.

“Let me say, while I welcome the news that Cuba has released these 53 political prisoners, and that the Administration has shared the list of names it negotiated with the Castro Regime – this entire process has been shrouded in secrecy. However, while Reuters reports that Administration officials said that the list was created in June or July, some of the 53 were released well before June, fourteen – to be exact – were released 6 to 8 months before the December 17th announcement, and one was released over a year ago. Many had simply finished their unjust prison terms. Clearly, keeping the list secret provided the regime flexibility to define “mission accomplished.”

“In short, while 53 political prisoners have been let-out of jail, the same corrupt jailer is still ruling the country. The Castros have a long history of re-arresting these political and human rights activists whom they’ve previously released.

“Will these 53 political prisoners be able to peacefully work in their country for freedom and human rights – or will they be thrown into Castro’s gulags once again? That remains to be seen.

“The fact is – as a Cuban-American who has spoken out time and time again on the brutal repression of the Cuban people under the Castro Regime – someone whose family has suffered the consequences – I believe the agreement the Administration has reached with the Castro Regime is one-sided and misguided.

“It fails to understand the nature of the regime that has exerted its authoritarian control over the Cuban people for over 55 years. No one wishes that the reality in Cuba was more different than the Cuban people and Cuban-Americans that have fled the island in search of freedom.

“In December, the same month the President announced changes to U.S. policy, the Cuban Commission for Human Rights & National Reconciliation (CCHR) documented 489 political arrests – bringing the total number of political arrests during the first eleven months of 2014 to 8,900.

“This is a regime that imprisoned an American citizen for five years for distributing communications equipment on the island. Releasing political prisoners today in Cuba is meaningless if tomorrow these individuals can be arrested again and denied the right to peacefully pursue change in their own country.

“M. President, it’s a fallacy that Cuba will change just because the American President believes that if he extends his hand in peace that the Castro brothers suddenly will unclench their fists. As you have seen from the quotes I have read – a majority of democratic activists on the island – many with whom I have met – have been explicit that they want the U.S. to become open to Cuba only when there is reciprocal movement by the Castro government. They understand that the Castros will not accede to change in any other way. In my view, and in theirs, the United States has thrown the Cuban regime an economic lifeline.

“With the collapse of the Venezuelan economy, Cuba is losing its main benefactor, but will now receive the support of the United States, the greatest democracy in the world. This is a reward that a totalitarian regime does not deserve. It is a reward that, at the end of the day, perpetuates the Castro regime’s decades of repression. The regulatory changes the Regime has won – which are clearly intended to circumvent the intent and spirit of U.S. law and the U.S. Congress – present a false narrative about Cuba that suggests that the U.S., and not the regime, is responsible for their economic failure.

“Let’s be clear – Cuba’s economic struggles are 100 percent attributable to a half century of failed political and economic experiments that have suffocated Cuban entrepreneurs. In Cuba, private business is controlled by the Cuban government, most significantly the military, with the benefits flowing directly to the regime’s political and military leadership. Cuba has had political and economic relations with most of the world, but companies choose not to engage because of political, economic and even criminal risks associated with investment on the island, as exhibited by the arbitrary arrests of foreign investors from Canada, England and Panama in recent years.

“So, to suggest that Cuba should be taken off the list of state sponsors of terrorism is alarming while Cuba harbors American fugitives like Joanne Chesimard – a cop killer – who is on the FBI’s list of Most Wanted Terrorists for murdering New Jersey State Trooper Werner Foerster. And despite Cuba’s colluding with North Korea to smuggle jets, missile batteries, and arms through the Panama Canal – in violation of the U.N Security Council Resolution. And for giving refuge to the FARC from Colombia – and the ETA from Spain – groups that the State Department recognize as Foreign Terrorist Organizations.

“With respect to the President’s decision to attend the Summit of the Americas, I’m extraordinarily disappointed that we intend to violate our own principles, laid down in the Inter-American Democratic Charter in 2001, on the Summit being a forum for the hemisphere’s democratically-elected leaders. This action disavows the Charter and sends a global message about the low priority we place on democracy and respect for human and civil rights.

“In this new Congress, I urge incoming Senate Foreign Relations Committee Chairman Bob Corker to hold hearings on this dramatic and mistaken change of policy. And I will keep coming to this floor to address – at length – all of the issues I have raised. I will come to this floor – again and again – to expose one of the most oppressive, repressive, and undemocratic regimes in the world.

“To those of my colleagues who herald this agreement – and for those in the press who still live with the mistaken romanticism of the Castros’ revolution and who speak out about human rights abuses and democratic movements all over the world – it is so hypocritical that you are so silent – a deafening silence – when it comes to the democratic and human rights movement in Cuba.

“This does not end here. It does not end today with one speech. It will not end until the people of Cuba are truly free!

“With that, M. President, I yield the floor.” 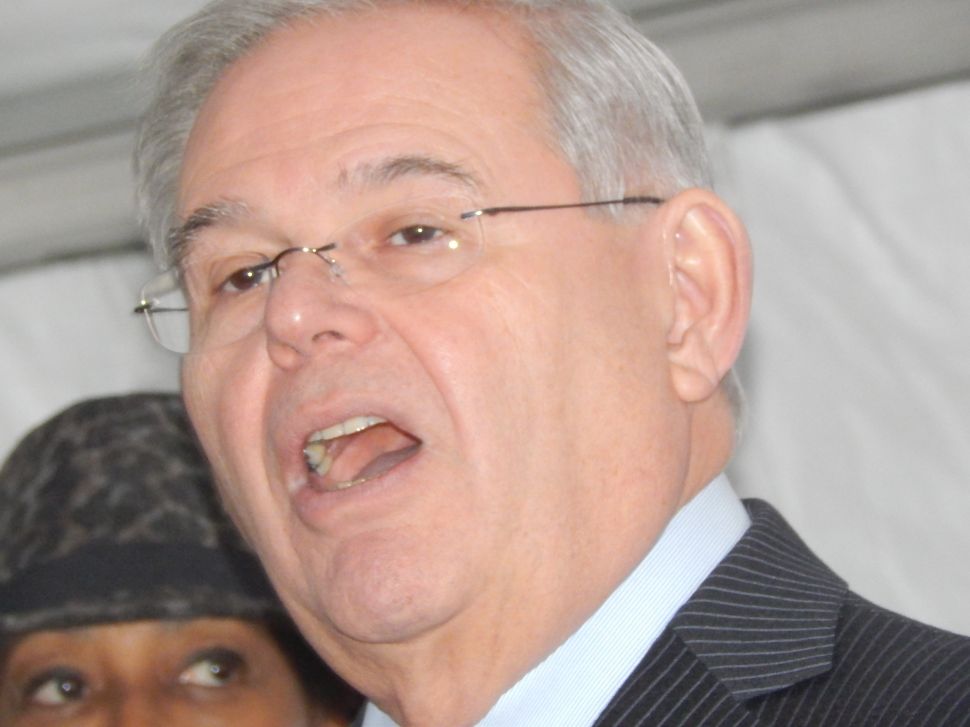