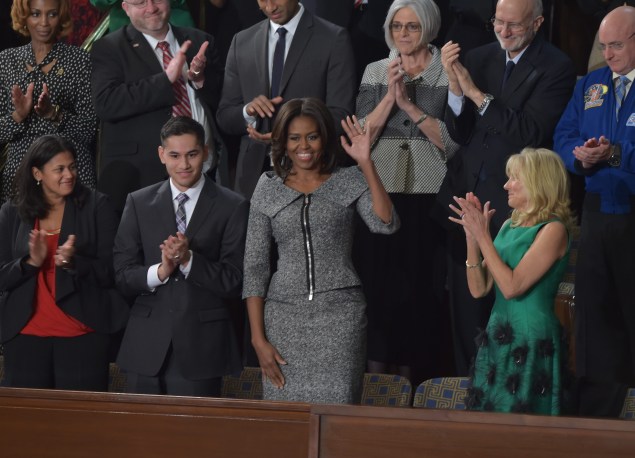 First Lady Michelle Obama arrives at the U.S. Capitol for the State of the Union Address. (Photo via Getty)

For tonight’s State of the Union address, First Lady Michelle Obama cheered her husband on in a monochromatic, grey, tweed suit designed by Michael Kors.

It appears to be a streamlined version of this look from the designer’s fall and winter 2013 collection. The jacket is available for purchase (UPDATE: was, until it sold out this morning) at Neiman Marcus, discounted from $1595 to $797. 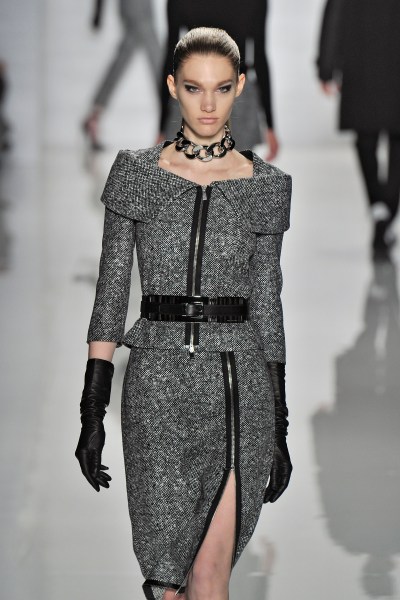 A model walks the runway for Michael Kors in 2013. (Photo via Getty)

The chunky zipper anchors the look firmly in the 21st century, while the wide lapels and hourglass silhouette bring to mind classic fashion photographs of the 1950s, such as this one: 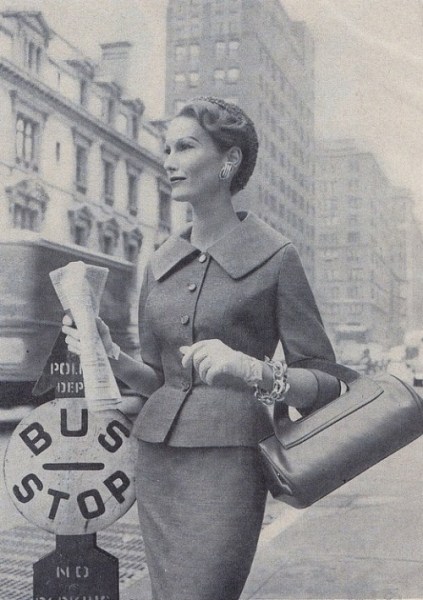 All in all, it is the perfect look for acknowledging the past while looking toward the future — and paying homage to an iconic American brand. 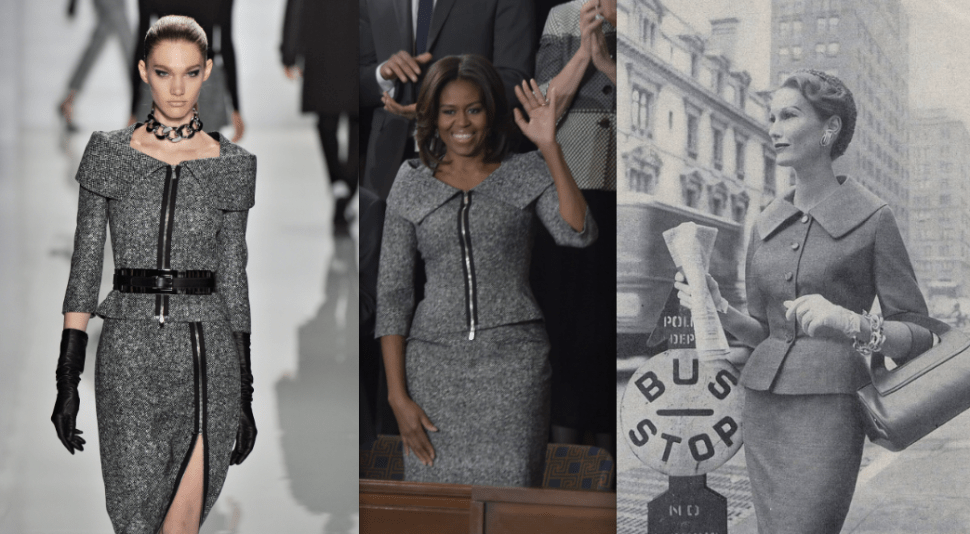