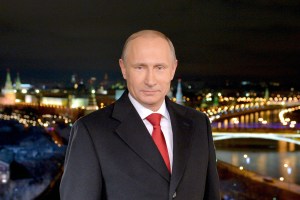 At the conclusion of the 2012 presidential campaign, it seemed Mitt Romney’s two most memorable sound bites were his plutocratic description of the 47% in which he seemed to claim that almost half the American electorate did no work. In addition, his awkward use of the phrase “binders full of women” to describe efforts to bring women into his administration as governor of Massachussetts, during the second presidential debate was a lasting memory of Mr. Romney’s campaign of unforced errors.

Today, as Mr. Romney stands on the precipice of his third consecutive presidential campaign, he is hoping that voters focus less on those two gaffes and more on his statements about Russia, and Vladimir Putin, during that 2012 campaign. On several occasions during the 2012 campaign Mr. Romney referred to Mr. Putin as “our top geopolitical threat.” Notably, during the third presidential debate, Mr. Romney backed away from this claim and rephrased his remarks to present Russia as a geopolitical foe, not the leading foe.

“Russia I indicated is a geopolitical foe… and I said in the same — in the same paragraph I said, and Iran is the greatest national security threat we face. Russia does continue to battle us in the U.N. time and time again. I have clear eyes on this. I’m not going to wear rose-colored glasses when it comes to Russia, or Mr. Putin. And I’m certainly not going to say to him, I’ll give you more flexibility after the election. After the election, he’ll get more backbone.”

For Mr. Romney, that statement is central to his critique of President Obama’s second term, and indeed is a reflection of much of the raison d’être for yet another White House bid. Mr. Romney would like to assert that he has a more sober and critical view of Russia and Mr. Putin, while Mr. Obama, who used his first term in the White House to push the reset button with Moscow, has never fully understood the threat represented by Russia. Events in Ukraine, and increasing authoritarianism in Russia are both reasons to believe that Mr. Romney’s understanding of Russia was accurate. It is not difficult to see that Mr. Romney understood Russia, at least in very broad strokes. The question this raises is so what.

Mr. Romney’s views on Putin were accurate, but his understanding of the Obama administration’s Russia policy is less so. During Mr. Obama’s first term, the US stood its ground on a range of important Russia-related policies, including non-recognition for Abkhazia and South Ossetia, working to bring Georgia into NATO and continuing to advocate for greater freedom within Russia. 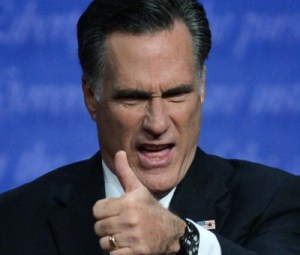 The prescience of Mr. Romney’s views of Mr. Putin expressed during the 2012 campaign can therefore be easily overstated. Most significantly, Russia is not the greatest geopolitical threat to the US. To assert otherwise is to overlook the myriad related threats posed by Iran and Jihadist terror and to give Russia too much credit. Russia is a regional power that is absolutely a threat to several of its neighbors, but it is far from the greatest threat to our security. This is why Mr. Romney qualified his view of Russia during the debate and essentially stated the position of the Obama administration at the time. It should be recognized that Mr. Romney understood that Russia was a geopolitical foe in 2012, but that view was hardly unique at the time.

Additionally, while the Obama administration’s response to Russia’s nefarious actions in various parts of Ukraine has often seemed insufficient and ineffective, it is not at all clear what Mr. Romney or any other Republican could have done better. Mr. Romney has, to his credit, not addressed this question with the ignorance and bravado of potential primary rival Chris Christie, who when asked what he would have done about Ukraine if he were president, replied simply and vexingly, “I don’t believe, given who I am, that he (Mr. Putin) would make the same judgment, Let’s leave it at that.” Nonetheless, once the Republican bluster subsides, the policy recommendations are not very different from the combinations of sanctions, troop movements and gestures of support for regional allies that have characterized the Obama administration’s response to the Ukraine crisis.

Several Republicans, most visibly John McCain, spent most of 2014 pushing for a more robust military response to Russia’s incursion into Ukraine including sending lethal weapons to Kiev. They were eventually successful in this effort as a bill to that effect was passed by congress and signed into law by President Obama last month. If Mr. Romney had been president, it is certainly possible that law would have been signed earlier. It is impossible to know what would have been the impact of that, but likely wrong to assume that the result would have been a less aggressive Russia—or less bloodshed. In fact, it might have led to broader conflict.

Mr. Romney may decide not to make a third quest for the White House, and even if he does, the road to the nomination will be much more difficult in 2016; Mr. Romney will face stronger and better organized primary opponents than he did in 2012. Inevitably, if he runs, Mr. Romney’s campaign will be an “I told you so” campaign in which the implicit argument is that things would have been better President Obama had not been reelected in 2012 (despite a recovering economy). Mr. Romney’s alleged prescience on Russia and insight into the the former Soviet Union will be one of the foundations of that argument.

Should this approach carry Mr. Romney to the nomination, there will very likely be a general election between two “I told you so” candidates. Likely Democratic nominee Hillary Clinton has been running beating the “I told you so” drum for almost three years now; and even began one of her first campaign songs with the phrase “Learnin’ hindsight’s always right.” If, as seems to be the case, Mr. Romney and Ms. Clinton are still smarting from their defeats at the hands of Mr. Obama in 2012 and 2008 respectively, that is unfortunate for them, but it is not a good foundation for a presidential campaign.

In 2016, as in all presidential campaigns, voters will have a lot to consider about the country’s future. Determining which candidate is best suited for the foreseen and unforeseeable economic, security, environmental, political and other challenges that lie ahead will be difficult. Having two candidates reminding us that they are smarter than the man who beat them, and who is, according to more recent polls, not quite so unpopular, will be a distraction from what should be the real heart of the debate. Mr. Romney can be proud that he understood the threat represented by Mr. Putin well enough to encapsulate the foreign establishment position by late 2012, but that’s probably not the best insight around which to build a winning campaign. 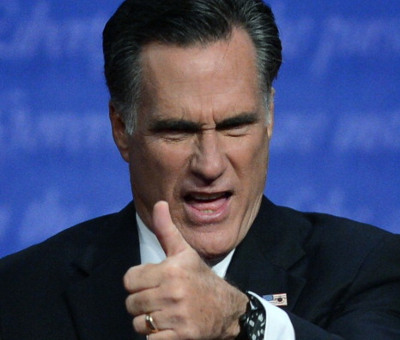