Unfortunately, it’s also the day brands repeatedly embarrass themselves with totally tactless #MLK-themed tweets. No matter how much they’re chastised for promoting themselves on MLK Day or Memorial Day, it seems brands can’t resists the urge to capitalize on solemn national holidays.

To be fair, we get the appeal—with everyone sharing hashtags like #MLK and #MLKDay today, it’s an easy way to ~expose your brand~ to thousands of viewers. And there are some brands that use the hashtags tastefully—like AARP, who took the opportunity to share an inspiring quote:

Join us in celebrating Martin Luther King, Jr. by remembering his dream for our nation. http://t.co/QYlpF3fkj0

On the flip side, others brands are using MLK Day as an extremely tacky, often offensive way to market themselves—like the linens company who’s not only having an #MLKDay sale, but also thought it was appropriate to use #whitesale in its tweet:

Because there’s seemingly no shortage of social media directors who think these types of tweets are okay, we’ll be updating this list all day with some of the worst offenders. If you’d like to share an especially egregious ad with us, send it via email to jtaylor@observer.com.

And now, without further ado, here are some of today’s top offenders:

Um, are we talking about MLK or the Super Bowl?! Update: the Seahawks seem to have deleted their original tweet, but we managed to grab a screenshot:

That promo code is really something:

Don't forget, today's the last day to take advantage of our #MLKday sale – 15%off all orders over $50 with promo code "ihaveadream"!!

They don’t call him Martin Luther “who had a dream” King, Jr. for nothing:

#MLKDay weekend sale. From luggage to appliances, from movies to books and entertainment . SCT remembers the man "who had a dream"

Actually, a “great offer” wasn’t what MLK was dreaming of:

Again, probably not the kind of big dreams MLK had in mind:

There are a lot of great ways you can honor MLK, but actually none of them involve discounted Playstations:

Because MLK Day is all about YOU:

Here’s a great find by Amber Gordon (Popchips seems to have since deleted its tweet): 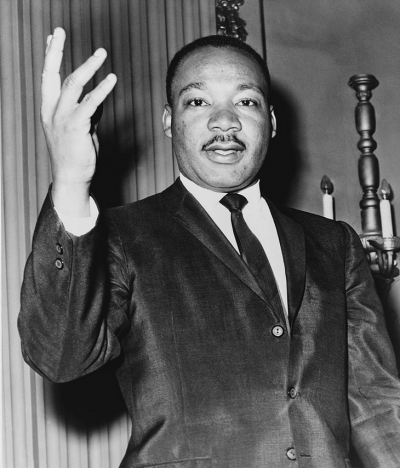