So here we are in the saddle again in the new year. Belatedly, we wish you and yours a happy and prosperous 2015! (PolitickerNJ Editor)

GREEN BAY, Wis. — New Jersey Gov. Chris Christie took his orange sweater to Lambeau Field on Sunday to cheer his beloved Dallas Cowboys. But it did not go the governor’s way with Green Bay winning 26-21.

Jeb Bush once called for building prisons and emphasizing “punishment over therapy” for juvenile offenders. Today, he supports reforming the criminal justice system, arguing that incarceration can harden low-level lawbreakers into career criminals.

The governing body has some familiar backup in its struggles to funnel state funding into Greenwood Lake.

Staggering amounts of overtime at the Port Authority, especially in the police ranks, underscore widespread mismanagement and the need for greater oversight of the bi-state agency, which has come under critical scrutiny since the George Washington Bridge lane-closings scandal last year, state lawmakers said Friday. (Reitmeyer/The Record)

Parts of New Jersey boom with incentives, others struggle

Last week, when Mercedes-Benz announced it was moving its U.S. headquarters from Montvale, New Jersey, to Atlanta, it added more evidence to the notion that when it comes to attracting and retaining business, New Jersey is on two different tracks.

Here is a look at the issue. (Mulvhill/SFGate)

TRENTON, N.J. (AP) – New Jersey lawmakers are considering a bill that would require the state to expedite the handling of applications for food stamps.

State Sen. Raymond Lesniak, a Democrat who is sponsoring the bill, says it’s a response to the slow processing of applications by the state administration. (NBC)

Questioned at Sunday’s playoff game following a PolitickerNJ report about a donation from Cowboys legend Roger Staubach, Gov. Chris Christie told The Daily News that he returned the money contributed by Staubach as soon as he heard of a conflict of interest stemming from a contract Staubach’s real estate firm, Jones Lang LaSalle, landed with the Port Authority of New York and New Jersey. (PolitickerNJ)

The only obvious question at this point is whether Rodgers, in salvaging Dallas Cowboys super fan Christie from unraveling utterly, might be available for the political payback of VP pick if Christie can get through the presidential primary. (PolitickerNJ) 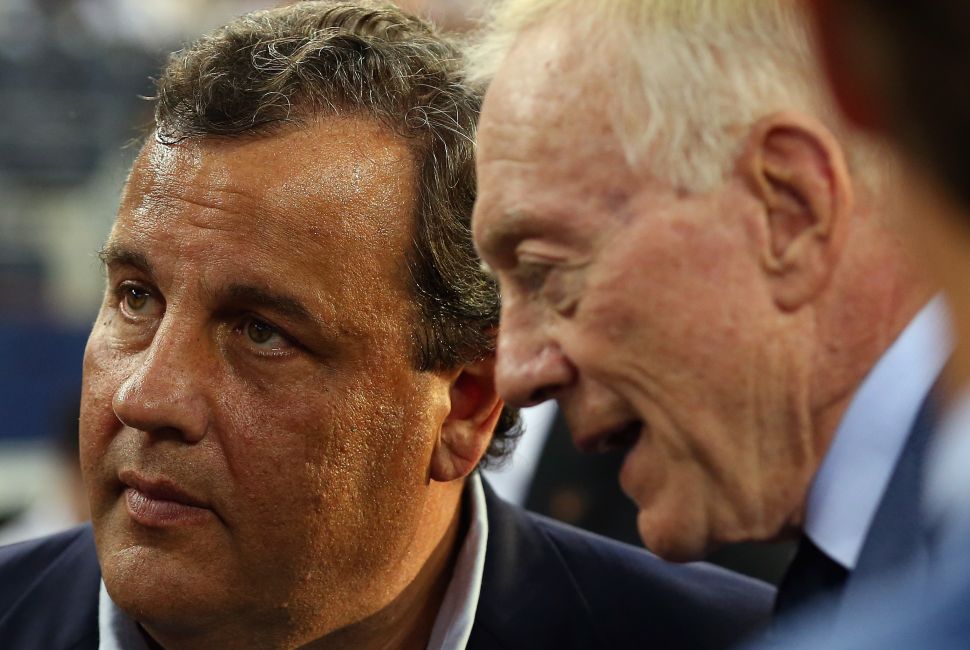