Holley on Christie’s State of the State speech: “There are other cities in this state that need help”

NEWARK – Days after he officially announced that he would seek the 20th Legislative District state Assembly seat left vacant by now-Union County Sheriff Joseph Cryan, Roselle Mayor Jamel Holley spoke out about the speech that was the talk of New Jersey’s political world this week: Gov. Chris Christie’s State of the State address. (Bonamo/PolitickerNJ)

Holley on Christie’s State of the State speech: “There are other cities in this state that need help” | New Jersey News, Politics, Opinion, and Analysis

Hughes announced his re-election plan before a crowd of 500 in the West Windsor Hyatt with U.S. Rep. Bonnie Watson Coleman (D-12) and Senate President Steve Sweeney (D-3) in the house. (Pizarro/PolitickerNJ)

In Roselle, Holley will run with local ally Dansereau

Roselle has lacked representation in the legislature since the 2008 meltdown of Neil Cohen, but that’s about to change, or so hopes Holley, who with the endorsement this week of Sheriff Joe Cryan, secured yet another critical piece of the party establishment on his way to succeeding Cryan as an assemblyman in the 20th Legislative District. (Pizarro/PolitickerNJ)
In Roselle, Holley will run with local ally Dansereau | New Jersey News, Politics, Opinion, and Analysis

Dems coalesce behind Taliaferro in LD3

A former aide to Gov. Chris Christie is being recruited to work on former Massachusetts governor and two-time Republican presidential contender Mitt Romney’s next White House bid, according to a report by CNN.

Former Christie spokesperson Colin Reed, who most recently served as former Massachusetts Senator Scott Brown’s campaign manager, will work for Romney as a media liason on a “volunteer basis,” according to the report. Reed left Christie’s office early last year to work on Brown’s unsuccessful election campaign in New Hampshire, and was formerly the deputy director of Rapid Response for Romney’s 2008 presidential campaign.

Both Christie and Romney are publicly mulling bids for the Republican nomination in 2016. (Brush/PolitickerNJ)

Dems 2017: Codey, Lesniak both show ambition to be N.J. governor

NEWARK – There may be a trio of potential 2017 Democratic gubernatorial candidates trying to get New Jersey voters to dance to their tune. But two party stalwarts have recently shown evidence that they might want to make that electoral orchestra a quintet. (Bonamo/PolitickerNJ)

Republican Assemblyman Sam Fiocchi (R-1) has only spent a little over a year toiling under the gold dome here in Trenton, but he’ll likely face a real test before the clock runs out on his second.

Fiocchi, a former freeholder in his home Cumberland County, is up for re-election this year in South Jersey’s first legislative district. It’s a battleground likely to turn out to be one of the most competitive in 2015 electoral politics, as it neighbors LD1 and encompasses a sliver of Atlantic County, both ground zero for the state’s ailing gambling mecca. (Brush/PolitickerNJ)

TRENTON — A bill which would require New Jersey to continue participating in a regional compact to reduce climate change, air pollution, and fund clean energy projects was released by the Assembly Environment and Solid Waste Committee this afternoon — a move consistent with legislature’s challenge to the state’s removal from the program late last year.

NEWARK – On the 86th birthday of Martin Luther King, Jr., more than 150 protestors used a tactic often deployed by the slain civil rights leader – a sit-down, civil disobedience protest, this time on a Newark bridge to support better working conditions at nearby Newark Airport. (Bonamo/PolitickerNJ)

Chris Christie: Election’s a year Away; ‘Everybody Just Calm Down’

New Jersey Gov. Chris Christie said he can remain friends with the Bush family and run against Jeb Bush should he decide to enter the Republican presidential race. “I don’t think it means it has to end a relationship between me and Jeb or me and the president and Laura,” Christie said during his monthly “Ask the Governor” appearance on a New Jersey radio station.

Pressed about renewed rumblings this week that he will soon jump into the 2016 contest, Christie joked, “What did I do? I didn’t do anything. I don’t understand what you’re talking about. I gave a ‘State of the State’ speech.”

Christie insisted he has not yet decided about his future. “What I have told everybody, supporters of mine, potential donors of mine, staff, is relax. No one is voting for another 12½ months.” (O’Donnel/NBC)

Could Christie be bullied out of 2016?

Manchester, New Hampshire (CNN)New Jersey Gov. Chris Christie dominates almost any room he enters but is suddenly facing questions about his relevance in the 2016 presidential race.

The surprisingly fast-moving Republican presidential contest, kicked off by Jeb Bush shortly after the New Year and accelerated by the unexpected re-emergence of Mitt Romney, is putting pressure on Christie, who was once the Republican establishment’s favorite.

The big-check GOP contributors that were once assumed to be Christie’s for the taking — in particular the Wall Street financiers just across the Hudson River from New Jersey — are now being courted aggressively by Bush and Romney as they ramp up their campaigns. (Hamby/CNN)

New Jersey says it does not have to make pension contributions

(Reuters) – An attorney for New Jersey Governor Chris Christie’s administration argued in court on Thursday that the state cannot be forced to make its contributions into the public pension system. (Russ/Reuters) 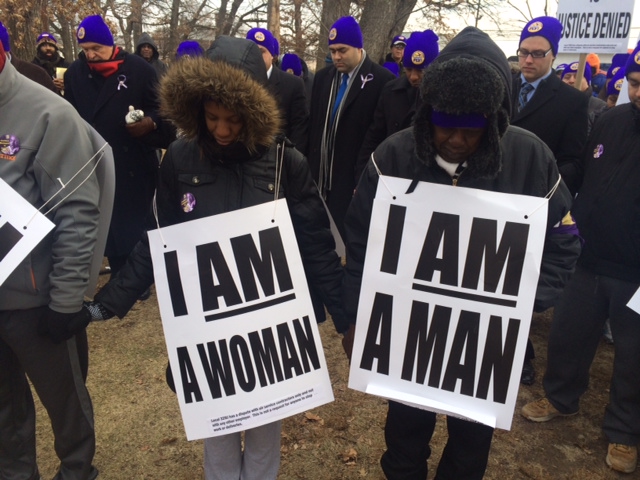