At portentous swearing-in, DiVincenzo floats Menendez and Booker for VP

NEWARK – If theater inevitably permeated today’s Essex County government reorganization ceremony it was not Shakespeare, or even Christopher Marlowe, whose Doctor Faustus doomed to spiritual serfdom the title character on the substance of his decision-making.

In this case, Essex County Executive Joe DiVincenzo – a leading New Jersey Democrat who in 2013 backed Republican Governor Chris Christie then turned around and ran unopposed in the 2014 Democratic Primary – appeared absolved for all time – or at least until 2016 and the coming portents of presidential politics – and 2017, where indeed, his ring of glory beckons all statewide players forth to kiss. (Pizarro/PolitickerNJ)

HACKENSACK – Hours after being sworn in by former Governor Richard J. Codey, Bergen County Executive Jim Tedesco signed a memorandum of agreement that began the process of realigning the Bergen County Police Department with the Bergen County Sheriff’s Office, an issue that played a key role in his November 2014 election victory. (Bonamo/PolitickerNJ)

Former New York Governor Mario Cuomo has died. He was 82. Governor Chris Christie released the following statement tonight on the death of the former governor. “Our country and our region lost a giant today with the passing of Governor Mario Cuomo,” Christie said. “He was a strong, eloquent leader who loved New York and its people. As an Italian-American, he was also a role model for future generations that anything was possible through hard work and education. Finally, he was a great husband, father and grandfather. Mary Pat and I send our deepest condolences to Matilda, Governor Andrew Cuomo and the entire Cuomo family.” (Pizarro/PolitickerNJ)

The New Jersey Herald this afternoon reports that veteran Assemblywoman Alison Littell McHose (R-24), daughter of the late state Senator Robert Littell and one of the most conservative members of the Legislaure, will leave the assembly to serve as administrator of Franklin Borough. (Pizarro/PolitickerNJ)

Cuomo, the late father to sitting New York Gov. Andrew Cuomo, died at his home shortly before 5 p.m. today, according to CNN. Mario Cuomo was reportedly recently hospitalized to treat a heart condition. He was 82. (Arco/NJ.com)

TRENTON — New Jersey’s lowest wage earners will get a little extra change in their pockets at the end of today’s shift, while business owners will have to shell out a little more.  The state’s minimum wage, which Wednesday was $8.25 an hour, is now $8.38 due to an automatic adjustment. (Friedman/NJ.com)

For decades, the authority has been a repository of patronage and political interference, exploited by leaders in both states. The Cuomo and Christie administrations, critics argued, saw little incentive in effecting sweeping change. (Flegenheimer/NY Times) 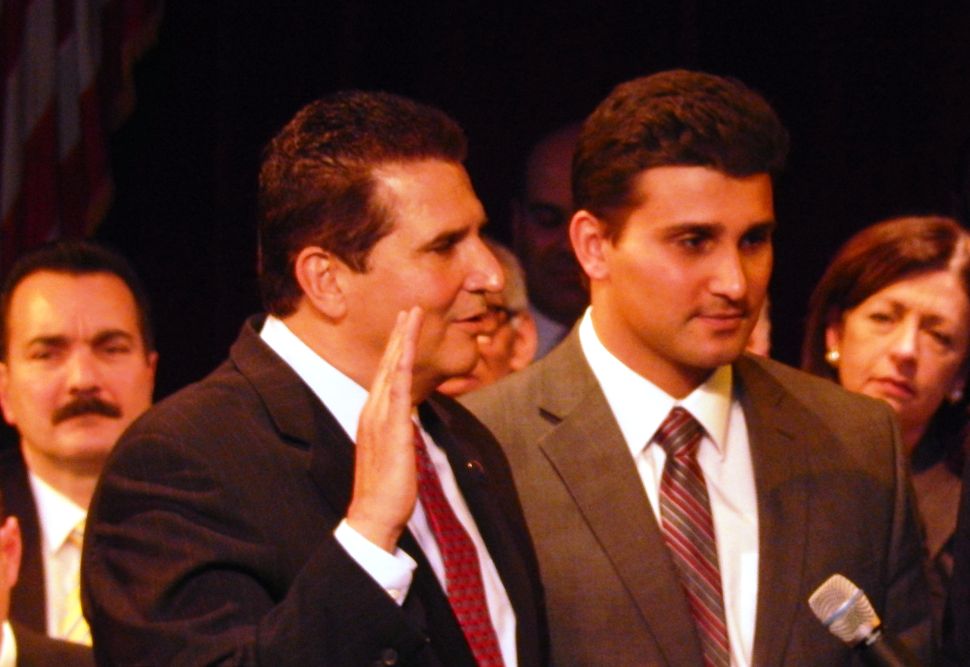