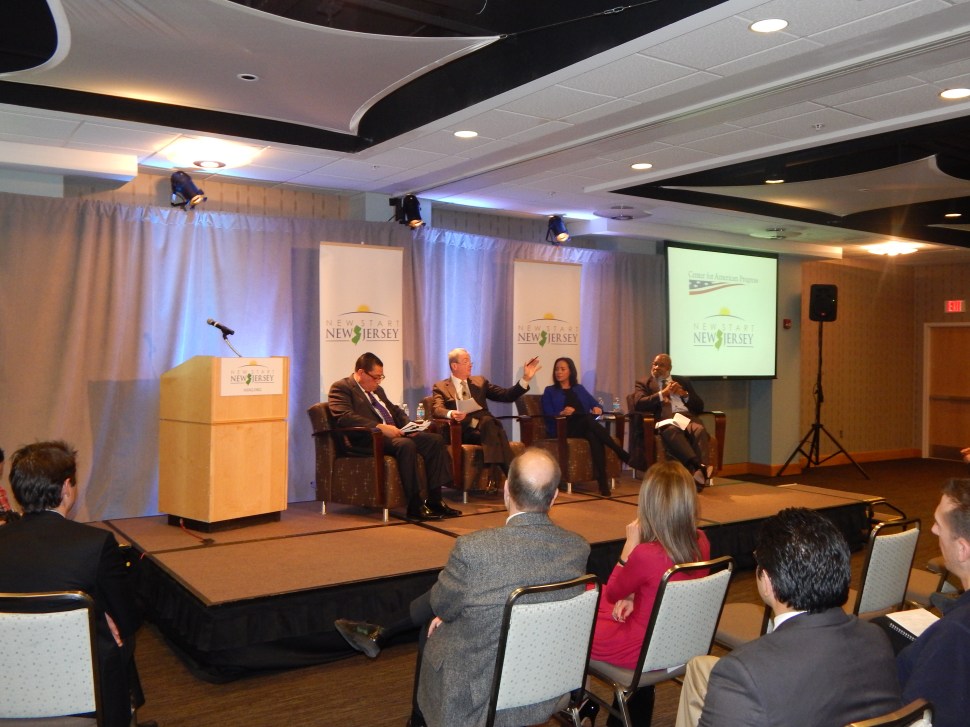 NEW BRUNSWICK — At its second meeting since kicking off amid much political interest late last year, New Start New Jersey, the economic advocacy group founded by former Germany Ambassador and speculative 2017 gubernatorial candidate Phil Murphy, this morning unveiled a seven-point report the organization hopes will help advance its mission to “strengthen the state’s middle class and improve their quality of life.”

“[This report] offers a singular and clear purpose: rebuilding and strengthening New Jersey’s middle class,” Murphy said during the organization’s event this morning at the John J. Heldrich Center for Workforce Development at Rutgers University. “Today is one step toward making that a reality.”

Co-authored by the Center for American Progress, the proposals in the report are offered as recommendations, according to Murphy, to state legislators and policy makers that aim to enhance the “security and prosperity” of the average New Jersey family. Those recommendations include introducing a Child and Dependent Care Tax Credit for families to lessen the costs of caring for loved ones, banking partnerships that would shift deposits from the state to community banks on the agreement they lend to small businesses, and increasing the state Earned Income Tax Credit to 25 percent of the federal credit.

“These are seven very compelling moves that we should consider seriously taking, but it doesn’t by any means represent a comprehensive strategy as of yet. That’s our ultimate objective,” Murphy said.

The organization’s latest event — which also featured a public panel talk with experts, including Milly Silva, executive vice president of 1199 SEIU, Henry Coleman, a professor at Rutgers’ Edward J. Bloustein School of Planning and Public Policy, and Gualberto Medina, executive vice president of CBRE Group — comes just a few months after its launch in November of last year. There, at an NJIT-hosted event headlined by New Jersey rockstar Jon Bon Jovi, a close friend of Murphy’s, many lawmakers and officials present expressed interest over the group and its gangling founder, with some wondering aloud at the significance of its timing and purpose.

Murphy has kept public interest surrounding his gubernatorial prospects percolating into the new year, appearing alongside Bon Jovi a second time for an event held on the final night of the League of Municipalities Conference in Atlantic City last year. The former Goldman Sachs alumn told PolitickerNJ today that he’s continued to meet with party leaders and political figures across the state in recent weeks, though he still feels he’s “under no pressure” to hasten his decision on a run.

And while today’s event was notably lacking in the way of big-haired rocker guests, it didn’t fail to renew chatter around Murphy’s political plans.

“[Coleman] talked about the issue of moving people into the middle class from poverty, and it sounds like that’s what a lot of those proposals were about — not really as we define the middle class,” said Patrick Murray, director of Monmouth University’s polling center.

“These are standard, progressive, national approaches,” Murray added of the seven proposals, suggesting they’re geared toward sending a message to a prospective Democratic base for Murphy’s future statewide run.

During a question and answer segment of the panel, Star Ledger columnist Tom Moran noted that nowhere in the report did the organization address rising property taxes, an issue many cite as the costliest impediment for middle class families in the state. A recent Monmouth University poll found that the state’s high cost of living, driven mainly by rising property taxes, was the biggest reason why more than half of New Jersey residents say they want to relocate.

For his party, Murphy said the report is a work in progress and that the organization has yet to tackled some important issues, but also denied the notion that the proposals — which were surprisingly similar to those advanced by President Barack Obama during his final State of the Union address last night — are overly-narrow in focus or are meant to cater to the progressive wing of the Democratic Party.

“No, no. One of the things we’re very tough on is that these things actually work,” Murphy told PolitickerNJ following the event. “We’re not into voodoo economics, which is why we did this with the Center for American Progress. These guys really kicked the tires. We know this stuff works or we wouldn’t have presented it.

“And the second point is, it’s a mistake I think to present this is the be all, end all — that if you put a nice bow around these seven ideas, you could check the box and go home,” he added. “As I mentioned, we’re after a comprehensive strategy. And there really hasn’t been one — there hasn’t been a New Jersey one and there hasn’t been a national one for the middle class.

On the issue of property taxes, Murphy suggested some sacrifice comes with calling as exceptional a state as ours home.

“No wisdom on that other than enough is enough,” he said. “You get a lot of government in New Jersey and you pay a lot for it. And the big attraction for New Jersey and for so many of us is it’s historically great value for money. You never go to New Jersey thinking it’s going to be a cheap place or a low cost place. That’s never really been the draw, at least in the modern era.”

“But that value proposition is in tilt mode, and we have to try and get it back,” he added. 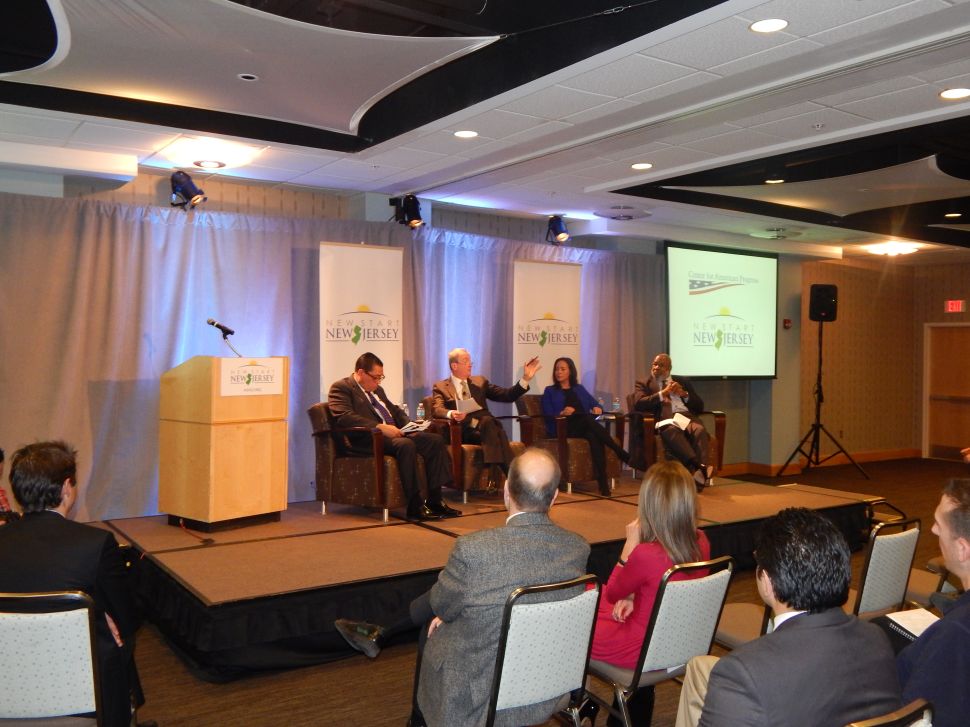