Between 200 and 400 people attended the march, including Francois Delattre, the French ambassador to the United Nations.

At one point the group of supporters sang the French national anthem, “La Marseillaise.” 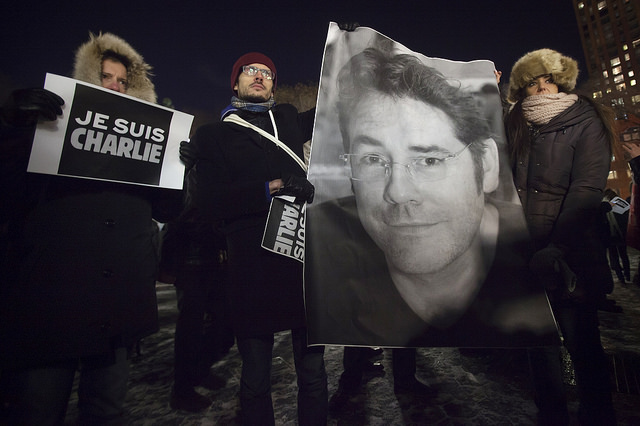