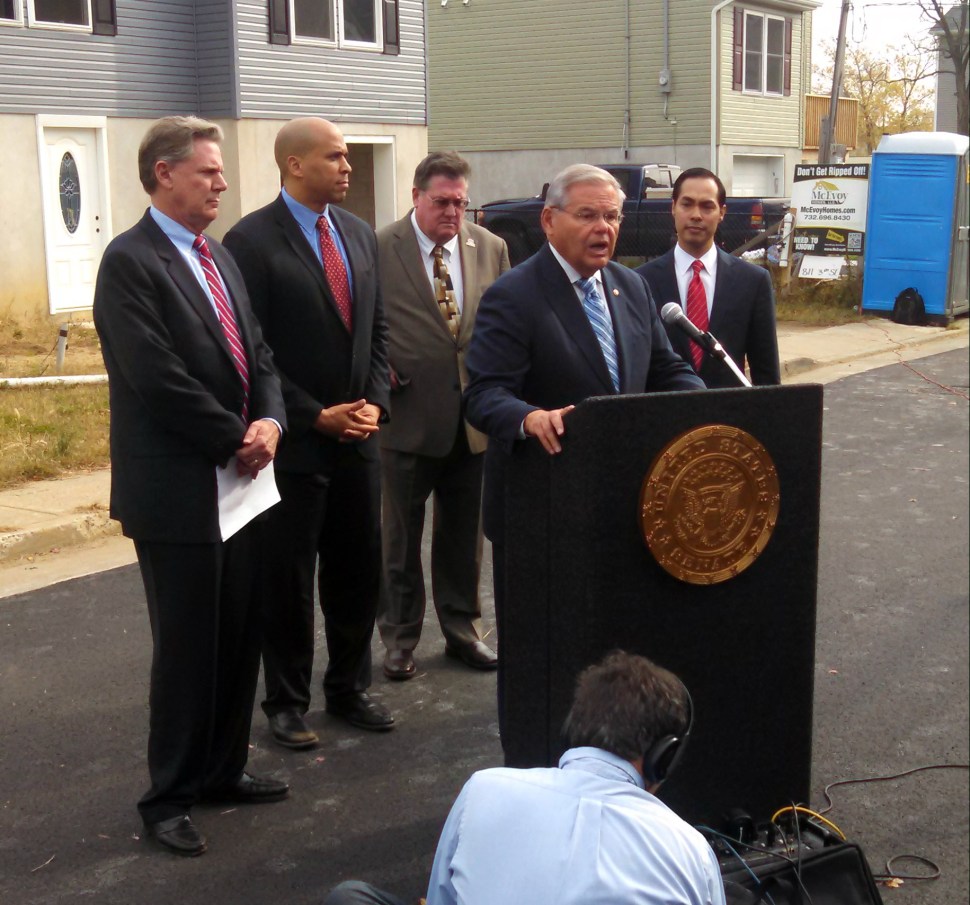 A bipartisan coalition of mayors and public officials representing parts of the Jersey Shore said today that they would oppose plans to explore offshore gas and oil drilling in parts of the Atlantic Ocean, rejecting what they called any possibility of putting in jeopardy shore communities still recovering from the effects of Hurricane Sandy.

In a conference call on the issue this morning, U.S. Senators Bob Menendez (D-NJ) and Cory Booker (D-NJ) joined U.S. Rep. Frank Pallone (D-6) and members of N.J. League of Municipalities in condemning the move, saying it would endanger the state’s tourism and fishing industries, among others.

“The last thing these people need is the threat of a man-made disaster from an oil spill on top of a natural disaster,” said Menedez, adding the threat is “very real.”

On Tuesday, the Obama Administration proposed opening areas up and down the Atlantic Coast to oil and gas drilling with 14 potential lease sales between 2017 and 2022. Ten of the proposed leases cover areas in the Gulf and three in Alaska, but at least one includes an area more than 50 miles off Virginia, North and South Carolina, and Georgia.

The administration has said the leases would make nearly 80 percent of undiscovered but technically recoverable resources available for drilling, and increase the U.S.’s fossil fuel independence from other countries.

But Menendez and other public officials in New Jersey, as well as many environmental groups, say the plan overestimates the safety of drilling in these regions, and that the risk of disaster is unduly skewed toward tourism and shore businesses along the coast.

Menendez said in New Jersey alone, where a coastal tourism industry generates $30 billion dollars a year and supports 312,000 jobs, the results of an unintended oil spill would be “catastrophic.”

“We’ve heard the same claims from oil companies for years, that the offshore drilling is safe and that the risk of a threat is minimal, that we should trust big oil to be more concerned with safety than profit margins,” Menendez said. “But we know better.”

“The fact is drilling in the Atlantic as I have said is a risk-reward proposition: all of the risk is but on the backs of our shore communities, and all of the reward goes to big oil companies,” he added.

Booker echoed the sentiments, calling the plan “patently and deeply unfair.” He added that despite the distance between New Jersey and the areas subject to the lease sales, wind and water currents could easily carry oil from a spill north, affecting the state’s own coastal communities.

Booker said in addition to opposing the plan, he would call on lawmakers to “do something about the realities that are already effecting this fragile ecosystem,” citing the effects global climate change has had on ocean-based industries.

“We have a coast that cannot be separated by lines,” Booker said. “We live in one ecosystem.”

Pallone said that many of the communities in his district are still feeling the aftermath of Hurricane Sandy, which battered major parts of the Jersey Shore in 2013, and that oil drilling off the coast would pose another risk to residents of those towns.

“We’ve suffered, as both senators know, and the fact of the matter is that the Jersey Shore could not take another catastrophe,” Pallone said.

Brian Wahler, president N.J. League of Municipalities, said there is near-unanimous opposition to the administration’s plans among his group’s members, which includes both Democratic and Republican mayors from across New Jersey. Those present during the call all offered their own scathing critiques of the proposal.

“I come from a town where gambling is a way of life. But we certainly don’t want to gamble with offshore drilling,” Guardian, who’s also dealing with unrelated challenges in his own city, including an economic decline and partial state take-over, said.

Pallone, Menendez and Booker said they have sent a letter to President Obama asking him to remove the leases that could affect the north Atlantic regions. Pallone also asked that the administration hold a hearing in New Jersey during the comment period, which would take place in a couple months.

The proposals of lease sales covers a period of five years, and wouldn’t begin until 2017. Menendez and Pallone said there is still time for the administration to revise the plan. 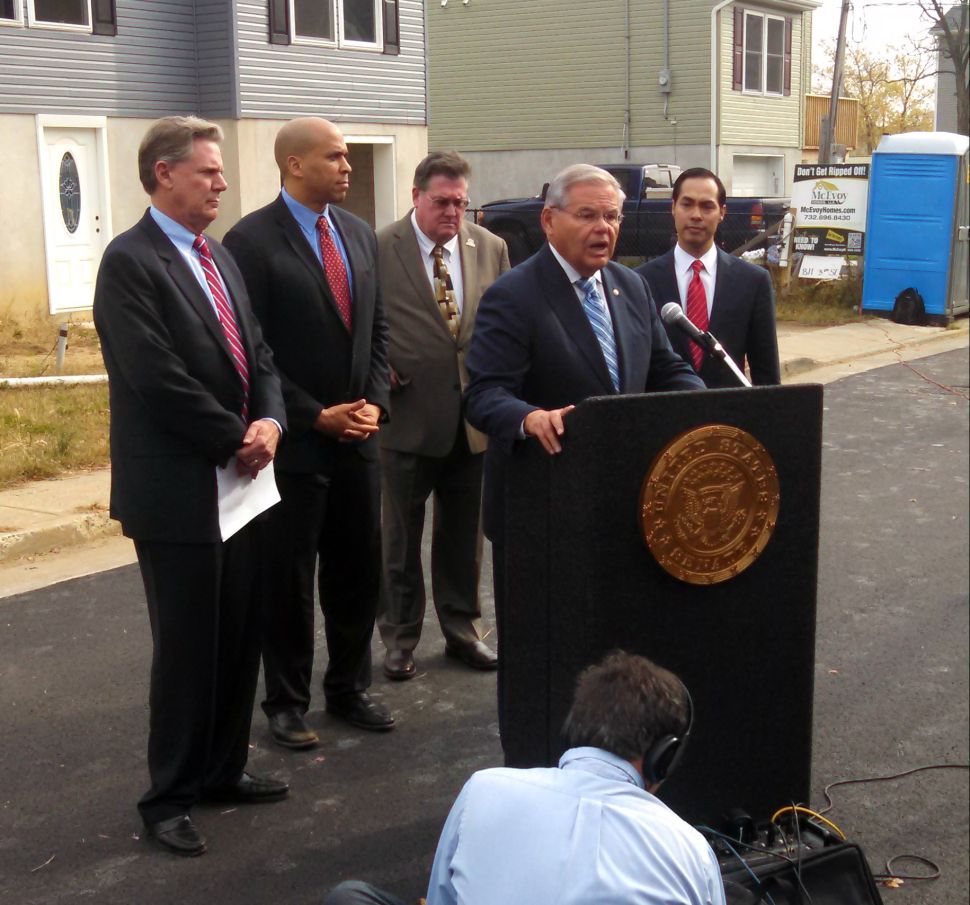